The International Consumer Electronics Show (CES) is often used as a bellwether regarding the industry's acceptance and enthusiasm for various wireless standards.


The International Consumer Electronics Show (CES) is often used as a bellwether regarding the industry’s acceptance and enthusiasm for various wireless standards. At this year’s CES, wireless solutions employing Bluetooth, NFC, ZigBee, Z-Wave, and Wi-Fi were omnipresent with Bluetooth interfaces, previously almost exclusively used for cellphone headsets, expanding its roll into fitness and medical products, computer peripherals such as mice and keyboards, audio accessories such as wireless stereo headphones, remote controls, toys, and other products.

However, Bluetooth is not standing alone – many solutions are coupling Bluetooth and near-field communications (NFC) devices to eliminate the cumbersome pairing process that was required to link a Bluetooth headset or peripheral to the host system. By combining NFC and Bluetooth, vendors have made the pairing process very simple – just “tap” (bring the Bluetooth device to within 1 or 2 cm of the NFC enabled host system) and the NFC interface provides the pairing handshake to the host system. This approach is growing in popularity as more cell phone vendors incorporate NFC interfaces in their phones.

The use of Bluetooth is accelerating in portable health- and fitness-related products. At CES, several novel products provided some impressive capabilities. For example, the HAPIfork from HAPILABS1 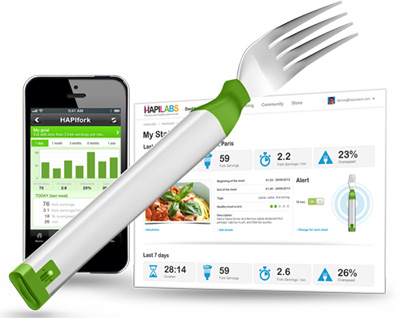 Figure 1: The intelligent HAPIfork from HAPILABS can count each forkful of food you eat and the rate at which you are eating. It can then send data back to a host system via a Bluetooth interface. Additionally, it can also let you know if you are eating too fast via indicator lamps or vibrations. (Courtesy of HAPILABS.)

To capture this data, the grip handle of the HAPIfork contains an electronic key, Bluetooth and USB interfaces, and other circuits that are activated when the fork is held. When the fork is put in the mouth, the circuit is closed, and the fork reports one “bite.” The HAPIfork also provides alerts in the form of indicator lights and gentle vibrations when it determines you are eating too quickly. Included with the fork is a complete software suite that provides an online dashboard to store and display your eating related data, a coaching program to help you eat smarter, a fun online social game to motivate you to modify your old habits, and still other tools.

Combining its EPIC sensors and a Bluetooth radio link to a smartphone, Plessey Semiconductors2 demonstrated a handheld electrocardiogram device capable of measuring a lead one (right arm minus left arm) capacitive ECG and then transmitting the data to a smartphone. The user simply touches the two contact pads with both thumbs. The EPIC sensors detect the changes in the electric potential of the body, and the raw data is transmitted to a laptop or smartphone. A custom software app installed on the smartphone can then display the ECG trace and the Heart Rate count to show trends. The Plessey parts are high-sensitivity electric potential sensors that can be used in either contact or non-contact modes. In the contact mode, the sensors measure bioelectric signals like ECG, EMG, EOG and EEG, while in the non-contact mode they can sense a disruption in the electric field caused by human-body movement that enables proximity or movement sensing, as well as gesture recognition.

Another vendor demonstrating several products based on Bluetooth V3.0+EDR Class 2 SPP. iHealth Labs3 displayed a couple of wireless blood-pressure monitors, a wireless scale that measures weight and body mass index (including body fat, muscle mass, bone mass, and other factors), a pulse-rate oximeter, and a glucose monitoring system that uses iHealth developed blood test strips and measures the glucose levels via amperometric technology using glucose oxidase. For those of you who did not throw in a biochemistry minor along with your engineering degree, amperometry determines the concentration of a material in a sample by measuring electric current passing through a cell that contains the solution.

A full fitness monitoring system, the Motoactv4 combines a fitness tracker, smart music player, and training system in a 4.6 x 4.6 x 0.96 cm package. The system lets you listen to music via optional Motorola SF600 Bluetooth wireless headphones while running or doing other workouts. Included in the system are a GPS tracker, a smart MP3 music player, a heart-rate monitor, and wireless music output via Bluetooth (Figure 2). The software lets you track your workout data like time, distance, speed, calories burned, and heart rate. The device is compatible with other ANT+ fitness devices and is Wi-Fi enabled so it can sync to the Motoactv training portal. Additionally, the built-in rechargeable lithium-ion battery will run the unit for up to 20 hours indoors or about 9 hours outdoors. 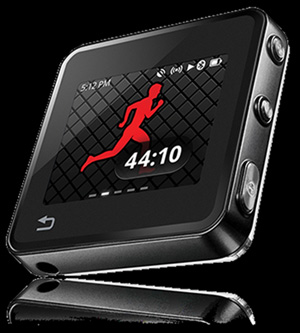 Figure 2: Housed in a sub-2 in.-square package, a full fitness monitoring system, the Motoactv from Motorola combines a fitness tracker, smart music player, GPS system, and training system. It links to a host system such as a smartphone and earphones using a Bluetooth link.

Putting some fun into Bluetooth, the Sphero5 ball is a Bluetooth toy controlled by either an iOS- or Android-based phone or tablet. Sphero is an Orbotix Smart Robot on the inside and an opaque, waterproof, high-impact polycarbonate shell on the outside (Figure 3). The ball can be made to roll at speeds of over 3 feet/s by using the smartphone’s or tablet’s Bluetooth radio to control speed and direction. The Sphero ball also includes a wireless induction charging system that eliminates the need to plug in a charging cable, thus keeping the ball’s surface very smooth. The internal battery provides about one hour of play time before requiring recharging. 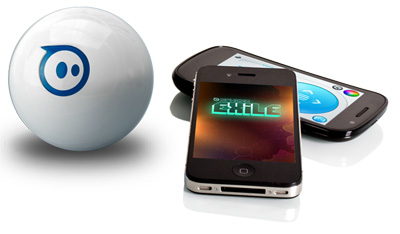 Figure 3: The Sphero ball is actually a smart robot developed by Orbotix and controlled via a Bluetooth link on a smartphone or tablet. The ball uses inductive coupling for wireless charging, thus eliminating the need to plug in a charging cable or replace batteries. (Courtesy of Orbotix.)

On the more serious side, the i’m Watch and I’m Here from Im S.P.A6 in Milan, Italy use Bluetooth connectivity and smart tethering to an Android or iOS phone to provide an extension of the smartphone services on the i’m Watch smartwatch, and GPS tracking and phone location finder on the I’m Here device. The i’m Watch functionality starts with the basic watch function displayed in either analog or digital formats (Figure 4). When linked via Bluetooth to a smartphone, the watch can display received calls show the caller’s name and number; users can also initiate calls by dialing or calling the number up from the phone’s contact list. The device can also check weather conditions in favorite cities and synchronize time automatically.

Smart tethering minimizes power consumption by activating the Bluetooth link only when it is really needed. The device can also use wireless hotspots and Wi-Fi connections. Both magnetometer and accelerometer sensors are included in the watch to provide compass and movement data. What is more, thanks to the Bluetooth link, additional sensors can also be paired to the watch. The watch includes a speakerphone, allowing hands-free conversations, and both incoming SMS and email messages can be read on the watch’s screen. Many other software features are also included for appointment management, Facebook, Twitter, and Instagram applications.

The I’m Here device is a GPS locator that can be linked via Bluetooth to a smartphone or tablet. Just connect the device to the I’m Cloud from your smartphone and request its location to find it. Once the location is locked in, you can view it on Google Maps. The I’m Here device incorporates an integrated SIM card and provides a cellular GSM signal to send information to the system. Additionally, the I’m Here device can signal your position at the click of a button —the signal will appear on the Google map or send an alert with location information to a designated recipient. 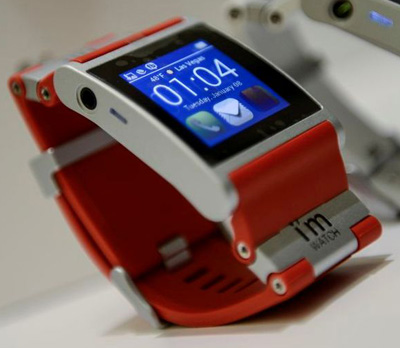 Figure 4: The i’m Watch from IM S.P.A is tethered to a smartphone via a Bluetooth connection and provides many of the phone functions without having to pull the phone out of a pocket or purse. (Courtesy of IM S.P.A.)

Able to help prevent property loss, the nio 3S security companion developed by Bluenio Ltd.7 tethers to an Apple iPhone or iPad via a Bluetooth connection. The wireless interface is based on a CSR Bluetooth controller, and is controlled by a free downloadable application available on the iStore. When wirelessly tethered, the nio becomes a security device that generates an alarm when your phone, tablet, or other valuable item gets out of a set range (user settable) and breaks the Bluetooth connection.

Weighing only 10 grams, the nio 3S can actually protect valuables such as smartphones, laptops, tablets, keys, wallets, purses, etc. when physically attached to the valuable. The user would then set the range (from a few feet to about 50 feet) on their iPhone or iPad using the app. In addition to the adjustable range, the nio 3S includes a motion sensor that will alarm if it detects movement of whatever it is attached to. The protection scheme also works in reverse – the user keeps the nio on a keyring or in a pocket and it will sound an alarm if their phone or tablet moves out of range. In addition, a premium version of the nio 3S app enables the user to remotely wipe data from the phone or tablet if necessary. The premium version of the app also allows three nios to work with one smartphone so you can protect up to three valuables at time.

Many other Bluetooth products, including wireless speakers, streaming media systems, TV soundbars, gaming devices, and, of course, phone headsets were also unveiled at the 2013 International CES. The proliferating use of Bluetooth technology promises a bevy of new products over the next few years – and plenty of work for wireless system designers.