Each year at Mobile World Congress the tech industry presents its new crop of wireless-enabled medical & health applications, most more prototype than reality.


Each year at Mobile World Congress (MWC) the tech industry presents its new crop of wireless-enabled medical and health applications - most are more prototype than reality. However, at MWC in Barcelona, Spain this year, we got to see some new usable applications including tracking the cadence of a bike rider and monitoring critical health data.

Health and medical applications are perfect matches for the combination of low-power relatively short-range wireless sensor networks, and mainstream cellular data networks and wireless LANs (WLANs), such as IEEE 802.11 b/g/n (Wi-Fi). To demonstrate this, Texas Instruments (TI) hosted a key demonstration combining a Sony Ericsson handset with a wireless health sensor based on an ANT wireless sensor network.

In the demonstration, a Sony Ericsson Xperia handset was linked to an ANT-enabled sensor to retrieve data. Using a WiLink6.0 triple-radio single-chip solution and handset apps from Endomondo, Sportypal, and Wahoo Fitness, TI demonstrated the transmission of bike speed and cadence data to the cloud.

The TI demonstrations also featured heart-rate and blood pressure sensors. Critical data was displayed on the handset. Moreover, they showed how the handset can transfer data to a medical facility via a cellular or WLAN-to-broadband link.

The ANT wireless network
ANT wireless technology is a 1-Mbit/s ultra-low-power wireless scheme that uses the 2.4-GHz ISM frequency band. Ultra low power means the ANT device’s average current is as low as the 5-µA range for a radio, and sensors based on the network can operate for years on a coin-cell battery. ANT devices can be used with energy-harvesting schemes such as solar or vibration power sources that charge a battery or other storage devices such as super-capacitors.

ANT networks generally have a lower power profile than other industry-standard networks such as Bluetooth, although the new Bluetooth Low Energy specification will allow Bluetooth to serve in some of the same health and medical applications. ANT technology is much lower power than ZigBee and is much simpler to implement, according to ANT. The company asserts that an ANT node uses 25 percent of the power of a ZigBee node and is 60 percent of the bill of materials.

ANT technology has a significant advantage in terms of an installed base in health sensors. ANT has developed device profiles for a long list of health-centric device types that it calls ANT+. Moreover, according to TI, more than 14 million ANT-based health and fitness devices are in use. Certainly, far more Bluetooth devices are on the market, but not in the wireless sensor niche.

ANT development board
Design teams looking to experiment with ANT technology can start with the ANT and Bluetooth Health & Fitness Aggregator Platform developed by TI. As the name implies, the development platform includes support for both Bluetooth and ANT wireless links. The product is based on an MSP430 microcontroller (MCU) and the TI CC2567 IC that integrates support for both of the wireless schemes (see image below). 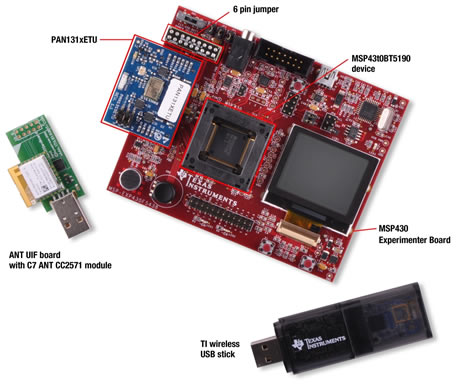 Figure 1: The ANT and Bluetooth Health & Fitness Aggregator Platform is a MSP430-based development kit that design teams can use to evaluate ANT wireless sensor networks and use Bluetooth to transfer sensor data to a host PC.

The kit includes an ANT sensor simulator based on the TI CC2571 8-channel ANT IC mounted on a USB stick. The aggregator function is based on the MSP430 Experimenter Board – used in a number of TI development kits – and includes the CC2567 dual-mode IC. The aggregator connects to a PC via a supplied Bluetooth USAB dongle.

TI uses the term aggregator to describe the development platform because it can sit between ANT+ sensors and a Bluetooth-enabled device, such as a handset or notebook PC. The aggregator can gather health data and transmit it via Bluetooth. That model has been widely used in the past, although going forward; some handsets or PCs will directly integrate ANT support, as the MWC demonstrations indicated.

While the CC2567 is a dual-mode IC, TI has also developed products that support additional wireless technologies for applications such as handsets. The IC used in the Sony Ericsson handset from the MWC demonstration is the TI WiLink 6.0 product. WiLink is TI’s brand for ICs that combines support for multiple wireless standards such as FM radio, WLAN, Bluetooth and others. The ICs are primarily targeted at handset or tablet applications. Specifically, the WiLink 6.0 product integrates support for WLAN, ANT, Bluetooth and FM radios. The next-generation WiLink 7.0 IC adds GPS support.

For now, ANT support is also available from Nordic Semiconductor. The company offers single- and eight-channel ANT transceivers. It remains to be seen whether other semiconductor vendors will add ANT support.

While the MWC news was centered on health and medical applications, there’s no reason that embedded design teams can’t deploy ANT networks in many usage models, including industrial sensor networks. In fact, the technology may be a better fit than ZigBee or Bluetooth in some such applications. And the availability of ANT support in popular handsets can even provide innovative ways for teams to control and monitor industrial sensors.