What You Need to Know About Pressure Sensors


Used in applications spanning fluid/gas flow, speed, level and altitude, pressure sensors typically measure the pressure of gas or liquid within a specific environment. Pressure sensors act as transducers by generating a signal based on the degree of pressure that exists. They are frequently part of systems that monitor or control the gas or liquid being measured (Figure 1). 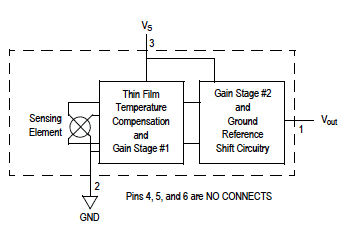 Pressure sensor measurement falls into five categories: When a pressure sensor delivers a voltage signal, the signal is converted to actual units of pressure. Conversion formulas vary based on the types of sensors used.

Force collector electronic pressure sensors typically use a force collector (diaphragm, bourdon tube, bellows, etc.) to measure strain due to pressure or force over a given area. They include piezoresistive strain gauges, capacitive, electromagnetic, piezoelectric, optical, and potentiometric sensors.

Piezoelectric (PE) pressure transducers use stacks of piezoelectric crystal or ceramic elements to convert motion to an electrical output—they need no external excitation. Because their output is very high impedance and their signal levels low, they require special signal conditioning. Often, PE transducers include an integral preamplifier so that output can be an amplified low output impedance signal. The integral amplifier requires external power from a constant-current supply, using the same two conductors as the signal circuit. The signal conditioner has a blocking capacitor to block the dc power supply voltage and to transmit an ac signal. Given that PE transducers are self-generating, dependent on changes of strain to generate electrical charge, they are not usable with dc or steady-state conditions.

Their distinct advantages are ruggedness and their usefulness at high temperatures. 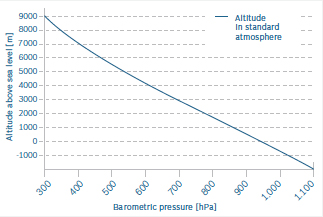 Pressure sensing using diaphragm technology measures the pressure difference between two sides of a diaphragm. The Honeywell MLH Series all metal pressure sensors are examples (Figure 3). The MLH Series pressure sensor combines ASIC technology with a media-isolated metal diaphragm design. The sensor provides both value and performance for demanding applications. Fully temperature compensated, calibrated, and amplified, it is available in 50 to 8,000-psi ranges. 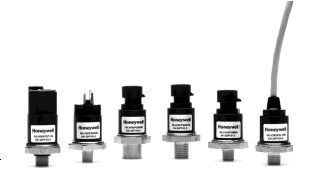 
Features include all-metal wetted parts for a variety of fluid applications; no internal elastomeric seals, which remove o-ring compatibility issues; amplified outputs, which eliminate the cost of external amplifiers; less than 2-ms response time for accurate high-speed measurement; and ratings of IP65 or better for protection in harsh environments.

The series is used in compressors, refrigeration and HVAC/R, industrial, hydraulics, medical, and transportation applications including braking and alternate fuels.

Recent advances in pressure sensors focus on miniaturization with integration of electronics and control capabilities into the same chip as the sensor resulting from the new, smaller form factors. The additional electronics result in performance gains, too. For example, improvements in high-vacuum gauges have resulted in extending ranges and an increase in “smart” capabilities. One application area that is opening up rapidly because of pressure sensor miniaturization is the medical segment. By reducing the size of the sensor for medical apps, low-pressure sensors are being used in external applications and invasive procedures.

The medical segment requires very low pressure (<5 psi) as well as improved linearity. The key is silicon micromachining to create a thin boss structure, etching the center boss to a thickness smaller than the substrate thickness, reducing the sensitivity of the device to gravitational force, achieving higher sensitivity within the device, and maintaining good linearity. With today’s new sensitive MEMS-based boss structures, it is possible to achieve pressure ranges down to 0.15 psi.

Among other advances, a skin-like sensor flexible enough for prosthetic limbs is being developed at Stanford University. The goal is to make touch-sensitive prosthetic limbs, pressure-sensitive badges, and more. Using a transparent film of carbon nanosprings that serve as electrodes, the sensor registers pressure. In this application, one layer stores electrical charge, acting in a manner similar to a battery. When pressure is exerted on the sensor, the layer compresses, altering the electrical charge it can store. This change is sensed by carbon nanotubes, prompting the sensor to transmit information regarding pressure levels.

Even though advances are frequent and research is active, pressure sensors are not without challenges. Common causes of pressure sensor failure include dynamic impact that results in sensor overload, spikes that cause a hole or tear in the diaphragm, moisture ingress whereby liquid seeps in through an interface and between a cable and the sensor, extreme temperature, stress when being calibrated, and wear and tear that produces drift and failure.