What Buyers Need to Know about Sourcing Fans

More suppliers are offering value-added and custom services for fans. 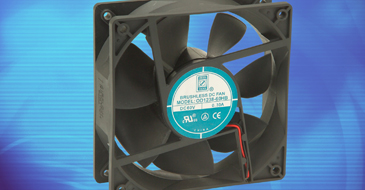 This trend could also drive new product development teams, including buyers and designers, to look at the cooling solution much earlier in the design stage. Many OEMs wait until the latter part of the design cycle to source cooling solutions, which leads to increased costs. Often purchasers cannot find cooling fans with the required airflow performance in a frame size that fits their enclosures.

One key recommendation by fan manufacturers is that buyers should work closely with suppliers and distributors so they can obtain detailed information about the best cooling solution for their application.

There are many fan characteristics that may not be understandable by designers and purchasers who do not work with fans on a regular basis, said Scott Frankel, director of engineering, NMB Technologies Corp. in Tempe, Ariz. In addition, there are several specs that often are not provided on a datasheet, which he calls "undocumented features." The challenge is that these characteristics need to be taken into account when choosing a cooling solution.

As an example, most datasheets will provide power draw data based on the fan in free air, which is not a real-world scenario. One of the key characteristics of fans is that the denser the cabinet, the more power it will draw because the fan has to work harder, according to Frankel.

This is called system pressure. Basically, this means the more stuff packed into the enclosure, the higher the chances of blocked airflow and changes in power and speed characteristics.

Another example cited is that as voltages change, up or down, so does the DC fan speed. Frankel said this must be considered when selecting a cooling solution. 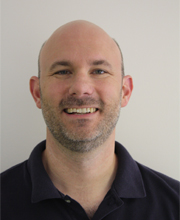 "There are many fan characteristics that may not be understandable by designers and purchasers who don't work with them on a regular basis,” said Scott Frankel, NMB's director of engineering.Buyers also need to know that the higher the pressure, the less directional the airflow. "The more stuff you put in the box, the less axial the airflow will be and the more diagonal it will become,” Frankel noted.

"If they have a good relationship with a distributor or fan manufacturer, they can get some of those additional spec details and test results that may not show up in the datasheet," Frankel added.

Efficiency also has an effect on fan noise. The slower the fan rotates, the lower the noise.

Achieving higher airflow in the same fan size is always a challenge. NMB reported that it has achieved nearly 50 percent efficiency for a 170-mm-size fan. This was attained through improved blade shapes and new motor designs using rare earth magnets. A few years ago, maximum efficiencies for a 170 mm fan were roughly 36 or 37 percent, according to Frankel.

Sunon Inc. reports offering some of the industry's most efficient fans in small sizes. The company's "green" fans, called the Super Green (SG) series, offer increased fan efficiency and airflow along with lower vibration. The most popular device in the series is the 4028, with a 40 x 40 frame size and 28 mm thickness.

To select the best cooling solution for an application, a buyer's best bet may be to partner with a thermal management provider that offers custom assemblies. Fan manufacturers provide value-added services such as adding custom connectors or lead lengths, daisy chaining for multiple fan assemblies, and remote monitoring.

They also offer a wide selection of fan options, such as thermal control with a thermistor, tachometer output (for measuring speed), and pulse-width modulation (PWM) (for fan speed control), together with several accessories including fan guards, cords, and filter kits.

For example, NMB, which focuses on telecommunications and server markets, offers what it calls "next-level assemblies." The assemblies provide an entire thermal solution that may include several fans with a controller card. Although these assemblies are customized, NMB uses off-the-shelf fans, which help reduce cost and leadtimes.

Sunon Inc. (USA) also does a lot of custom work. Russell Lucia, Sunon's east regional sales manager, recommends that customers start with a base fan and test for thermals and noise. The company can then help determine the customer’s needs and work on a custom product. 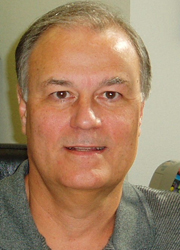 "There are other options available that are used to control or measure different things within the system that will tell the fan to do things like turn off or turn on, or when certain events occur, the fan can either speed up or slow down," added Miltimore.

Since all of these are common fan options, distributors often provide these value-added services. They also can provide fan controller cards if the application uses a bank of fans that need a master controller.

Similar to other fan suppliers, Orion Fans, a division of Knight Electronics, also offers options like thermal control, PWM, tact, or alarms, and specialty services such as custom connectors, special wire lengths, or a complete custom assembly. They also supply spot coolers for enclosures that are running hot in one spot, and accessories including fan guards, filter kits, and cords. The company is stocking pre-built fan trays in the channel including the OA300ST and OD600.

"Typically, as fans wear out or bearings have a problem, the fans start to slow down,” said David Luna, product marketing manager, Orion Fans in Dallas, Texas. When that happens, airflow also slows down, so a tachometer is used to monitor RPM.

"The alarm fan provides a signal if the unit shuts down or the rotor stops turning and that's a problem because now it doesn't have any circulation," he added.

Orion also offers specially wound fans that provide a wider voltage range. Most DC fans are specified at 12, 24 or 48 volts, but some applications may actually run at higher voltages. For example, in a standard 48 volt telecommunications system, it could run consistently higher at 56 volts, when operating in battery mode, which will burn out the fan very quickly, according to Ray Faries, a sales specialist for Orion Fans.

In some cases, these specialty products like the Orion 60 volt fan, for telecom systems that can operate at 36 Vdc to 72 Vdc, are designed as a standard product line.

Choosing the best thermal management provider is more than just selecting the supplier with the best price or lead times. Buyers need to look at suppliers’ capabilities in product customization and value-added services.

In addition, quality is a big issue in the cooling fan market, particularly since there are many Asian manufacturers that are producing what some suppliers call "knock offs."