Wearables and the IoT: Recent Developments and Connectivity Solutions

Examine the types of components and technologies that will impact how Internet of Things will be integrated into wearable designs.

The notion that everyone and everything will be available as a cloud-connected, Internet-enabled node – accessible as a commanded device or a status-reporting device (or both) –has a lot of heads turning. Futurists are envisioning a world where everything is connected and tweets, emails, text messages, and other alerts will inform you of things you need to know (and a lot of things that, well, you could live nicely without being aware of).

As a result, while many useful devices and equipment will be made accessible in real time and “almost” real time, many others will appear as less-than-useful applications of modern technology, but nevertheless will have appeal to the more easily impressed among us. However, it is wrong to dismiss these out of hand because we know that even silly applications may still become huge hits as the public is fickle and fad sensitive. The “gee whiz” index is still a driving force.

This article examines the types of wearable devices that will be a big part of the Internet of Things and the components and technologies that will make it happen. We will delve into early pioneering products, as well as research under way for enabling integrated processors and radios. All parts, data sheets, tutorials, and development kits referenced here can be found online at Hotenda’s website.

Giving you the (connected) shirt off my back

Clothing is one platform for future embedded intelligence and communications. Smart clothing will not just be about fashion and coolness, but will also entertain us, connect us with others, and contain health-monitoring sensors integrated into the medical ecosystem.

Active and interactive clothing is not new, but it is just on the verge of a next-generation boost thanks to cloud connectivity and advances in material science. Already, several active clothing articles are available; however, these typically require wired battery packs and controllers. Even sensors and displays are “bolt on” rather than truly integrated.

Take for example the active-musical-instrument clothing like the electronic-guitar-rock shirt1 or the electronic-drum-machine shirt2 that are available today. While somewhat of a novelty, these introduce the concept of embedded sensors in our clothing. On the other end of the spectrum are readily available clothing items that feature active displays. For example, the novelty Wi-Fi-detector shirt3 changes its “on-shirt” display to reflect the Wi-Fi-signal strength where you are presently located.

Modern novelty clothes are not quite ready for primetime for several reasons. First, modular electronics, sensors, and displays are not truly part of the fabric of the material. They tend to be bulky, costly add-ons to the clothes. Second, the electronics, sensors, and displays do not fare well with laundering. Third is the need for power or low-cost energy harvesting.

This all soon may be changing, thanks to a few advances, including the ability to print flexible-OLED devices onto fabrics. Several inkjet technologies have already proven themselves worthy and this will open the door for more active clothing with changing and even video-style displays.

Another development that will change clothing from a passive to an active system is the ability to weave electronic sensors into fabrics. This technology has been demonstrated, even if developers are uncertain as to how to leverage it. For example, motion-sensing pants4 are being developed at the Virginia Polytechnic Institute. These use wires and fabric woven together with sensors to detect movement and can send signals wirelessly to a computer display.

One element still not quite ready (but getting close) is fabric-based photovoltaics, which offer the ability to harvest even indoor lighting to provide a reliable source of energy. As with early sensors and displays, modern choices are modularly fabricated (Figure 1). 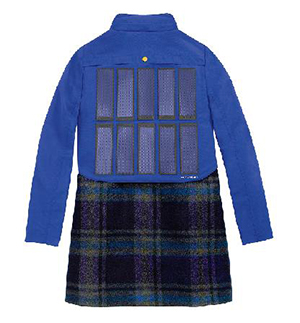 Figure 1: Energy harvesting using clothing is an innovative concept. Early innovators like Tommy Hilfiger are using removable solar panels on jackets. Woven photovoltaics are not too far off, which means future wearables will have broad access to power for IoT connectivity.

Integrated medical and health/fitness electronics are another key area of interest. Simple applications, like running shoes with built-in pedometers, can eliminate the need to carry a separate device. Coordinated with a wearable computer, the use of geo-location apps can let you know when you are near friends as you jog or play sports. For example, Nike has a pouch in its running shoes for a sensor that can communicate wirelessly to your music player or smartphone. It coordinates the music you listen to as you run, and presents stats like calories burned, distance run, average speed, duration, and more (note that your data is also sent to Nike).

Other useful examples include blood-pressure watches and blood-sugar monitoring technology, which with wireless connectivity is now getting to the point where online accessibility and alert distributions are possible. An example is the Polar Wearlink Heart Rates Sensor and Transmitter, compatible with Nike and Apple iPods and ANT GPS (Figure 2). 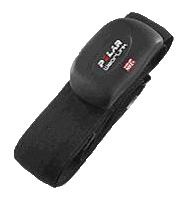 Figure 2: This heart-rate sensor also transmits to sport watches, music players, and running-shoe sensors. A medical version can send alerts to emergency services, which can include GPS location data if a heart event is detected.

Research is well under way into bloodless monitoring and real-time sampling of blood sugar and insulin levels. These devices can communicate locally with surgically implanted infusion pumps using wireless links for real-time physiological response. Data plots can also be provided to medical staff to monitor and diagnose patient conditions from the data collected in real time over the web.

Already available are heart monitor logs, collecting data when a cardio event takes place that doctors can review at a later time. The most capable implanted pacemakers and defibrillators also allow local programming and control of heart rate and can detect conditions that dictate a heart restart. While local processing capabilities are always expanding, providing real-time data at the doctor’s office could be a valuable predictor that an event is about to occur and alert a patient on the other side of the world to take pre-emptive action.

Internet of Things clothing becomes a part of this information relay system by acting as a low-power link to worn devices that can communicate with the cloud in a power-efficient manner. Rather than having multiple, high-power links continuously active and fighting for airspace, a synchronized stream of local data can be conveyed (often in compressed format), allowing higher reliability and accessibility when needed.

While research is under way to forge new standards for Personal Area Networks and Body Area Networks, many existing standards and technologies are more than adequate for both worn and permanently placed IoT nodes.

While lacking in programmability, RFID transponder tags, especially the Gen II class, are a possible solution that can be deployed in clothing. Generation I was designed initially for theft prevention and is still useful as a means to reduce inventory loss and for low-cost asset tracking. Gen II adds read/write capability at long distances (up to 30 feet), and has a built-in energy harvesting of sorts. The tags operate in a passive mode, gathering energy from the host RF field to power non-volatile memory and even low-energy processors.

Several tag and tag-reader makers offer product as well as development kits and code. Readers like the ams AS3992-BQFP-50 can support the lowest-cost Generation I devices for inventory control (or theft deterrent), as well as the more modern read/write non-volatile-style Generation II devices.

What makes these parts so attractive is their low-cost transponder tags like the HTSH5601ETK,118 (Figure 3). Often the most numerous parts of a design, they are inexpensive and the complete subsystems are so small they can fit inside a garment tag, including a mini antenna. 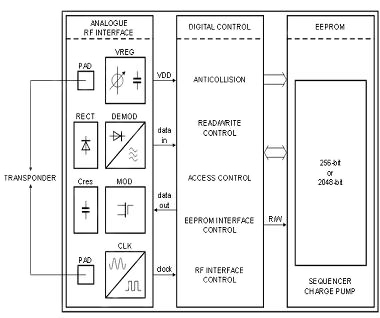 Figure 3: A complete transponder system with non-volatile memory, control logic, and RF transceivers is small enough to fit inside a garment tag.

Wearable-RFID tags will allow the Internet to be aware of us and where we are, and what we are doing, and as such play a role in the IoT. They can trigger targeted advertising as we move about, and store info on the products we use and buy. Up to fifty readers can be positioned within a one-square-kilometer area so, in effect, our locations and activities become a part of the IoT because the tag’s hosts (us) are. However, the real intent of the IoT is to have active processors in functional things talking to the cloud in some way. Here is where aggregation of RF technology comes into play.

While most aggregation points will likely use 3G, 4G, or even 5G (once available) as the service provider’s gateway, local communications may include Bluetooth, Wi-Fi, ZigBee, or ANT, as a medium for very localized communications.

Bluetooth Low Energy is taking direct aim with a lot of these applications. Numerous single-chip transceivers and modules are available that allow quick design development. For example, the Abracon ABBTM-NVC-MDCS71(50PCS) module supports Bluetooth 4.0 which includes legacy-streaming audio as well as low-energy and high-speed modes.

TDK’s SESUB-PAN-T2541 single-mode module for low-energy support is controllable and accessible through an UART or SPI. Even lower-cost solutions like the Panasonic ENW-89835C1KF provide Bluetooth low-energy-only functionality and can be integrated into a design for under 11 dollars, not much more than an IC. Another plus is that these pre-certified modules save time and money when trying to get to market quickly.

Here, for instance, parts such as the Texas Instruments WL1835MODGBMOCT combined surface-mount Wi-Fi and Bluetooth module are worth a closer look. In this case, Bluetooth can act as the lower-power aggregator for all local or worn devices, while Wi-Fi acts as the transport mechanism to and from the cloud.

Cellular chip sets and modules can allow direct connectivity to wireless-service providers and eliminate the need for aggregation or Wi-Fi hotspots. The problem with cellular chips is that the market is such that IC makers typically will not deal with low- to medium-volume customers. This leaves modules as the way to test and develop the technology.

Modules like the Multi-Tech Systems MT100EOCG-H5-SP can be used as a cellular connect in your aggregator and, if your production volumes get high enough, these can be replaced by your own design. Note, however, that certifications for cellular devices can be costly and time consuming and the use of modules can circumvent this. Helpful in this regard is the Multi-Tech online Product Training Module “Overview of Cellular Device Certifications.”

While integrated electronics are mostly self-contained, the ability to print and weave display elements, conductors, and energy harvesting into fabrics is on its way up the learning curve. Printing certain highly integrated functions like radio chips and microcontrollers into clothing, however, is not yet feasible and these will remain as discrete elements for now.

Both PAN-to-cellular and PAN-to-Wi-Fi are possible and with IPv6 allowing more unique addresses than ever before, even your left sneaker might soon have its own unique IP address and cloud presence. While silly applications will doubtlessly emerge, many peripherals, sensors, and useful health and medical designs can also be expected.

Which technologies and protocols will emerge dominant in the IoT is still to be determined, but in the meantime, as this article has shown, engineers have the tools, parts and supporting materials to design functional wearables now with bolt-on connectivity.