Learn about the benefits and applications of Zero-Voltage Switching and how components manufacturers such as Vicor and Linear Technology are embracing ZVS.


The radiation from ultraviolet (UV) wavelengths can be used to cure materials, disinfect drinking water and aid in forensic analysis, to name a few applications. Traditional UV sources, such as mercury-vapor and fluorescent lamps, are the incumbent technologies for many of these applications, but UV LEDs now are making significant inroads as replacements—particularly in UV curing applications—thanks to their small size, lower cost of ownership, longer life, and environmental friendliness.

UV LEDs also are finding homes in new applications, such as portable devices where traditional UV lamps cannot be used. These applications include cell phone disinfection systems, miniaturized counterfeit detectors, and flashlights. If these and other new uses start to take-off, the UV LED market could reach $300 million by 2017, according to the market research firm Yole Développement, which expects the market in the near term to expand at a compound annual growth rate (CAGR) of 43 percent. This is in comparison to the traditional UV lamps market, which is expected to grow at a CAGR of 10 percent during the same forecast years, again according to Yole Développement.

This article will focus on UV-A LEDs, which are currently more advanced than UV-B and UV-C. Today, the efficiency of UV-A is as high as 45 to 50 percent, while UV-B and UV-C still have much lower efficiencies, usually in the single digits. Although UV LED technology development has faced hurdles, such as limited-flux density and lack of design flexibility that has resulted in some roadblocks to adoption, LED manufacturers continue to address these issues by delivering smaller designs with new products that offer higher-flux density, higher efficiency, and better thermal management.

One of the biggest applications today for UV LEDs is materials curing (inks, coatings, polymers, and more), which have traditionally used mercury-vapor lamps (see the wavelength comparison in Figure 1). Two factors that have had the biggest influence in the adoption of UV-A LEDs are flux density, which is needed for UV curing in production applications, and higher overall efficiency.

“Flux density and efficiency are two key areas of improvement for UV LED technology that have helped drive adoption,” said Kurosh Hashemi, director of UV LED marketing at Philips Lumileds. He noted that over the past five years efficiency has more than doubled twice, and even in the last year the ceiling of efficiency has risen from 30 percent to 50 percent. “Typical efficiency ratings are wide, ranging from 10 percent to 50 percent, and are very wavelength dependent,” explained Hashemi. For example, 385 nm UV LEDs are much less efficient than 405 nm UV LEDs even though they are close in wavelength. “It has to do with the materials of the LED. Down to 380 nm you can use the same recipe as blue LEDs – indium gallium nitride (InGaN) – however, the material falls apart around 380 nm so there is a quick decline in performance. This has been a challenge for many companies.”

“Nevertheless, the improvements in UV LEDs, while several years behind blue LED technology, has accelerated adoption in many applications,” noted Hashemi.

One example is Philips Lumileds’ LUXEON UV LEDs, which Hashemi said “changes the density equation because it is the first packaged LED that dramatically increases that flux density. The packaged LEDs are five times smaller than any other packaged LED on the market and you can pack them very closely together, which pushes up the density of the UV light, and that enables some really powerful curing.”

Curing needs high-power LEDs that can be arranged in a tight array so the more that can be packed closer together, the higher the density in a smaller footprint. The LUXEON UV LEDs cover the ultraviolet (380-400 nm) and violet (400-430 nm) light range. These packaged LEDs are said to offer the smallest footprint (2.2 mm²), about one-fifth the size of competing UV and violet LEDs available in the market. This means the devices can be tightly packed to enable the design of high-power-density (W/cm²) UV systems. Hashemi said they can be assembled in tight arrays with spacing of 200 microns to enable the highest-power-density systems (Figure 2). 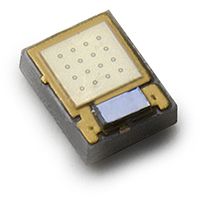 Figure 2: Philips Lumileds LUXEON UV LEDs can be assembled in tight arrays with spacing of only 200 microns, which enables high-power-density (W/cm²) systems (Courtesy of Philips Lumileds).

The LUXEON UV LEDs offer a maximum drive current of 1 A, resulting in more flux per LED. These devices can be used in a wide range of applications beyond UV curing, such as counterfeit detection, spectroscopy, medical, security/forensic and specialty lighting, including aquarium lighting and blacklights for nightclubs.

The LEDs are based on the LUXEON Z surface-mount design, which uses flip-chip assembly and sets the UV die in direct contact with the thermally conductive Aluminum Nitride (AlN) substrate, which delivers significantly better thermal performance. Thermal resistance is as low as 3.5 K per watt.

Another example is the VLMU3100 UV LED from the Optoelectronics group of Vishay Intertechnology (Figure 3). This UV LED is housed in a surface-mount PLCC-2 package that is specifically designed to replace mercury-vapor lamps in production-curing operations. The VLMU3100 features a typical luminous intensity of 11 mcd at 20 mA, with a typical wavelength of 405 nm and forward voltage of 3.2 V for low-power consumption. 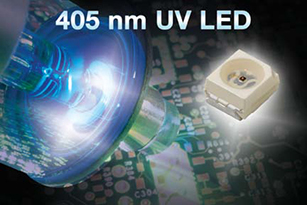 Figure 3: The Vishay VLMU3100 with a long service life and power dissipation of 120 mW overcomes many of the challenges related to UV systems based on mercury-vapor lamps (Courtesy of Vishay Intertechnology).

Designed for long service life, the VLMU3100's PLCC-2 package consists of a lead frame, which is embedded in a white thermoplastic. The reflector inside this package is cast in clear silicone, which guarantees longevity.

The VLMU3100 overcomes many problems related to systems based on mercury-vapor lamps, which generate significant heat and degrade unpredictably over their service lives, according to Vishay. In comparison, the VLMU3100 features power dissipation of 120 mW, a long service life, and a small footprint measuring 3.2 x 2.8 x 1.9 mm.

The case for UV-LED curing lamps

As UV LED improvements continue, the drawbacks of mercury-vapor lamps become much more apparent. This traditional UV source has a short lifetime of 1,000 to 2,000 hours, high voltage, and slow warm-up time of about 10 minutes, and emits harmful wavelengths, said Philips Lumileds’ Hashemi. Other factors are high heat, safety, and environmental issues.

Contamination is another problem so the lamps need to be cleaned often, or replaced due to their short life, disrupting the factory floor, Hashemi added.

If a company has not already made the investment in mercury-vapor lamps for its curing processes, which can be expensive, UV curing with UV-A LEDs is an option that eliminates many of the problems related to mercury-vapor lamps. UV LEDs are low-voltage devices so they are safer to use, have a long lifetime of 20,000 to 50,000 hours, turn on/off quickly, and the user knows exactly what the power level is for the curing medium.

However, one of the roadblocks is cost. “For new UV-LED-curing systems, there is less than a one-year payback, but in a retrofit system it could be a two- to three-year payback because of the expense of the support equipment, including reflectors to direct the light and safety equipment, required for mercury-vapor lamp systems,” said Hashemi.

However, the selection of the UV curing lamp has to be based on the application. “Curing is a world of its own. There are many different curing systems that involve many different chemistries, that it depends on which wavelengths are needed and how good the LEDs are at those certain wavelengths,” said Hashemi.

Hashemi said other key applications where UV-A LEDs are making gains include machine- vision-inspection systems and spectroscopy, which currently use fluorescent lamps. “People are using UV LEDs for new applications that would not have worked with traditional solutions. It is opening the door for a lot of new applications,” said Hashemi, adding “these can range from blacklights in a nightclub to CSI-type blood-splatter flashlights to a number of agricultural and horticultural applications.”

In summary, when selecting a UV-lamp technology engineers should always consider the application. As an example, despite its drawbacks, a mercury-vapor lamp may be the best fit for applications that require big-light sources, such as wide-format printers. However, mercury vapor may not be the best choice for applications that require the use of microscopes, such as for testing water quality. In addition to the size of the application, ask yourself: Do you want a longer-lifetime light source? What is the initial investment and total cost of ownership? What is the application’s requirement for directionality of the light source? Do you want to deal with safety issues? These are some of the questions that need to be answered before making the final selection.