Use of Sensors in Industrial Lighting Applications

Industrial lighting is constantly evolving, such that as the pressure to reduce energy consumption continues, new applications emerge and efficient light sources, such as LEDs, become more widely applicable.

Industrial lighting is constantly evolving, such that as the pressure to reduce energy consumption continues, new applications emerge and efficient light sources, such as LEDs, become more widely applicable. As the sources and applications evolve, so does the use of sensors to provide feedback mechanisms for controllers that keep industrial lighting performing at its optimal efficiency over its working lifetime.

One of the biggest trends in industrial lighting at the moment is the shift to LEDs. Although we have been used to red LEDs since the calculator watch displays of the 1970s, it has taken decades of steady development to get to the stable, high-output, and especially white LEDs that enable the use of LEDs in new application areas such as rail, maritime, architectural, street, and traffic lighting.

How far can the trend go? Roland Haitz, a retired scientist from Agilent Technologies who took a key role in the development of LEDs, told The Economist’s Innovation Summit in November 2011 that the conversion efficiency of LED lighting has been increasing tenfold per decade and the cost per lumen has been falling tenfold per decade. Flux, a measure that combines conversion efficiency and input power to give the output of an LED lamp package, has improved 20-fold each decade.

Haitz added that the efficiency of practical LED lighting could reach 50 percent, at which point it could have a significant impact on the 20 percent of global energy production that is currently consumed by lighting. “In the LED business, we will save more energy than solar will ever produce,” he said.

We are becoming used to LED lighting through its use in the home. The first applications were for low-energy lighting strips and decorative lamps that exploited the small size, high efficiency, and cool operation of LED sources to enable unique designs. Increasingly, homeowners are finding LED replacements for standard household bulbs in the shops, and doing a cost/benefit analysis to decide whether to pay the upfront premium for the LED bulb in return for long-term savings created by lower energy use and less frequent replacement.

Anyone who has handled a domestic LED bulb knows that these are sophisticated products that involve a great deal of careful design to cool the solid-state emitters that produce the light. This is necessary because the efficiency of the LED’s conversion of electrical energy to light falls as it gets hotter, reducing its key advantage over other light sources.

In industrial lighting, where companies are trying to produce much higher light outputs from LED arrays for use in standard lamps, theatre lighting, and even the stadium lighting Haitz envisages, thermal management is becoming a key consideration in maintaining the light’s operational efficiency and working lifetimes. Thermal sensors integrated close to these high-power light sources can be used in feedback loops to ensure that the lights do not run at more than their rated temperature and to help them maintain a consistent output over their operating lifetimes.

National Semiconductor produces a family of LED lighting sensors, known as the PowerWise series, which neatly illustrate the scope of the power sensing and control challenge.

The LM94022 is a general-purpose CMOS temperature sensor, with an analog output inversely proportional to temperature. It operates from a supply of 1.5 to 5.5 V and at temperatures between −50 and 150°C. The temperature accuracy is quoted as ±2.7°C across the entire operating temperature range. Logic inputs can be tied directly high or low to program the part’s gain at one of four slopes: −5.5 mV/°C, −8.2 mV/°C, −10.9 mV/°C, and −13.6 mV/°C.

For more complex thermal-sensing applications in lighting, the LM95071 digital temperature sensor with an SPI and Microwire-compatible three-wire serial interface and a host controller that can poll at any time to get a temperature reading can be used. The part produces a 13-bit plus sign digital output with a temperature resolution of 0.03125°C per least significant bit, and works between -40 and +150°C. 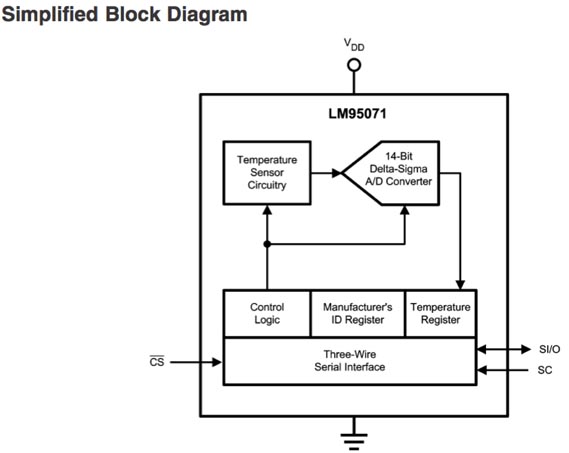 Figure 1: The LM95071 integrates a thermal sensor with analog to digital conversion and a serial interface.

Finally, the LM95234 11-bit digital temperature sensor can very accurately monitor the temperature of four remote diodes, as well as its own temperature. The part is designed to monitor the on-chip temperature of diodes in sophisticated products such as advanced microprocessors and graphics processing units, but National also presents it as applicable to the thermal management of lighting, using an external diode-connected to two N3904 transistors as the sensors.

National said that these parts can be used in control loops to modulate the input current to the LED to prevent it from overheating, which extends operating lifetime and reduces replacement costs. This can be significant for outdoor and architectural applications.

Sensors for use in automotive and vehicle lighting

In the automotive arena, optical sensors are used in a variety of applications, many of them tasked with increasing the safety and comfort of the passengers. These include turning on running lights (side lights) as dusk falls and dipping headlamps automatically, sensing rain on windshields so that wipers can be turned on automatically, and ambient light sensing that matches the brightness of dashboards, courtesy lights, and door lamps to the conditions.

Companies working at the luxury end of the market tend to develop and apply these vehicle comfort and safety aids in an effort to differentiate their products from the always-improving midrange models. For example, Mercedes Benz now offers what it calls “adaptive main beam assist” on its leading models. This technology utilizes a camera, fitted inside the vehicle windshield, to sense the distance to oncoming vehicles and progressively dips the headlights to avoid dazzling them.

Rain-sensing wipers are also designed to increase vehicle safety. The technology involved is fairly simple. An infrared emitter is directed from the inside of vehicle on to its windshield at an oblique angle. In dry conditions, the infrared light will pass into the windshield glass and is reflected onto an infrared sensor. This occurs because of the change of refractive index at the junction between the outer glass surface and the air. A clean windshield allows for this reflection to happen, but when its optical properties are altered by being wet, the light is scattered, reducing the amount of infrared light picked up by the sensor and indicating the wetness of the windshield.

Inside the vehicle, it is important to be able to match the lighting to the ambient conditions. Ideally, dashboards should brighten and darken as the external conditions change so that the instruments remain equally readable whatever the conditions. Sensors such as the APDS-9002 from Avago Technologies can be used to detect ambient light and control backlighting intensity. The analog-output sensor is mounted in a chip LED surface-mount package and includes a phototransistor whose response to brightness closely matches that of the human eye. This is a critical issue in ambient light sensing, as the response curves of semiconductor detectors do not naturally match those of the human eye. 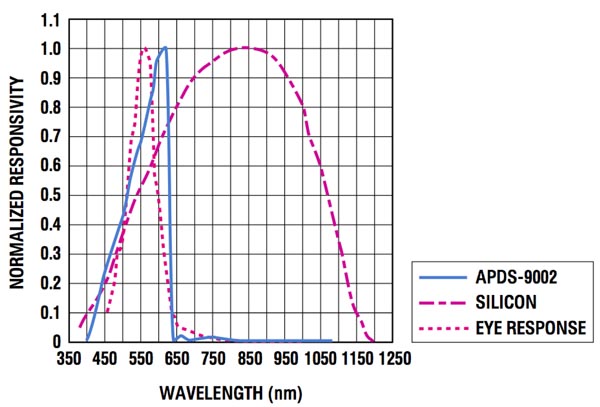 Figure 2: The response of the APDS-9002 ambient light sensor has been tuned to closely match that of the human eye.


There is much more on this issue in a Hotenda TechZone article written by Prashanth Holenarsipur and Arpit Mehta of Maxim. It describes the difficulties involved in making meaningful measurements of ambient light with sensors that do not match the human eye’s luminosity response curve and in lighting conditions that can vary from the intense blue white of some LEDs to the warm orange of some incandescent bulbs. In car interiors, the problem is further compounded by lighting schemes designed to ensure that the driver’s eyes are best adapted to the road conditions outside the vehicle.

Optical sensors are also used for colorimetry, that is, measuring the exact color of an object in industrial processes such as printing, paints and coatings manufacture, and cosmetics where color accuracy is vital.

As in the previous example, the first thing you need for accurate color measurement includes a stable and well-defined light source. Several TechZone articles have already discussed techniques to create and control white light sources. In this article, Dr. Yoshi Ohno of the National Institute of Standards and Technology goes back to absolute fundamentals with advice about designing your own white light sources using combinations of white LEDs with slightly different characteristics and various mixes of phosphors.

If this is too fundamental an approach, another article describes the basics of color mixing with red, green and blue LEDs and a further article shows how this process can be managed by a microcontroller. As author Kristin Lewotsky writes:

“Dynamic tuning can … generate precise, consistent color from strings of LEDs, despite variations introduced by temperature fluctuations and age.”

Although she writes about the technique in the context of developing stable architectural lighting systems using LED strings, a similar approach should be able to stabilize the lighting used in colorimetry applications.

Measuring color then involves exposing the material or surface under question to a controlled reference light source and sensing the reflected light using optical sensors. Red, green, and blue filters, whose color transmission characteristics have been specified to remain stable over the long term, can then be used to split the reflected light into three components, each of which can be separately measured.

The industrial lighting sector covers a widening range of applications, from street and stadium lighting to the complex and safety-critical cabin of a vehicle. As the sector evolves, the idea that you install some lighting and then cope with whatever output it produces will continue to recede as lighting becomes a much more closely measured and managed service. Sensors will be used both to match lighting output to the ambient conditions, as in the case of the car dashboard, and to ensure that the light output from devices remains constant despite varying operating conditions and their ageing over time.