Advanced capacitors based on conductive polymers maximize performance and reliability.

Capacitors may seem simple enough, but specifying them has actually grown more complex in recent years. The reason why comes down to freedom of choice. The universe of capacitors has expanded greatly over the past few years, in large part because of capacitor designs that take advantage of advances in conductive polymers. 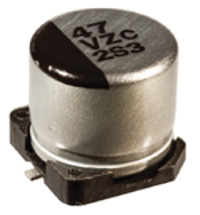 These advanced capacitors sometimes use conductive polymers to form the entire electrolyte; or the conductive polymers can be used in conjunction with a liquid electrolyte in a design known as a hybrid capacitor. Either way, these polymer-based capacitors offer a performance edge over conventional electrolytic and ceramic capacitors when it comes to: The various polymer and hybrid capacitors have distinct sweet spots in terms of their ideal voltages, frequency characteristics, environmental conditions, and other application requirements. In this article, we will show you how to identify the best uses for each type of advanced capacitor. We will also highlight specific applications in which a polymer or hybrid capacitor will outperform traditional electrolytic or ceramic capacitors.

Polymer capacitors come in four main varieties, including the hybrid. Each type has different electrolytic and electrode materials, packaging, and application targets: 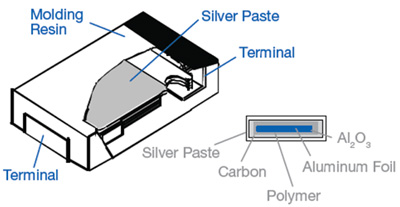 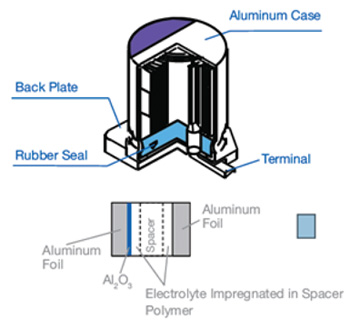 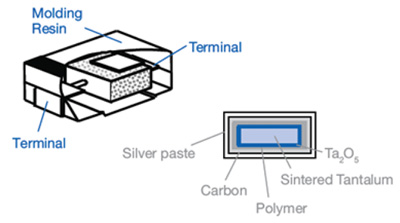 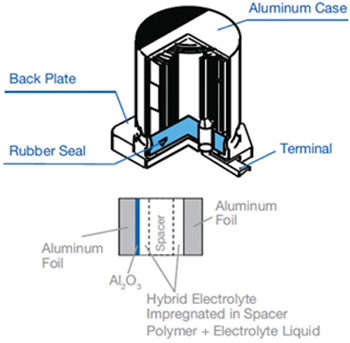 Despite differences in their materials and construction, the four types of polymer capacitors share a collection of desirable electrical properties: 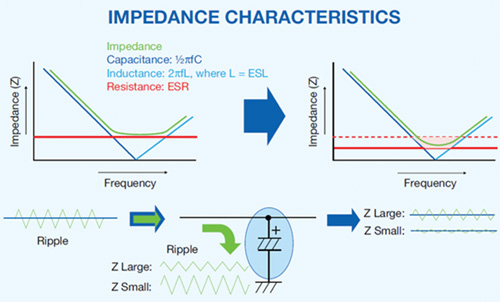 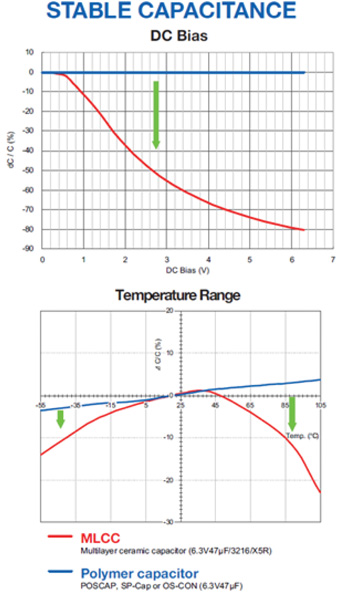 Figure 6: Polymer capacitors have no such problem and remain stable over time. 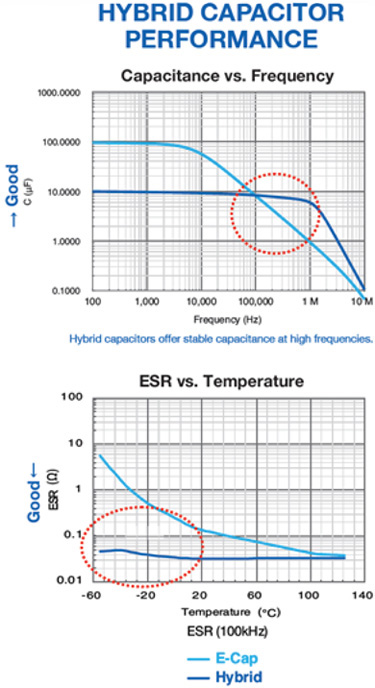 Polymer capacitors have been in production since 1990. However, they continue to evolve, both in terms of their electrical characteristics and their sizing. Consider our aluminum polymer capacitor line, for example. Upcoming models will drive ESR even lower and capacitance even higher, to 2 mΩ and 680 µF, respectively. Looking at the tantalum polymer line, new models will offer reductions in ESR in smaller surface-mount packages. The 3.5 x 2.8 mm B-Size capacitors will likely see a drop in ESR from 9 to 6 mΩ.

Our hybrid capacitor line is evolving too. We are expanding the voltage coverage with new 16 and 100 V capacitors. Life-cycle and ripple-current specifications are also slated for improvement in upcoming product releases.

Reliable capacitors for IT infrastructure

Information technology infrastructures have a little-known weak link: the capacitors in their power supplies.

Conventional electrolytic capacitors tend to fail prematurely when their liquid electrolyte dries up‚ which happens in response to elevated temperatures and long on-times.

Conventional tantalum capacitors are one possible solution to these premature failures. However, tantalums require voltage derating to avoid a very undesirable failure mode, namely, the potential for fires.

More advanced polymer-based capacitors have emerged as a way to improve lifecycle and reliability of IT equipment such as servers, switches, routers, and modems.

Polymer wound capacitors such as OS-CON do not have a liquid electrolyte and therefore can have an extremely long life.

POSCAP polymer-tantalum capacitors contain no oxygen in their formulation. So they are not prone to combustion upon failure. SP-Caps also have a similar benign failure mode.

Robust capacitors for industrial use

The increased use of electronics in industrial applications has created a need for more robust capacitor solutions. These demanding applications often have unforgiving operating environments that are not friendly to conventional capacitor technology such as aluminum electrolytics.

Capacitors utilizing polymer technology, such as our OS-CON and Hybrid models, are ideally suited for these applications because they offer a combination of:

Industrial applications that can benefit from advanced polymer and hybrid capacitors include motor drives, power inverters, and specialty lighting.

Controller applications can take advantage of polymer-based capacitors too. Our POSCAP polymer tantalum and SP-Cap models have all the electrical characteristics we just mentioned but also have compact form-factors that make it easy to integrate them in industrial control systems.

Driven by miniaturization of electrical components and higher switching frequencies of many electrical devices, hybrid capacitors have started to get more traction.

Hybrids are known for their stable electrical characteristics at high frequencies. These robust capacitors also have other compelling advantages that make a difference in applications such as computer servers, backup devices, and networking gear, as well as industrial motors, automotive engine control units, security cameras, and LED lighting. Among the advantages are: 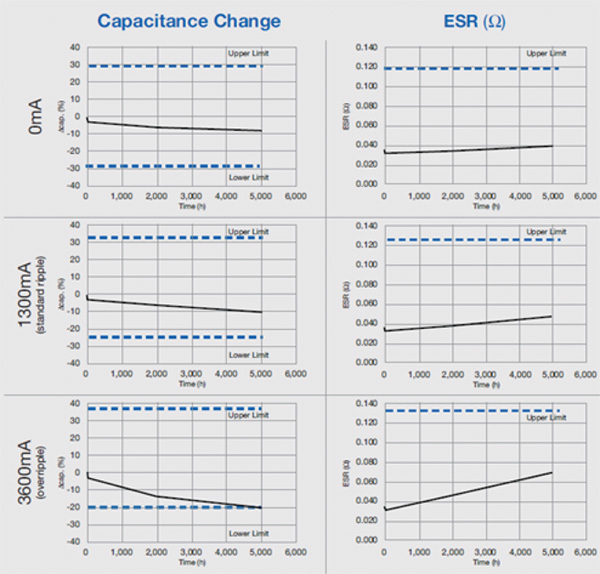 Taken together, the size and reliability produce a strong cost benefit for using hybrid capacitors, in spite of their higher upfront prices. The higher ripple current specification alone can result in a 20% reduction in cost by increasing the life cycle of the capacitor. In the 48 V power supply application we just mentioned, the hybrid capacitors had a total cost 50% lower than the equivalent aluminum electrolytic capacitors, with the savings coming from reductions in board cost, warranty cost, and ability to withstand high ripple current.