The power supply market will post modest growth in 2012 despite sluggish, inconsistent demand. 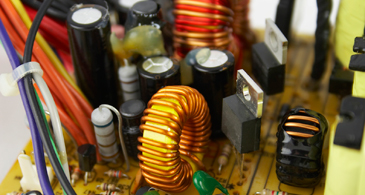 Uncertainty is one word that is used to describe the power supply business in 2012, but there are others.

"The power supply market is inconsistent and sluggish,” said Mohan Mankikar, president of Micro-Tech Consultants, a Santa Rosa, Calif.-based researcher for the power supply industry. “It goes up and down. There's no steady growth or steady decline. There is a lot of uncertainty.”

Mankikar said the power supply business is uncertain because of global economic conditions.

“There is uncertainty in the U.S. and in Europe because of the European debt crisis," Mankikar noted. In China, the economy is in a slowdown. “China used to have a 10 percent growth rate per year and now it is 5 percent. There's just not a lot of certainty," he said.

Despite uncertainty, there will be growth for the power supply industry in 2012, although it will be modest. Global power supply revenue will increase from about $20 billion in 2011 to $20.7 billion in 2012. While business is sluggish in 2012, power supply manufacturers say there is a lot of design activity occurring which should mean robust power supply sales next year and in 2014.

Because business has been sluggish this year, suppliers are reporting that leadtimes have been stable for most power supplies at around 8 to 10 weeks. 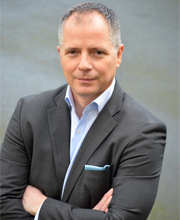 “Business has definitely picked up from the first quarter. We are seeing a lot of activity in our DC to DC space," said Mark Adams, senior vice president for CUI Inc.Prices have also been stable, but that is not necessarily a good thing for buyers at large OEMs.

Big customers have been accustomed to “three to four percent cost drops every year, and now that's not happening," said David Norton, vice president of marketing and technical support for TDK-Lambda Americas Inc, based in San Diego, Calif. In some cases, prices are increasing three to four percent.

Prices are rising because of increasing labor costs in China where there is a lot of power supply manufacturing, as well as component production.

“China’s labor cost rise has been going on for about two years,” said Norton. “I understand that Malaysia has also implemented higher minimum wage levels.”

Further price increases are likely next year because labor costs in China are expected to continue to rise.

In an effort to offset higher labor costs, some power supply manufacturers are moving production to other lower-cost locations.

“From a pricing standpoint, we know that the price of labor is going to go up in China again next year, so we are planning accordingly,” said Mark Adams, senior vice president for power supply manufacturer CUI Inc. based in Tualatin, Ore. “We are looking at more inland China options, as well as other countries, to offset that potential price increase for labor.”

While prices for specific power supplies may increase, the average selling price (ASP) overall for power supplies should decline because of the shift to lower wattage devices with lower price tags. 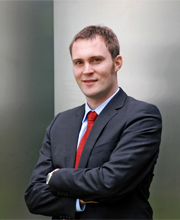 "The industrial side and medical segments are performing as we were expecting, but the commercial off-the-shelf (COTS) military side of the business is softer than what we've seen in previous years," said Christoph Wolf, senior executive vice president RECOM Power Inc. in Brooklyn, N.Y.For instance, a 200 W power supply for desktop computer costs $10 to $25. A power supply for a laptop would be about $5 to $10, while a media tablet power supply would run $1 to $2. A cell phone power supply could cost as little as $.70, according to Mankikar.

While business has been sluggish, some power supply manufacturers say they have seen a recent improvement in business, while others say it looks like a recovery will not occur until the first quarter of 2013.

“It seems that everyone saw a slowdown at the end of summer and in Q4,” said Norton. “The larger tier 1 customers have been the hardest hit, but there is steady business with the smaller companies and there is plenty of design activity going on.”

Adams said data communications and telecommunication segment is fairly flat, but other customer segments such as medical are up. “A lot of our traditional market is industrial which is strong,” he added.

Adams noted that CUI has a diverse customer base which has helped the company weather the weak economic environment. “We ship power supplies to more than 55,000 customers per year across all industries,” said Adams. Because CUI has a broad customer base, it does not get hit as hard as other companies that may be highly leveraged with one or two customer segments.

Christoph Wolf, senior executive vice president RECOM Power Inc. in Brooklyn, N.Y., said that while power supply design activity has been strong all year, the fulfillment side of the power supply business has been weak, but improving in the fourth quarter.

“Our key markets are industrial, medical, lighting and aviation/military segments. The industrial side and medical segments are performing as we were expecting, but the commercial off-the-shelf (COTS) military side of the business is softer than what we've seen in previous years," said Wolf. 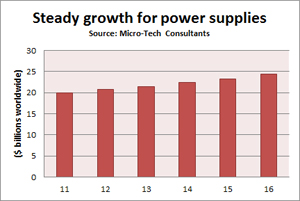 The global power supply business will increase from about $20 billion in 2011 to $24.4 billion in 2016.He noted that demand is healthy for 1 to 3 W AC-DC modules in the RAC family, as well as the R-78 switching regulators which are used in a variety of applications, such as constant current drivers for LED lighting.

Wolf said he is optimistic that business will improve in 2013, but with the Euro-zone crisis and the uncertainty in China, “it is hard to predict.”

Mankikar of Micro-Tech Consultants agrees that the power supply business will improve in 2013 and beyond, and the uncertainty in the market will come to an end. He forecasts that power supply revenue will rise from $20.7 billion this year to $21.5 billion in 2013. By 2016, the power the global power supply market will total $24.4 billion.