Tune In, Charge Up: RF Energy Harvesting Shows its Potential

This article reviews the state-of-the-art of RF energy harvesting, current and emerging applications, and considers some of the recent product introductions in this sector.


In today’s wireless, connected world, ambient Radio Frequency (RF) energy is everywhere. Technically, this free-flowing energy can be captured, converted and stored for use in other applications. In fact, it is already in use in a number of ultra-low-power, battery-free applications, such as RFID tags, contactless smart cards, and wireless sensor networks. As a result of technological advances, harvested RF energy is just beginning to realize its wider potential, including charging batteries in smartphones and other portable devices. These enabling technologies include RF transceivers, power conversion circuits, and ultra-low-power microcontrollers, all of which are becoming ever more efficient. 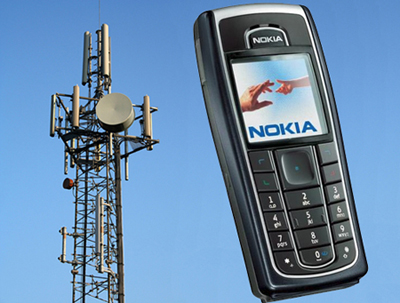 Figure 1: Nokia has been researching wireless recharging technology, including RF energy harvesting, since 2009.

RF energy is readily available in most inhabited areas from sources such as TV, radio and cellular phone antennas as well as wireless radio (Wi-Fi) networks, base stations, routers and even portable communications devices. RF energy can be captured via a power generating circuit linked to a receiving antenna, then converted into usable DC voltage. In the same way as other energy harvesting sources, the converted power can either be stored directly in a battery, or can be accumulated in a capacitor to power circuits directly or charge a battery.

Although the power available from ambient RF energy is very low (typically measured in microwatts), it has proven to be sufficient for a number of applications, such as RFID tags, wireless sensor networks for remote monitoring, and NFC functionality in contactless smart cards and, more recently, in smartphones.

RFID tags, for example, incorporate an integrated sensor, transmitter and antenna, which harvest just enough RF energy from the RF signal sent by the reader, to send back identification information. Evolving technology is enabling tags to be made smaller and to increase read ranges. Typically requiring just microwatts of energy to transmit ID data, the read range will vary depending on the power of the transmitter. Indeed, in any application, proximity to the transmitting antenna is critical and this, combined with the power output of the source, will define the types of applications that can be supported.

There are a host of battery-free wireless sensor applications now deployed relying on an ambient or intentionally broadcast RF signal to wake up and power the sensor, to take a reading, and/or send back data. The technology is becoming well established in the logistics (goods tracking), environmental monitoring and intelligent buildings sectors, for example.

However, the dream whereby RF power can be harvested to charge batteries in nearby portable devices is coming closer to reality. If fact, this is already beginning to happen in lower power, battery operated applications: TVs and game consoles are being designed to charge up remote control devices in the same room, for example. RF energy can be used to power devices such as portable trackers and beacons used in extreme sports, trickle charge tracking tags, wearable medical sensors, and consumer devices such as e-book readers. In addition, harvested RF can viably be used to trickle charge rechargeable batteries in devices stored for long periods between uses, maintaining them at the required voltage for safety or battery cell performance.

Another appealing factor associated with capturing freely available RF energy is that it can be used to supplement conventional energy harvesting systems. It could be used to trickle charge batteries at night when solar chargers are not working. Alternatively, it could be installed as a backup if a monitoring system or its battery backup failed, providing an alert and/or maintaining critical functions. It may be that RF energy can make a significant difference to battery lifetime, simply by offsetting the sleep current required by an ultra-low-power microcontroller, for example, thereby justifying its use.

While proven as a viable power source for low power applications, some market watchers remain skeptical of its wider potential. Despite the proliferation of RF transmitters across a variety of frequency ranges, the amount of ambient RF energy available is not huge and is unlikely to grow, they say. Certainly, many governments have issued guidelines designed to limit RF power output from a single transmitter.

However, even comparatively low power levels, in one experiment, measured at 580 µW/cm² at ground level from a mobile phone network antenna, can be exploited by certain applications. Cellular phone antennas and base stations are of interest as they broadcast at relatively high powers, allowing energy to be captured, potentially, at tens or even low hundreds of meters from a 3 W transmitter. Alternatively, RF energy available from a 50 to 100 mW Wi-Fi router (albeit at lower levels) could be harvested and utilized at closer proximity, within a couple of meters. A smartphone or similar hand held device could power an NFC tag for access control, for example, when within centimeters of a receiving antenna.

It is true also, that the levels of RF energy available drop considerably with distance, following the inverse square law. Directional antennas may help in certain applications, but are not always feasible, particularly for mobile systems. Nevertheless, supporters will argue that the ubiquity of transmitters means there will always be another source nearby, which could suit some more opportunistic applications such as trickle charging mobile devices. Another disadvantage is that objects can reflect and absorb RF energy. Consider how your mobile phone signal can deteriorate just by walking indoors.

The doubters question the technology: antenna and power conversion efficiency, to name but two aspects. Devices are typically tuned to operate most efficiently at specific frequencies. Realistically, the skeptics say, with practical antenna sizes, engineers should rely on only around 10 to 100 µW of electrical power that can be harvested, even from the more powerful transmitters. Certainly, this is totally ineffective for even trickle charging batteries in more power-hungry tablet-type devices.

However, research is continuing into ultra-wideband antennas that can harvest energy from a variety of signals in different frequency ranges. This has the potential to yield energy in the 1 mW region, they say, compared to the low hundreds of microwatts currently achievable.

Elsewhere, Dutch researcher Holst Centre is leading a number of energy harvesting projects, one of which is to improve the energy efficiency of the RF energy transport system. This will allow an increase of the operating distance between source and battery.¹ The aim is to realize DC power levels in the order of 100 µW over distances of multiple meters, at least from sources in the ISM (2.446 to 2.454 GHz) band.

Efficiency is improving in other types of devices too, and requirements can vary, depending on the energy levels needed by the application. Higher power systems might require a rectenna (antenna integrated with rectifying diodes), while lower power system needs could be met with much smaller, simpler printed antennas, for example. Holst Centre is also working on optimizing the conversion efficiency of rectifying antennas through impedance matching techniques.

In the commercial world, the product choice continues to grow. A technology leader in the contactless smart card and NFC marketplace, STMicroelectronics, has recently released a development platform for its innovative contactless memories with RF energy harvesting capabilities. Designed for battery-free applications that can exchange data with (ISO15693 compatible) NFC-enabled smartphones and RFID systems, the M24LR Discovery Kit is based on the company’s M24LR EEPROMs. The memory device itself features a standard I²C interface as well as an RF interface, which can convert ambient radio waves emitted by RFID reader/writers and NFC phones, or other portable devices, to power its circuits, thereby giving it energy-autonomous, battery-free operation.

The kit meanwhile, includes an RF transceiver board with a 13.56 MHz multiprotocol RFID/NFC transceiver, driven by an STM32 32-bit microcontroller, which powers and communicates wirelessly with a second board equipped with the M24LR dual interface EEPROM, the STM8L, ST’s ultra-low power 8-bit microcontroller and a temperature sensor.

The amount of energy available is dependent on the RF power of the source and the distance between the devices. The use of ultra-low power microcontrollers is essential, and devices in ST’s STM8L range offer five different power modes, consuming just 300 nA in its lowest power mode. The dynamic run mode power consumption is quoted at 150 µA/MHz.

Texas Instruments offers a similar concept but a different approach with its TMS37157 device, described as a passive low frequency interface, which operates from the ISO 18000-2 RF air interface protocol. Designed for short range, battery-free, two-way communications, in applications such as data logging and medical biosensor devices, the device operates by scavenging the RF energy transmitted from the base station. In particular, it provides reliable two-way communication in harsh environments.

It can also be used in battery-powered applications, in combination with an active low power wake-up device, to help conserve operating power as well as charge up the battery. During sleep mode, overall power consumption is quoted at just 60 nA.

With EEPROM and 134.2 kHz transponder interface, the TMS37157 uses energy harvesting to power a microcontroller and sensor over the low frequency link, and is suitable for battery-free and battery-powered applications. The configuration memory can be written without battery support. Similarly, for data logging systems, the ultra-low-power data logger memory can be written by the microcontroller and read through the LF interface. For remote control applications, the device can be combined with a UHF or IR transmitter and low power microcontroller. In this case, the push button detection circuit can power up a microcontroller. For standard RFID applications, the device provides the RFID transponder with unique ID and 121 bytes EEPROM.

TI offers a range of ancillary components, including ultra-low power microcontrollers, power conversion and battery management circuits and RF devices, as well as user/design resources such as application notes, tools and software.

Figure 3: TI’s eZ430 – RF2500 RFID development kit, one of a range that is suitable for RF energy harvesting applications.

Sourcing a solution that already includes the RF energy-harvesting receivers can be a smart move, as the optimum design configuration can require significant RF expertise. In the case of rectenna based solutions, specialized equipment to measure the complex impedance of the antenna. US manufacturer Powercast, for example, offers a range of Powerharvester receivers, and is recognized as one of the leading vendors of RF power harvesting technology.

In operation, the Powerharvester stores energy directly in a battery for short-range applications. Alternatively, energy can be accumulated in a capacitor before directly powering circuits or charging batteries. The receivers are designed with a 50 ohm input to work with standard or custom antennas. 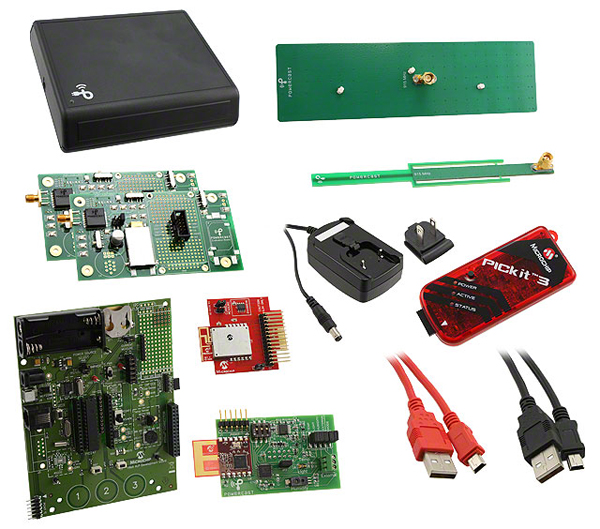 Once again, the successful exploitation of harvested RF power relies on the use of ultra-low-power microcontrollers. In this case, Microchip’s nanoWatt XLP series fits the bill, with the PIC XLP24F being a popular solution. Devices in this family offer sleep modes with currents as low as 9 nA, and 45 µA/MHz in active mode. Additional features include code execution efficiency and multiple wake-up sources.

Typical applications that can be developed with this Microchip technology include RF sensor networks, temperature/environmental sensors, as well as building automation and security sensor networks.

Predictions that RF energy harvesting will prove to be only a niche market may be somewhat inaccurate. This article has identified several trends that look likely to contradict the statement. The trend towards ultra-low power technology, not only for battery-free wireless sensor applications, but also for battery-powered systems, is primarily enabled by the emergence of ultra-low power microcontrollers; the continuing reliance on batteries and the challenge of keeping them charged efficiently; significant improvements in antenna technology and power conversion efficiency; and the ready availability and accessibility of ambient RF energy.

A short review of some of the more recent devices, technologies and development kits currently available to support this emerging sector, gives evidence to some of the trends outlined above.