Thin Sensors are in Vogue (for More than Fashion Reasons)

Learn how ultra-thin sensors are being employed in a wide variety of health, safety, and environmental applications where size matters and less is more.

For a population obsessed with becoming ultra-thin, sensors seem to be reflecting the fashion trend. Nanotechnology and nanoscale materials are providing new solutions in physical, chemical, and biological sensing that enable increased sensitivity to reliably detect and identify the source of pollutants, find impurities, locate pathogens, and overcome the technical barriers commonly associated with conventional sensors. As a result, ultra-thin sensors increasingly are being employed in a wide variety of health, safety, and environmental applications where size certainly matters, less is more, and “thin is in.”

How thin can sensors go? While the technology of thin-film semiconducting materials for use as gas sensors is now well understood, Alexander Balandin, UC Presidential Chair and professor of electrical and computer engineering at the University of California Riverside and graduate students in his lab want to go an order of magnitude further: they have built atomically thin gas and chemical vapor sensors from molybdenum disulfide and tested them in collaboration with researchers at the Rensselaer Polytechnic Institute in Troy, New York. The devices have two-dimensional channels, which are ideal for sensor applications because of the high surface-to-volume ratio.  Sensors made with atomically thin layers of MoS2 have better selectivity to certain gases because of the electron-energy band gap in this material, which results in strong suppression of electrical current when exposed to certain gases. The researchers demonstrated that the sensors, which they call molybdenum disulfide thin-film field-effect transistors (TF-FET), can selectively detect ethanol, acetonitrile, toluene, chloroform, and methanol vapors.

These ingestible sensors have been used for a few years, with no report of adverse events.  The sensor, only a grain of sand in size (measuring 1 mm square) is comprised mostly of silicon. It does not contain a battery but instead contains two conductive materials that, when they become wet in the stomach, can power the sensor for a short amount of time. After its useful life, the ingestion sensor is designed to move through the body in the normal process of digestion. 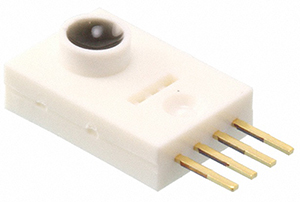 Figure 1: The Freescale MPX2300DT1 pressure sensor can be used in invasive applications.

Featuring integrated-temperature compensation and calibration, the low-cost, high-volume, miniature pressure-sensor package can be used as either a sub-module component or as a disposable unit. The device combines the performance of shear stress-pressure sensor design with biomedically-approved materials for use in a variety of invasive applications.

Class V requirements. The properties of the gel allow the sensor to transmit pressure uniformly to the device’s diaphragm surface, while isolating the internal electrical connections from the corrosive effects of fluids, such as saline solution.

Another example of an extremely tiny sensor was announced last year when a pH sensor, 500 times thinner than human hair, was developed by nanotechnology scientists at Edith Cowen University (ECU). Within a state-of-the-art cleanroom facility, researchers used ruthenium-oxide nano-film to create the device. Kamal Alameh, director of the ECU Electron Science Research Institute explained that the solution integrated the sensor and a transmitter to create a new device that replaced traditional glass electrodes that have been in use for approximately 80 years.

The ruthenium-oxide sensor is incredibly small; it fits neatly into a capsule approximately 1 cm in length and 0.5 cm in diameter, and the transmitter takes up the majority of the capsule’s space. From within the capsule, the sensor is able to read voltage, which translates as a pH level or acidity reading of the substance under test. The sensor and the transmitter’s electronic coil are powered by external magnetic energy. The pH sensor can be used in a wide range of applications, from agriculture, environmental science, and water treatment. Given that the device fits into a capsule, it can also be applied in medicinal settings, and patients can swallow the device without harm.

“Skinny” can also apply to the film thickness of sensors. For example, the Sensors and Electronics Branch of the NASA Glenn Research Center (GRC) is developing thin film sensors for surface measurement in propulsion system research (Figure 2). The sensors are used for strain, temperature, heat flux, and surface flow, as well as for critical vehicle-health monitoring and characterization of components of future space and air vehicles.

The use of sensors made of thin films represents several advantages over wire or foil sensors in hazardous, high-temperature environments. They do not need special machining of components on which they are mounted and they are, at less than 10 µm in thickness, thinner than wire or foils. The technology replaces spray-on sensors with total thicknesses greater than 10 µm, which NASA found cause increased turbulence and heating of turbine components, delivering erroneous measurements as a result. 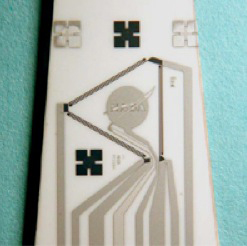 Designed to meet demand for sensors in the rapidly growing wearables segment, the STMicroelectronics LPS25HB is a water-resistant MEMS piezoresistive absolute-pressure sensor that functions as a digital-output barometer. The device includes a sensing element and an IC interface that communicates through I2C or SPI from the sensing element to the application. The sensing element itself is suspended by springs for greater shock/vibration durability. It provides high reliability, easy-system integration, and enables thinner devices.

In addition to small and thin, many applications demand a non-contact sensor solution. The Texas Instruments TMP006/B Infrared Thermopile Sensor in a Chip-Scale Package (Figure 3) provides non-contact temperature sensing for use in health, beauty, and flame-detection applications. It is housed in a compact package measuring only 1.6 mm x 1.6 mm x 0.625 mm.

Figure 3: A simplified schematic of the TMP006/TMP006B by Texas Instruments.

The TMP006 and TMP006B are fully-integrated MEMs thermopile sensors that measure the temperature of an object by absorbing passive-infrared energy from an object at wavelengths between 4 μm to 16 μm within the end-user’s field of view.

The corresponding change in voltage across the thermopile is digitized and reported with the on-chip die thermal-sensor measurement through an I2C- and SMBus-compatible interface. Armed with the data, the object’s temperature can be calculated by an external processor.

While thin may be attractive, with sensors it’s all about enabling the functionality required in a design aimed at a specific application.  As this article has shown, there are numerous drivers behind ultra-thin sensor technology, a variety of off-the- shelf solutions to help engineers meet their design requirements, and new sensors being developed in research labs with capabilities that until very recently were only dreamed of.