The Role of Slope Compensation in Current-Mode-Controlled Voltage Regulators

The technique of slope compensation, how it is implemented, and how it affects the performance of current-mode control switching regulators.


Current-mode-controlled DC-DC switching voltage converters (“switching regulators”) are popular because they offer the high efficiency of a switching power supply while overcoming the drawbacks of traditional voltage-mode-controlled devices.

However, the current-mode design can suffer from instability when the duty cycle of the pulse-width-modulation signal (PWM, used to set the output voltage) rises above 50 percent. To overcome this instability, design engineers use a technique called slope compensation to restore reliable operation across the whole PWM duty-cycle range.

This article describes the important, but largely unheralded technique of slope compensation, how it is implemented, and how it affects the performance of current-mode control switching regulators. The article then continues with examples of commercial voltage controllers from major power module manufacturers that incorporate the technique.

The benefits of current-mode control

In a conventional voltage-mode-controlled switching regulator, the pulse-width-modulation (PWM) signal is generated by applying a control voltage to one comparator input and a sawtooth voltage (the “PWM ramp”) of fixed frequency, generated by the clock, to the other. The output voltage of the regulator is proportional to the duty cycle of the resultant PWM square wave.

An alternative design, the current-mode-controlled regulator, has become popular because it offers a number of advantages. For example, a current-mode control regulator responds to line- or load-voltage changes much more quickly than voltage-mode, it eliminates the loop gain variation with input voltage drawback of voltage-mode, compensation is easier to implement, and the circuit also exhibits a higher gain bandwidth compared to voltage-mode. (See the TechZone article “Voltage- and Current-Mode Control for PWM Signal Generation in DC-to-DC Switching Regulators.”)

A current-mode-controlled regulator differs from a voltage-mode equivalent by the addition of a second loop feeding back the inductor current which then contributes to the derivation of the PWM ramp. This feedback signal comprises two parts: the AC ripple current, and the DC or average value of the inductor current. An amplified form of the signal is routed to one input of the PWM comparator while the error voltage (Ve, the difference between the reference voltage and the output voltage) forms the other input. As with the voltage-mode control method, the system clock determines the PWM signal frequency (Figure 1). 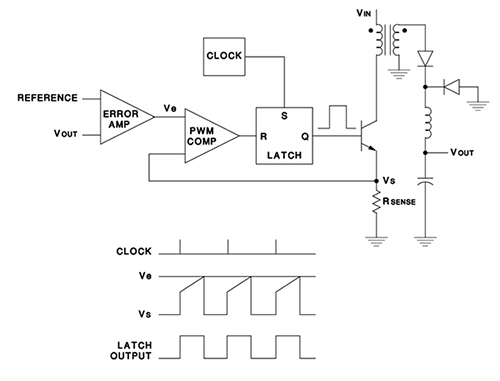 Figure 1: Current-mode control switching regulator. Here the PWM ramp is generated from a signal derived from the output-inductor current. (Courtesy of Texas Instruments)

While current-mode control has a number of advantages it is not without its complexities. Most significant among these is instability of the “inner” control loop (carrying the inductor current signal) at duty cycles above 50 percent. Pioneering design engineers were quick to find a solution to this problem by “injecting” a small amount of slope compensation into the inner loop. This technique ensured stable operation for all values of the PWM duty cycle.

Many power supply designers, while being aware of the technique, are mystified how slope compensation works and how its implementation impacts on the circuit’s performance. Let’s take a closer look. 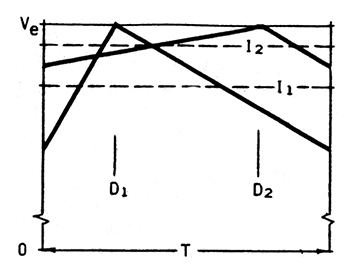 Figure 2: In a current-mode control regulator, the inductor average current is proportional to the duty cycle. (Courtesy of Texas Instruments)

The difference between peak and average inductor current forms is an error (ΔI), which is greatest when VIN is large. At lower duty cycles the error is less of a problem because it remains constant, but at duty cycles above 50 percent the error increases for each successive inductor charge/discharge cycle, inducing instability (Figure 3). 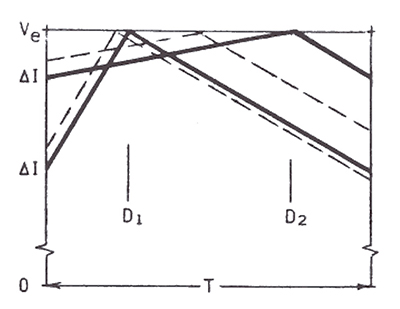 By summing a negative-sawtooth ramp voltage with the amplified Ve at the control input of the comparator (shown in Figure 1) an engineer can introduce slope compensation into the circuit. For perfect compensation, the compensation ramp must have a slope equal to exactly half the downslope of the voltage waveform at the other comparator input, which is the voltage analog of the inductor-current downslope as seen across the current-sense resistor. 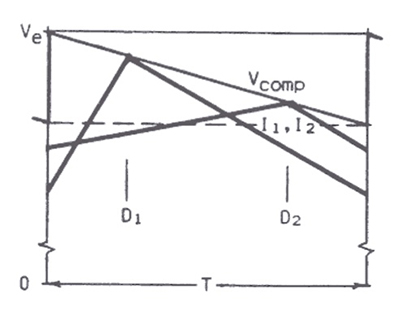 Figure 4: With slope compensation, the average current of the circuit remains constant with varying duty cycle. (Courtesy of Texas Instruments) 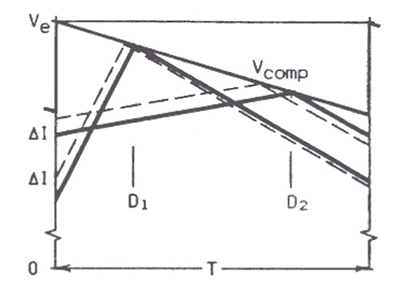 For an engineer building a current-mode control regulator from discrete components, generating the negative ramp required for slope compensation can be tricky. One solution is to employ a positive ramp from the PWM IC by applying it through a voltage divider to the opposite comparator input (then summing with the voltage analog of the inductor current as described above).

An increasingly popular alternative is to base the circuit around a switching controller module that integrates the PWM control electronics into a single device. Many of these modules now include slope compensation incorporated by the manufacturer.

Examples of power modules that incorporate current-mode control with slope compensation include Texas Instruments’ (TI) TPS43060. The device is a 1 MHz switching controller that operates from a 4.5-38 V input at up to a 95 percent duty cycle. The chip features internal slope compensation to avoid subharmonic oscillation at duty cycles higher than 50 percent.

For its part, Intersil also offers a switching regulator with programmable slope compensation, the ISL6726 (Figure 6). The manufacturer says that the device is a current-mode PWM controller with many features designed to simplify its use. As with the Maxim device, slope compensation is again set by using an external capacitor. The datasheet for the ISL6726 includes a handy guide of how to calculate the capacitor value for a given slope gradient. 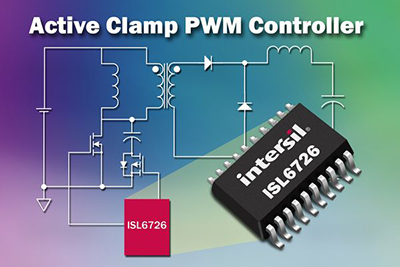