The Move to 2D Barcodes Begins

The electronics industry will transition to 2D barcodes over the next five years. 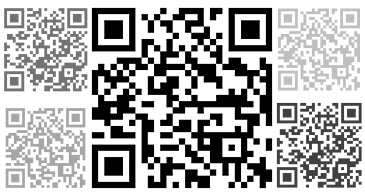 Just a handful of electronics component manufacturers and distributors are using two-dimensional (2-D) barcodes, but use of the scanning technology will rise steadily because it improves efficiency in the handling and shipment of parts.

In electronics, barcodes are embedded with information such as part number, purchase order number, lot code, date code, quantity and country of origin.

A few component manufacturers and distributors are already using 2-D barcodes. One company is Vishay Intertechnology, based in Malvern, Pa.

“We have had 2-D capability for quite some time,” says David Valletta, executive vice president worldwide sales at Vishay. “We use it with a number of our major customers and distributors depending on their needs.” 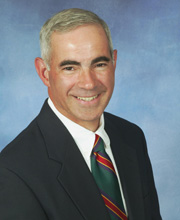 “We have had 2-D capability for quite some time,” says David Valletta, “We use it with a number of our major customers.”He says it is not yet widely used, but “if a customer or distributor comes to us and says ‘we want you to label with 2-D barcode’ it's not a problem at all.”

Valletta says barcoding is “an essential part of supply chain management and management of the products. Two-dimensional barcodes will become more and more prevalent, but it is difficult to say when complete transition will occur from 1-D to 2-D barcodes.”

Valletta says the chief benefit of 2-D barcoding is that more information can be embedded in the 2-D label.

“With 2-D, a machine can read the code and know everything it needs to know about the parts and its specs. The barcodes contain all information that is in our system about the part,” says Valletta.

He adds that 2-D will also improve the efficiency for customers’ handling of parts.

Thief River Falls, Minn.-based Hotenda is one distributor that is starting to use 2-D barcodes.

“We are embracing it with open arms," says Dave Doherty, vice president of semiconductor products. He says Hotenda has purchased new scanners that read both 2-D and 1-D barcodes.

“Not many component manufacturers are using 2-D right now, but we have started beta testing with one of our major suppliers,” he says.

Doherty adds that the transition to 2-D barcodes will likely occur over the next several years. 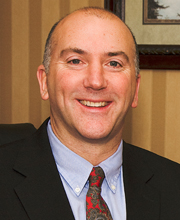 “We are embracing it with open arms. We are beta testing it," says Dave Doherty, vice president, semiconductor products for Hotenda.“There really is no reason to be against 2-D barcodes. The barcodes are smaller physically than 1-D labeling and fits on smaller packaging,” he says.

Doherty says the 2-D barcodes result in greater efficiency in the receiving process because a package only needs to be scanned once. With 1-D barcodes, a package has to be scanned multiple times depending on the number of fields on the label.

Doherty says another advantage to 2-D barcoding is that the alignment of the scanner does not have to be perfect for the scanner to read the code, unlike 1-D barcodes.

“There’s only upside to 2-D barcodes,” he said.

To help the industry make the transition, the Electronic Components Industry Association (ECIA) has developed a standard for 2-D barcodes.

Many companies have been waiting for a standard before making the transition because they want to be able to use a 2-D label for all customers.

“We knew once we had a standard in place a lot of companies would start to make the transition to 2-D,” says Barney Martin, vice president of industry practices for the ECIA.

The transition is starting to happen and Martin says he knows of a “half dozen distributors that would make the transition to 2-D this year” and it is likely more component manufacturers would start to use 2-D barcodes as well.