Switching DC-DC voltage converters (“switching regulators”) offer some key advantages over linear regulators. Chief among these are efficiency and flexibility; switching regulators can step-up (boost), step-down (buck), and invert voltages with ease. Contemporary modular chips are compact, reliable, and available from multiple suppliers (see the TechZone article “Understanding the Advantages and Disadvantages of Linear Regulators” for a full comparison between switching and linear regulators).

However, this flexibility comes at the expense of increased complexity. For an engineer familiar with the elegance of a linear regulator, designing a power supply based around a switching device can be a little daunting. The key to overcoming the challenge is an understanding of what is going on inside that little black chip.

The most fundamental principle of the switching regulator’s operation is that it derives its voltage regulation from the high-frequency switching of a metal-oxide semiconductor field-effect transistor (MOSFET), controlled by pulse-width modulation (PWM), feeding its energy to an inductor. The inductor then acts as an energy reservoir supplying current during the period that the MOSFET is “OFF”.

Transistor switching is a clever method of regulating a voltage and results in a switching regulator exhibiting efficiency from 80 to 95 percent or even greater. The downside is the switching adds noise (ripple) to the voltage output and is responsible for introducing much of the complexity to the design process because it introduces electromagnetic interference (EMI) problems.

Just to make things a little more challenging, many modern applications demand a wide output load. At low loads the inductor current during the MOSFET’s “OFF” period can reduce to zero and the switching regulator enters a “discontinuous mode” which can lead to unanticipated circuit operation. 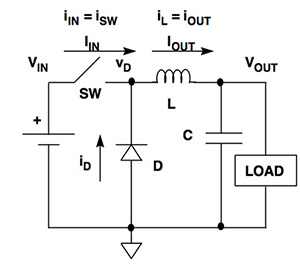 Figure 2: Waveforms from the switching regulator shown in Figure 1. (Courtesy of Analog Devices)

In the following analysis, it’s assumed that the value of the output capacitor (“C”) is such that the output voltage does not vary much during the switch “ON” and “OFF” times. During the MOSFET’s “ON” cycle (determined by the PWM pulse train), a voltage equal to VIN - VOUT is induced across the inductor and the inductor current rises with a slope equal to (VIN - VOUT)/L. When the switch turns “OFF,” the current flows through the inductor and into the load (note that the current in the inductor cannot change instantaneously), with the diode providing a return current path. The voltage induced across the inductor is now equal to VOUT, but the polarity has now reversed.

Where D is the PWM duty cycle (tON/(tON +tOFF))

Figure 3: Waveforms from the switching regulator shown in Figure 1 during discontinuous operation. (Courtesy of Analog Devices)

Since the MOSFET is “OFF” there is no conduction path through the diode. Consequently, the voltage on the input side of the inductor (which is the same as that at the junction of MOSFET and diode) jumps to VOUT, resulting in zero voltage across the winding maintaining zero current.

At this point the circuit can demonstrate unique behavior which may require the designer’s intervention. In particular, because the impedance at the junction of MOSFET and diode is high, ringing (unwanted sustained and transient oscillation) occurs because the inductor resonates due to the stray diode and switch capacitances. The engineer should check if the ringing generates unacceptable levels of EMI and if so, damp the ringing with a suitable RC “snubber” at the expense of additional power dissipation and hence slightly reduced efficiency.

It is possible to calculate the point at which the switching regulator will enter the discontinuous mode. Figure 4 shows the inductor current hitting zero at the precise moment that the MOSFET switches “ON.”

By analysis of this waveform it can be shown that the switching regulator will enter discontinuous mode if:

Where f is the switching frequency.

Discontinuous operation for the boost-switching regulator is similar to that of the buck device but the criterion for entering the mode is different.

Figure 5 shows the circuit for a typical boost converter, and Figure 6 shows the resultant waveforms. 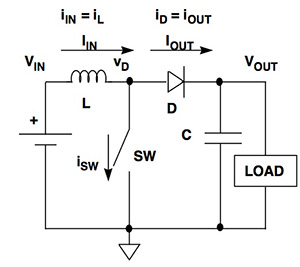 Figure 6: Waveforms from the switching regulator shown in Figure 5. (Courtesy of Analog Devices)

In this case the output of the switching regulator can be calculated from the formula:

As with the buck device, in low-load situations it is possible for the boost regulator’s inductor current to decrease to zero and for the device to enter a discontinuous mode. Again, ringing occurs because the inductor resonates due to the stray diode and switch capacitances and a snubber circuit may be needed.

However, in this case the threshold for entering the discontinuous mode is:

Many silicon vendors offer integrated-switching regulators that incorporate the switching element, diode, and PWM controller into a single device. However, typically, the circuit designer selects the input and output capacitors, and the inductor. There is a wealth of information in vendor application notes about how to select these components which reveals that the choice of inductor in particular is, to a large extent, determined by the desired peak-to-peak value of the inductor current and the switching frequency (see the TechZone article “The Inductor’s Role in Completing a Power Module-Based Solution”).

For a given operating frequency, a larger inductor reduces the peak-to-peak current (because the current ramp-up and -down is shallower for such a winding). This means that if a designer anticipates that the switching regulator will spend much of its time in a low-power mode, careful selection of the inductor would ensure that the device never enters discontinuous mode. In days gone by this was an advantage because some switching regulators were incapable of operating in discontinuous mode and although others could cope with it, performance was usually better in continuous mode. In addition, operation in the continuous mode allowed maximum output power to be extracted from a given input voltage and switch-current rating.¹

However, there were also some major trade-offs with this approach: a larger inductor increased the circuit area, was more expensive, and could reduce the regulator’s efficiency.

Nowadays, silicon vendors have addressed the engineer’s dilemma and many modern power modules are perfectly adept at operating in discontinuous mode with little compromise to overall performance or product lifetime. Such capability allows the designer to take advantage of a smaller inductor even if his product is destined to spend a lot of its time in a low-load state.

Contemporary switching regulators allow an engineer to take a relatively relaxed view on operating his or her power supply in discontinuous mode — providing they take care of any EMI issues that might arise. However, the engineer should be aware that the efficiency of a switching converter does tail off markedly at low loads. For battery-powered devices that often spend long periods in “standby” or “sleep” modes, inefficient operation can result in shorter battery life than intended.

A major cause of this inefficiency is the losses in the MOSFET during the switching operation. At normal loads, this loss is insignificant, but at low loads it starts to dominate. A common technique employed by silicon vendors to overcome poor efficiency at low loads is to let the switching regulator enter discontinuous mode and then suspend switching. A new cycle is then initiated when the output voltage drops below the regulating threshold. Note that while operating in this mode, the switching frequency is no longer fixed –– instead being proportional to the load current –– and hence could induce some additional EMI challenges (see the TechZone article “Techniques to Limit Switching DC/DC Converter Inefficiency During Low Loads”).

Maxim’s MAX8632 buck-switching regulator, targeted at portable computer applications, uses this “pulse skipping” technique. The chip can supply 0.7 to 5.5 V output at up to 15 A from a 2 to 28 V supply. When operating at low loads, a comparator in the chip senses when the current through the inductor reverses and opens the switch, allowing the MOSFET’s body diode to block the reverse current so that the device enters discontinuous mode. Switching restarts when the output voltage drops too low.

Analog Devices’ ADP2503 uses a similar technique which the company calls “power-save mode” (PSM). In this mode, when the load current drops below 75 mA nominally (at VIN = 3.6 V), the controller pulls up VOUT and then halts the switching regime until VOUT reverts to a restart value. Then VOUT is pulled up again for a new cycle. When the load rises above 150 mA, the device reverts to fixed PWM mode. The ADP2503 offers an output voltage of 2.8 to 5.5 V from an input range of 2.3 to 5.5 V. Output current is up to 600 mA (Figure 7). 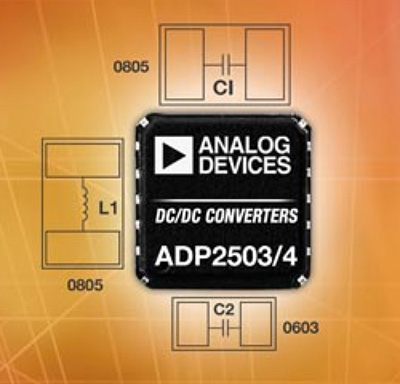 For its part, Texas Instruments offers a range of switching regulators with pulse-skipping capabilities. A typical example is the TPS63036 high-efficiency (up to 94 percent) buck/boost switching regulator. This is a tiny-chip-scale packaged (CSP) regulator that operates from an input voltage of 1.8 to 5.5 V for an output of 1.2 to 5.5 V. Output current is up to 800 mA.

Many modern switching regulators can easily handle operation in the discontinuous mode, and several manufacturers actively employ the technique by suspending switching operations at low loads to improve efficiency. Nonetheless, if the engineer wants to avoid the potential EMI implications of discontinuous mode and pulse skipping operation it is possible –– with judicious selection of the regulator’s inductor –– to limit the peak-to-peak ripple of the inductor current such that the power supply never enters discontinuous mode.

A further option is to carefully consider the operational range to which the switching regulator will be subject and match it to a device which precisely meets that range. Engineers can be tempted to “over-specify” the switching regulator to offer an excessive safety margin at the high-power end. Often this means that the device enters a discontinuous mode at a higher power than a more modest device which, nonetheless, is still capable of doing the job (see the TechZone article “Selecting the Right Voltage Converter Is Not Just About Peak Efficiency”).

A final solution that is worth considering if the end-product always operates at low current is a switched capacitor or “charge pump” device. This is a voltage regulator that uses capacitors instead of an inductor as the energy-storage component and hence avoids discontinuous operation (see the TechZone article “Charge Pumps Cut Switched Converter Costs”).

Leading switching regulator manufacturer Analog Devices has published a white paper “Switching Regulators,” by Walt Kester and Brian Erisman (available from the company’s website) which provides an excellent introduction to switching-regulator operation and circuit design, including a comprehensive description of continuous and discontinuous operation.