The Basics of Z-Wave (And Why You Should Consider It)

ZigBee operates in the industrial, scientific and medical (ISM) radio bands, including 868 MHz in Europe, 915 MHz in the U.S. and Australia, and 2.4 GHz in most other jurisdictions worldwide.

When I was evaluating wireless remote control for home automation, I thought mostly about ZigBee, but it turns out Z-Wave is another good option. Here’s why it should be considered.

ZigBee operates in the industrial, scientific and medical (ISM) radio bands, including 868 MHz in Europe, 915 MHz in the U.S. and Australia, and 2.4 GHz in most other jurisdictions worldwide.

For its part, Z-Wave operates on a variety of sub-GHz frequencies throughout the world. Common frequencies include: USA/Canada 908.42 MHz; CEPT 868.42 MHz; and Hong Kong 919.82 MHz. (CEPT is the European regional organization dealing with postal and telecommunications issues.)

Z-Wave’s mesh network architecture uses source routing and can support up to 232 nodes on a single network. For more reach, networks can be combined and Z-Wave can coexist with other common home networks, including Bluetooth and Wi-Fi, without interference.

“ZigBee is a similar technology [to Z-Wave] with one fundamental difference. In Z-wave all products interoperate,” said Michael Weissman, vice president of corporate marketing for Sigma Designs, which bought Zensys and its Z-Wave technology. While ZigBee has a number of profiles for various applications, with Z-Wave, “They all use the same protocol,” said Weissman. “This means if you get a Z-Wave product, it will work with other Z-wave products.” This interoperability allows end-users to combine devices from various vendors and manufacturers with different competencies can join to integrate complete solutions.

A simple pairing action adds new devices to the Z-Wave network – making it very easy for users, retailers, or integrators. To ensure product interoperability, all Z-Wave devices must pass a certification process to carry the Z-Wave logo.

Z-Wave also is part of Z-Wave Alliance, which includes about 160 companies that make products from lights and thermostats to door locks and shade control among many other controls for the home and garden. 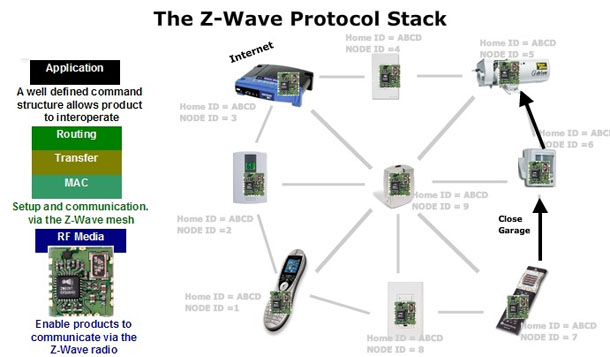 Fig. 1: Z-Wave provides an interoperable ecosystem that gives manufacturers, retailers and consumers, security in knowing that networked products will talk to each other, with confirmable two-way communications. A simple pairing action adds new devices to the Z-Wave network. (Source: Sigma Designs.)

If you opt for a Z-Wave connectivity solution, you won’t be alone. Z-Wave is being used by many of today’s security companies, including ADT. According to Weissman, “Verizon recently has announced it chose Z-Wave and new products will be rolling out in its home base services by this summer.” Those of us who have Verizon FiOS triple bundle – phone, Internet, TV – can expect the fourth service to be called something like “Home Control.”

Evolve Guest Controls is another developer that has implemented Z-Wave at the Wynn, Las Vegas, where more than 65,000 wireless RF lighting and energy management devices exist in 2,800 rooms. Evolve claims it cuts hotel energy use by 25 to 40 percent.

To get started on a Z-Wave-design, look at the ZM3102 from Sigma Designs. It’s a module that represents the third generation of Z-Wave technology and features an integrated CPU and RF transceiver, 32 Kbytes of flash, 2 Kbytes of SRAM, GPIO, SPI, PWM output, and of course a UART. Check it out here.