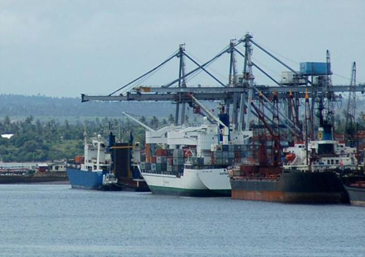 “KEMET has taken significant actions over the past two years to develop a closed-pipe, vertically integrated, conflict-free tantalum supply line,” says chief executive officer Per Loof. “We are now involved in the process from the sourcing of the tantalum ore all the way through to the delivery of capacitors to our customers. This helps to safeguard our supply from these types of issues, which in turn provide greater stability for our customers.”

Recently, officials reached agreement over a controversy surrounding a disputed contract to expand the Dar es Salaam port, according to the Tanzania Daily News. On the heels of the settlement, the Chinese Harbour Engineering Construction Company (CHEC) was selected to undertake the port expansion.

In concert with the expansion developments, the Tanzanian government has taken several measures to enforce discipline and good workmanship among the workers of the Tanzania Harbours Authority (TPA). The institution has been linked to a long history of scandals, including fraud, inefficiency and theft of containers.

Still, the country continues to struggle with pockets of instability. Deadly protests hit Tanzania’s southern Mtwara region over a proposed gas pipeline, which exposed the region’s unpreparedness in managing expectations and proceeds from gas and oil exploration, according to Kenya’s The East African (via www.Afrika.no, the Norwegian Council for Africa).

Mtwara witnessed bloody violence as locals protested the government’s decision to pipe gas (large natural gas deposits were discovered in the region) to Dar es Salaam for refining and eventual sale, rather than build a refining plant in Mtwara.

As a result of this incident, momentum has gathered for comprehensive overhaul of laws governing natural resources in East Africa. According to local reports, controversy is already brewing over how Kenya’s and Uganda’s government plan to spend revenues from oil and gas. Analysts warn of potential conflicts linked to revenue sharing and environmental protection among host communities in resource-rich areas.

In an attempt to end the crisis in the Mtwara region, the Tanzanian government is ordering local governments to take over negotiations with foreign gas companies on behalf of the concerned communities, The East African reported. Residents want local government reforms to give their communities more access to electricity and other amenities. They also want the government to construct a 300-MW power plant in Mtwara before transporting gas to Dar es Salaam.