Average prices for digital signal processors may rise, but so will functionality. 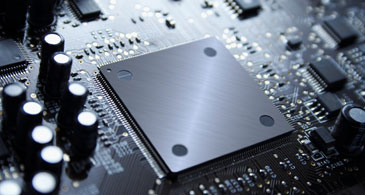 Electronics buyers can expect average prices for digital signal processors (DSP) to increase through the rest of the year, although the overall DSP market will decline by about 4 percent.

Prices will increase as newer, higher-priced DSPs ship. The average price for a DSP will rise from $5.76 in the first quarter to $6.40 in the third. Prices will rise again to $6.85 the fourth quarter, an 8 percent overall increase for the year, according to researcher IC Insights. At the same time, DSP revenue for the year will decline 4 percent to $5.1 billion in 2012.

The DSP market will continue to decline through 2016 when revenue will dip to $4.46 billion, IC Insights reported. While revenue for DSP is declining, it does not mean there is less demand for DSP functionality, according to Brian Matas, vice president of market research for IC Insights, based in Scottsdale, Arizona.

“I think the DSP market as a single-function device is declining, but I don't think the demand for DSP functionality is necessarily being eroded,” he said. “It is being embedded in system-on-chip (SoC) devices and other semiconductors.”

“We see growth for multi-core and maybe some additional growth in programmable logic devices or FPGAs eroding some of the single-function, single-programmable type DSP applications," added Matas. “PLDs and FPGAs are a bit more versatile, and probably cheaper as well, and can do the same function as DSP.”

Matas said the DSP market peaked in the early 2000s, but has eroded. “Gradually the whole market for DSPs as currently defined by World Semiconductor Trade Statistics (WSTS) is one that is not going to show much growth,” he said. WSTS monitors semiconductor shipments and revenue. 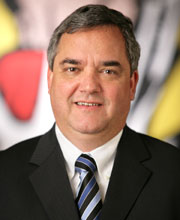 “DSP is part of what TI calls embedded processing. What we consider to be DSP is a growing market and we are outgrowing the semiconductor market,” Glinsman noted.

“Ten years ago it was pretty clear. We had a CPU (central processing unit) that was a digital signal processor and a limited number of peripherals on it," according to Glinsman. “Today you have lots of SoC devices that would not exist without a DSP, but they may have a RISC chip, a reconfigurable engine, or acceleration.”

While demand for single-core DSPs may not be growing, demand for multi-core DSPs is, especially from manufacturers of cellular base stations.

“That market is clearly a growth market today because of the bandwidth expansion coming from the transition from voice to data in cellular networks,” said Glinsman.

He added that while TI has not seen year-to-year growth for DSPs this year, the chipmaker is expecting growth later in the year because there has been a bottoming out of the semiconductor industry.

“Our forecast internally indicates that we will grow this market this year and we do believe it's grown for the last several years," said Glinsman.

He noted that while the single-core DSP business may not be booming, there is still decent demand for such DSPs. He said DSPS are “used to improve audio quality in handsets, speakerphones audio/video receivers – anything to do voice enhancements.” DSPs are widely in used handsets and base stations for interference cancellation and in multiple input/output antennas, according to Glinsman. 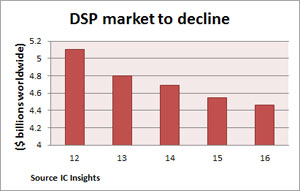 As more digital signal processor functionality is embedded on other chips, the overall DSP market will decline.DSP are also used automotive systems such as adaptive cruise control, braking, and in-factory automation equipment.

“We are seeing tremendous opportunities with equipment used for inspection,” he said. “Such applications range from equipment that makes sure soda bottles are filled to the proper level and the caps are on right, to equipment that inspects semiconductor wafers for defects.”

“DSPs are very valuable in those markets,” said Glinsman.

Glinsman added that there is a transition occurring in military and commercial radar systems in which digital functionality is being moved out to the antenna to eliminate the potential for noise on the analog signal. Phase looped panels are used for this and one or two DSPs are needed for each panel. DSPs in the panels result in resolution that is 10 to 100 times better than older systems, according to Glinsman.

Automotive and embedded vision are two segments that Analog Devices is focusing on, according to Colin Duggan, director of marketing, Processor CPT for the Norwood, Mass.- based semiconductor company.

“We are picking markets where we see above- average growth,” said Duggan. “We see great potential for growth in embedded vision which includes security and surveillance, industrial vision systems, and automotive driver assistance.

“The automotive business has driven growth and there's potential for even more growth," Duggan added.

Other opportunities for DSP growth are motor control and smart grid, which would include smart meters and infrastructure to manage the grid.

“We see great potential for DSP growth in embedded vision which includes security and surveillance, industrial vision systems, and automotive driver assistance,” Colin Duggan, director of marketing, Processor CPT for Analog Devices.Motor control is an interesting area because over the next 10 years, there will be a greater push for more energy-efficient motors, Duggan said.

He added that some motors can inherently have a higher efficiency, but they require a more capable processor to do that.

“If you have higher performance processors and higher performance converters, you can actually control the loop in the motor in a more precise way," Duggan commented. “You can switch the transistors controlling the motor more accurately and that would lead to higher levels of efficiency.”

Besides higher levels of efficiency, buyers can also expect higher performance DSPs over the next several years as process geometries move to 40 nm and 28 nm process technologies.

“The transition means higher performance and higher levels of integration,” said Duggan. As process geometries gets smaller, speed increases and "you can have more transistors in the die area. You can also use multiple cores to bring more performance to an application," he said. 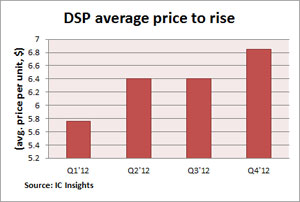 “We publicly announced that during the downturn we would continue to manufacture and grow inventory even though Wall Street doesn't appreciate it," said Glinsman of TI. He added that TI did that because during the last downturn in 2008/2009, leadtimes stretched and "the semiconductor industry as a whole had a problem,” he said.

Duggan noted that Analog Devices has no leadtime issues right now and its delivery times stand at about eight weeks.

“We try hard not to make leadtimes stretch," he said. “Even when business was booming and there were some supply constraints, we did a good job of not falling behind on our leadtimes.”