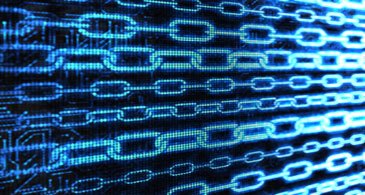 The results of KPMG’s fourth annual Global Manufacturing Outlook survey are in and it appears that global manufacturers are putting their supply chains at the center of their business strategies. But while organizations’ intentions around their supply chains seem to be solid, 49 percent of executives say that their firms lack supply chain visibility beyond their Tier 1 suppliers (those that supply directly to original equipment manufacturers [OEMs]).

According to KPMG, just 9% of companies say they have complete visibility of their supply chains and that number is even lower among U.S. executives, with only 7 percent claiming complete supplier visibility. With nearly half of the companies admitting to limited supplier visibility, and such a tiny percentage of firms saying that they have complete visibility over vendors, it’s no secret as to why a streamlined supply chain remains a far-off goal for many organizations.

By definition, streamlining is the art of improving the efficiency of a process, business, or organization by taking out or simplifying unnecessary steps. Within the procurement process—widely seen as a critical component for companies looking to reduce the cost of goods sold—streamlining has become a popular buzzword, not only within the four walls of the department, but also across the entire supply chain.

Rob Barrett, KPMG’s managing director in supply chain and operations, says electronics buyers looking to improve processes in a way that meaningfully affects the supply chain are often challenged by the business environments in which they operate. In North America right now, for example, procurement professionals are “fighting for capacity with the supply base,” according to Barrett. “Buyers in high tech are not only competing for capacity with other OEMs, but also with a lot of diversified industrial organizations.” 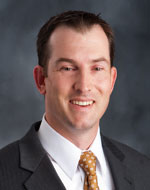 “Buyers in high tech are not only competing for capacity with other OEMs, but also with a lot of diversified industrial organizations,” says Rob Barrett, KPMG’s managing director in supply chain and operations.This competition can get in the way of the buyer who wants to streamline the supply chain and gain visibility beyond a firm’s Tier 1 suppliers.

“It’s amazing to me how many diversified companies bring up electronics contract manufacturers on their lists of top 20 suppliers,” says Barrett, who points to the growth of electronics usage in the automotive industry as just one example of the diverse number of firms that now use electronics. “That just wasn’t the case five or 10 years ago.”

To break through that clutter and create a more streamlined, leaner supply chain, Barrett says buyers should focus on forming relationships with their supply bases. Get to the point where you can communicate your needs effectively, he advises, and establish trust with one another. “If you can do this, the more the likelihood that you’ll get your fair share,” says Barrett, “and work through the biggest [issue] we’re seeing in the domestic marketplace right now for buyers, which is ‘How do I get my fair share?’”

Visibility also comes into play for buyers who are called upon to help cultivate a more streamlined and predictable supply chain. Defined as the ability to access or view relevant data or information as it relates to logistics and the supply chain, visibility is not a one-way street, according to Barrett.

“Too many organizations look at visibility from the OEM to the supplier,” he explains, “and they just want to see where their shipments are, what their inventory is, and where the finished goods are sitting.”

According to Barrett, companies should take a bidirectional approach to visibility by opening up their order books, revealing actual demand levels and stock on hand, and sharing actual usage (versus just forecasts), with suppliers.

“When you exchange information and transparency in both directions,” Barrett says, “you get to the point where all organizations work as one to gain a single view of demand and supply.”

Just how close is the business world to this shared, streamlined supply chain Nirvana? For some industries it’s already here, but for others it could still be several years off. Barrett says the larger high-tech firms like Cisco, Dell, and IBM—plus a handful of larger contract electronics manufacturers—are already exchanging information across multiple tiers and feeling the benefits. He says the automotive industry is about “5-7 years behind,” in the realm of full, transparent visibility and integrated networks.

“Automotive and other sectors will get there,” says Barrett, “because they’ll have to.”