Standards Drive Energy Harvesting in the Home for Smart Lighting

Home automation has become a key application for energy harvesting, offering the ability to reduce costs and make life easier.

Home automation has become a key application for energy harvesting, offering the ability to reduce costs and make life easier. A key element for the development of such systems in residential applications is low cost and multiple suppliers and for this, standards are vital. German energy harvesting specialist EnOcean is celebrating ten years of expertise in energy harvesting for home systems and is now seeing its wireless short packet protocol adopted as a standard by the International Standards Organization (ISO).

The ISO/IEC 14543-3-10 standard for Home Electronic Systems (HES) uses the EnOcean protocol and the first three layers to provide a consistent basis for the development of wireless controllers powered from the environment. This will allow silicon vendors and module makers to develop gateways that will connect to sensors and controllers that use the EnOcean technology. By creating an open standard for such designs, EnOcean sees an increase in volume and a reduction in cost to further drive the technology into the home. 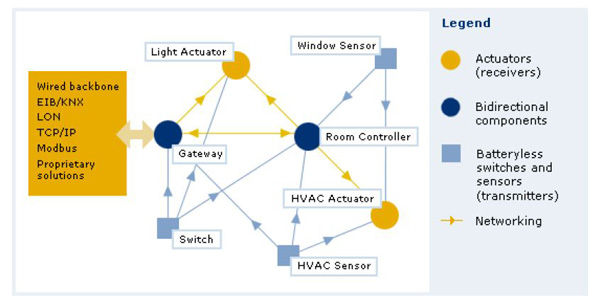 Figure 1: The EnOcean architecture for the ISO/IEC 14543-3-10 standard for Home Electronic Systems (HES).

Having closer control of the lighting systems in the home helps to reduce electricity bills and energy harvesting can play an important role. Being able to have flexible placement of control pads around the home is an important requirement; few consumers would want to alter the room’s aesthetics simply to keep devices near a plug socket or have visible wiring.

All of these can be controlled by a network of sensors and wireless links, directed either locally by control pads or from a central application that can be linked into the corporate network. This control network can also include the outdoor lighting, providing security and safety at night while minimizing the running costs.

Harvesting energy from the environment to power control pads with sensors and wireless links to the lighting system can provide ultimate flexibility to place the pads exactly where they will be used most effectively. This avoids the complex, messy, and often expensive need to install additional data cabling around the home. Using energy harvesting also eliminates the need to replace batteries in the control pads, adding to the appeal for the consumer.

Of course, the lights are mostly powered by the mains, but the continued power consumption reduction of microcontrollers and wireless transceivers from the latest process technology brings the energy requirements of the connected control pad down to the point where the power can be provided from the environment.

For indoor lighting, the main source of energy for the pads is the lighting system itself. That may seem strange, but a solar energy harvesting system can collect the light and store the energy in a battery for use when it is dark, keeping a system running for years without light available.

The latest developments in silicon technology also provide more flexible and efficient solar cells, as well as making existing technologies more cost effective. This gives the designer of the control pad more options for providing power to the system through cells with larger area or smaller ones with more efficiency. This depends on the space available, the look of the units, and the typical use. Some control pads may have small displays that need to be powered, others may use a simple LED just to indicate a switch has been used. More control pads are making more use of capacitive sensors, which also need to be powered.

EnOcean’s modules combine micro-energy converters with ultra-low power electronics and reliable wireless communications. This enables system developers to create self-powered wireless sensor solutions that are fundamental for efficiently managing energy applications in the home. The modules integrate the energy converters, energy management and radio modules, and the system and communication software to make development as easy as possible. The required operating energy is just typically 50 μWs per radio telegram, so the operating energy can be generated by pressure, movements, light, temperature, vibration, or even rotation. The modules also have a high transmission range of up to 300 m outdoors and up to 30 m indoors to provide coverage of a typical home.

A key element of the design for the residential environment is reliability. There can be many sensors operating to control many lighting systems, and all these have to work reliably in a radio environment that includes lots of other noise, from microwave ovens to cordless phones and Wi-Fi data networks. EnOcean uses regulated frequency ranges approved for pulsed signals at 868.3 MHz or 315 MHz for worldwide use, coupled with a pre-arranged transmitter to receiver assignment with four billion fixed code numbers to provide this reliability, which is now within an open standard environment. The radio uses ASK and low data rates of 125 Kbit/s to keep the costs down, along with short telegrams that are sent at random to avoid collisions.

The strength of EnOcean lies in the combination of three key technologies: wireless sensors using motion converters, solar cells and thermo converters; using optimal techniques for energy management, that make sure the devices function with even the tiniest amounts of energy, to transmit sensor information via radio; and intelligent software-stacks to enable a modular, versatile and user-friendly integration into the customer application.

EnOcean’s EDK312 development kit contains the low power RF transmitter module coupled with a Peltier-effect sensor to capture the heat energy. The STM 312 RF module operates at 868 MHz and supports a wide range of wireless sensors. Other energy harvesting sources such as solar cells can also be added, depending on the situation in the home, using the lighting itself or a local heat source to supply power to a battery for the control pads. 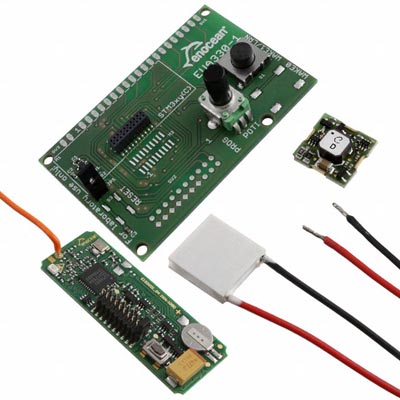 This could include the Sanyo AM-5902CAR, which uses a flexible solar cell material based on amorphous rather than crystalline silicon to give the designer more options and create control units appropriate for the consumer environment.

The amorphous silicon allows more light to be absorbed, making the cell thinner for a given power output. This means film of less than 1 µm can be produced and used for power generation. By using a plastic substrate, this film can be made flexible to use for harvesting the light energy to power the controller pad.

Other solar cell technologies can also be used. IXYS’ IXOLAR SolarMD can be used to power the wireless sensors and backup batteries in the pad. With a cell efficiency of typically 22 percent, SolarMD gives the ability to extend run time even in "low light" conditions and increase battery life and run time in a small footprint, which can be easily accommodated in the design of portable products. The design allows connecting SolarMD flexibly in series and/or parallel to meet specific power requirements.

The operation of the EnOcean ECT310 DC-DC converter starts at 20 mV relating to a 2 Kelvin temperature difference from the low-cost standard Peltier element that is used as a thermo-electrical generator. A temperature difference between the two plates of a Peltier element generates electrical power and an ultra-low-voltage DC/DC converter is required to boost the small output voltages to a voltage greater than 3 V, as required for standard electronic circuits.

EnOcean uses a system of distributed intelligence so that everything keeps working if a component fails. This means that each functional node has its own local processor that detects measured data, controls energy management and wireless transmission, and can make its own decisions.

Various companies are already using the EnOcean technology for residential lighting. For example, BSC Computer in Germany has software and hardware for solutions related to building automation, energy management, and ambient assisted living. The sensor network is based on EnOcean energy-independent wireless technology and can be used to control the lighting in the home via smartphones, tablets, TVs or PCs.

There are other approaches for energy harvesting for residential lighting, both indoors and outdoors.

For indoor lighting, Microchip’s XLP 16-bit Energy Harvesting Development Kit uses solar energy to provide the power for a control system that can be used for residential lighting control applications. It uses the PIC MCUs with nanoWatt XLP technology running from a solar cell to power an RF transceiver through the expansion connector for PICtail modules. 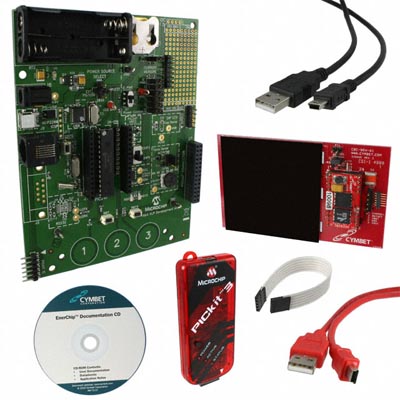 The kit is based around Cymbet’s Solar Energy Harvester. This is suitable for indoor lighting, and captures, manages, and stores energy in two Cymbet EnerChip thin-film rechargeable energy storage devices. The EnerChips supply energy to the XLP development board when light is not available.

The power condition and capacity are monitored by the PIC24F microcontroller using Energy Conscious software algorithms developed by Microchip and Cymbet and integrated into a control pad.

Similarly Silicon Labs also has a Solar Energy Harvesting Board with Thin Film Battery that has all the elements to provide a networked node that is powered from indoor lighting of around 200 lux. This evaluation board is ideal for residential lighting control pads as it is aimed at systems that wake periodically to measure and transmit results. As it is powered from an energy harvesting source, the life expectancy of the thin film battery is greater than 15 years or 7000 mAh. This also means the wireless node can be designed with a very thin profile as the battery height is 0.17 mm to fit into a small casing suitable for a control pad that can be easily mounted anywhere in the office environment. 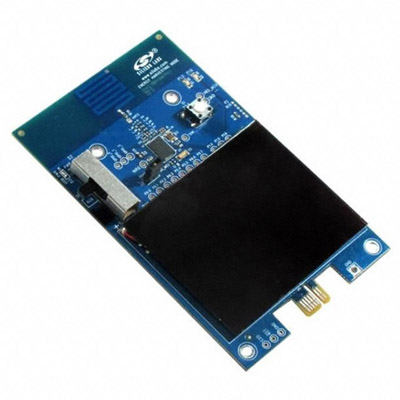 The system consists of a wireless Sensor node and the EZRadioPRO USB Dongle, which uses an 8051 microcontroller and Silicon Labs Si4431 radio operating at 919.84 MHz, powered by a solar energy harvesting power supply. The leakage current of the energy harvesting supply is approximately 3 µA. This means just 50 lux shining into the solar cell is enough to support the controller for up to seven days in the dark, or indefinitely if the lights are used regularly.

Having lighting outdoors at night is also important for residential systems. Energy harvesting can also be used for outside lighting as the main source, controlling the lights via the same wireless networks and controllers. This can even be linked into home security systems.

The STEVAL-ILL022V1 solar-LED streetlight controller evaluation kit from STMicroelectronics is made up of an 80 W battery charger and a 25 W LED driver. It supports Maximum Power Point Tracking (MPPT) to get the maximum possible power from the solar panel by sampling the output of the cells and applying the right load to get the maximum efficiency. A constant current control for LED lamps and battery charge control simplify the system design. Easy system monitoring is available via debug LED indicators. 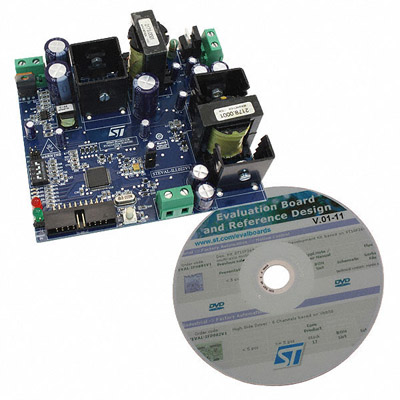 Energy harvesting for residential lighting systems provides many different ways to provide a controller and sensor network that is cost efficient and flexible. Being able to avoid replacing batteries and place controllers and sensors anywhere in the home gives many opportunities for innovation. Using tablets, smartphones or PCs to control home lighting, potentially from anywhere in the world, allows home automation to take a dramatic step forward. Up until now, there have been proprietary implementations and wireless protocols. Now the ratification of the ISO/IEC 14543-3-10 standard for Home Electronic Systems provides an open base for the development and cost reduction of such systems optimized for use with energy harvesting sources. This will drive the development of many new and exciting products for the home to automate and control lighting systems.