Buyers can expect stable pricing and lead times for connectors in 2013. 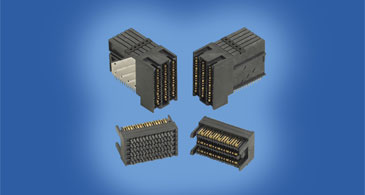 Connector manufacturers don't anticipate any issues this year that could affect supply. However, they are reporting a pick up in demand, particularly after the Chinese New Year in February. Because they predict a slow-growth scenario throughout the year, the uptick shouldn't have a major impact on lead times.

"We are seeing demand pick up this year," says Wes Morgan, director, Americas product management, at ITT Interconnect Solutions, Santa Ana, Calif. "Going into the first half, we've seen flat growth, and now order cycles are picking up a little bit so it looks like we will get some growth in the second half."

Morgan says some of the demand is coming from the commercial aerospace segment and some industrial applications.

"The outlook is for strengthening in the commercial market and flat to weakening in the military market," he says. 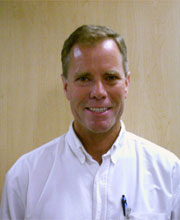 "Commodity pricing hasn't been a big factor over the past six to 12 months. I think we're going to have stability over the next six to nine months," says Wes Morgan, ITT's director, Americas product management."Demand has been good," agrees Dave Sideck, global strategic marketing manager for the datacom segment at FCI Electronics, Etters, Pa. There was a bit of a lull related to the Chinese New Year, but since that time book-to-bill has been good, he says.

Buyers may want to keep an eye on lead times for DDR memory connectors as the industry transitions from DDR3 to DDR4 next year.

"The tendency is for newer products to have long lead times until production rates go up," says Sideck.

"Intel will be bringing out its next-generation processors early next year and those will be the first processors that use DDR4 memory, so connector companies in that market are dealing with that transition," explains Sideck. "We're putting in place the capacity to support the new memory and we'll have to contend with the ramp down of DDR3."

In terms of pricing, connector makers expect connector tags to remain steady, primarily due to the stabilization of raw materials pricing, particularly for precious metals.

"Commodity pricing hasn't been a big factor over the past six to 12 months, and I think we're going to have stability over the next six to nine months out," says Morgan. "If we see the economy ramp up, we're probably going to see commodity prices rise. I think connector pricing is stable this year, and depending on what happens with commodity pricing and inflation, these factors will dictate what happens in 2014."

Despite stable pricing for precious metals, connector makers continue to look at different and lower-cost materials. For example, FCI's GXT plating, a palladium nickel alloy with a gold flash, continues to be an appealing alternative because it offers very comparable performance to gold, and typically at a lower price.

Platings in general have become a big issue, but not just from a cost position, adds Morgan. ITT is moving toward highly corrosion-resistant and RoHS-compliant platings to "move away from traditional heavy metals used in existing high reliability platings," he says. Currently, ITT is targeting zinc nickel and Teflon nickel alloys.

One of the biggest challenges that connector makers face is the continuing trend toward higher data rates. Sideck says this affects many product lines, including backplane, mezzanine and cable I/O connectors.

"The big push right now from our customers is for products that can operate at 25 to 28 Gbits/second per lane," says Sideck. "The specific data rate depends partly on whether it's an internal link across a backplane or between two boards or an external link where they tend to look for the higher data rate closer to 28 Gbits/s."

To meet growing demand, FCI recently rolled out its ExaMAX high-speed backplane connector platform, which targets data rates of 25 Gbits/s and higher. The initial target is for backplane applications, but the plan is to adopt the new platform for mezzanine and cable I/O connectors. It can be used with FCI's existing AirMax high-speed interconnects. 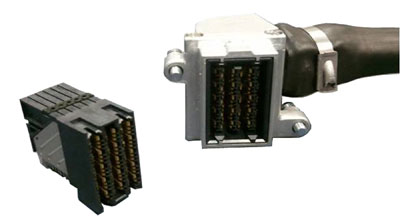 FCI also has beefed up its AirMax connector platform over the past year to address higher data rates and cost issues. Although the original AirMax line was developed for data rates up to 12 Gbits/s, the enhanced AirMax VSe backplane connector targets data rates up to 25 Gbits/s. The AirMax VS2 addresses cost issues with a change in design, while delivering better performance.

ITT also is working on new products to address high-speed, multi-gigabit copper applications in high reliability networks. One of the newest designs, which will be launched later this year, is the Octorax connecter that will replace ITT's Quadrax product, which was introduced more than 10 years ago.

"Customers have been trying to make the Quadrax work for multi-gigabit data network applications, but it was never designed for that purpose," says Morgan. "The new product will integrate nicely into their new cabling systems for high bandwidth and provide ease of termination, field repair and replacement," he adds. 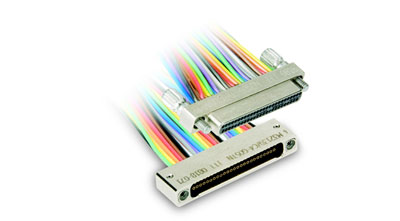 ITT also continues to address requirements for higher density with the Nano Density interconnects for high reliability. Initially available in a rectangular product, a circular design is underway.