The good news for buyers is that leadtimes will remain stable at three weeks.

It has been a buyer’s market for solid-state relays (SSRs) over the past year with leadtimes averaging three weeks and prices falling by nearly 6 percent.

While leadtimes are expected to remain stable through the end of the year, prices may increase slightly due to raw materials costs and currency exchange rates between U.S. dollars and Asian local currencies, according to suppliers.

SSRs are used for their extended lifetimes in applications that call for a lot of on/off switching, said Schwert. The dollar market share for SSRs amounts to only 10 percent of the total relay market, and in units, it is considerably less at 4 percent.

While Schwert reported lower pricing for SSRs overall in the market last year, a few suppliers like Omron and Crydom increased prices slightly. 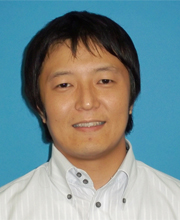 "While pricing remains stable at this point, there may be some price increases due to the currency exchange," said Ken Masaki, industrial relay engineer, at Omron Automation and Safety.Crydom raised prices three percent, but expects pricing to be a "little more stable this year," said Paul Bachman, marketing director, for Crydom Inc., based in Plano, Tx. "We continue to get cost increases from our suppliers, primarily for plastic injection molded parts, and machined or stamped metal parts."

Raw materials costs are the primary reason for the prices increases, Bachman said. He expects prices will remain the same or increase 2 or 3 percent in 2012.

Similarly, Omron "had some price increases last year," said Kenichiro Masaki, industrial relay engineer, at Omron Automation and Safety, headquartered Schaumburg, Ill. "While pricing remains stable at this point, there may be some price increases due to the currency exchange," he added.

The currency exchange rate fluctuation between U.S. dollar and Asian local currencies will impact both EMR and SSR pricing, agreed Tom Monczka, product manager, Panasonic Electric Works Corp. of America, based in Secaucus, N.J. Panasonic's relay factories are located in Japan, Thailand and China. It also has a smaller production facility in the Czech Republic.

However, supply should not be an issue with leadtimes averaging about three weeks for SSRs.

The SSR market is very stable and “we don't see any issues that will impact supply or leadtimes this year," said Masaki.

Bachman also said that leadtimes have remained at three weeks over the past year, and expects no leadtime issues in 2012. Crydom has a 96 to 97 percent on-time delivery record for three-week lead times, and almost 70 percent of its business goes through the distribution channel.

Crydom has a relay factory in Tijuana, Mexico, which serves the North American and European markets and a joint production facility in China, with its parent company, CST, covering the Asia-Pacific market.

Panasonic's Monczka indicated there may be increased demand for photoMOS relays for semiconductor markets "due to seasonal changes," and plans to "pay extra attention" to avoid long leadtime situations.

"The exchange rate and material prices are two major factors that have a significant impact on pricing," said Tom Monczka, Panasonic's product manager.The biggest challenge for the total relay market is the economy, said Schwert. "The PMI (purchasing managers’ index) is still growing and manufacturing seems to be coming back to this country from other parts of the world. As the manufacturing economy grows, so will the relay business in North America," he said.

In 2011, the overall relay market (electromechanical and solid-state) was up 5 percent in dollars, but bookings were down 25 percent versus 2010, said Schwert. By the fourth quarter of last year, booking units hit their all time low as customers started to push their orders out.

Many suppliers expect the Americas and European market to be flat, while sales grow in the Asia-Pacific region. "Sales in the Asian region are continuously growing strong at more than double-digit growth," said Monczka.

The biggest challenge is maintaining market share and growing it as much as you can, said Bachman. Crydom's strategy is to maintain its brand recognition and drive new product introductions. The company's goal is to introduce six or seven new product families annually.

While Crydom has a significant market share in the traditional single-phase AC output SSR (3 amps to 100 amps) market, the relay maker is pushing into the 3-phase AC control market, including solid-state contactors, motor starters and motor control, and the DC output SSR segment, targeting the automotive accessories industry.

Like EMRs, energy savings and energy management is a key growth driver. “As companies get more interested in energy management and lower power consumption, and the technology has made motors smaller and LED lighting is becoming more efficient than incandescent lighting, DC is the way to do all that," said Bachman. "The market is slowly evolving in that direction because DC is becoming a more significant player in the energy system than AC."

Over the past three years, Crydom has added about 20 new products to its portfolio, including 16 new DC output SSRs. New products include an extension of the 53 series of 3-phase SSRs, which now includes models that feature IP20 touch-safe covers and motor reversing; the DRA series of DIN-rail mounted AC and DC output contactors, aimed at replacing EMRs in motor applications; and the panel-mounted DP series of DC load reversing solid-state contactors for applications such as motors, brakes, clutches, solenoids, plating baths, and electrolytic cells.