Breakthrough research is an ongoing goal of NASA’s efforts. In its mission to gain fundamental knowledge about Earth and space systems, the organization’s satellite-based observations have led to breakthroughs.


Breakthrough research is an ongoing goal of NASA’s efforts. In its mission to gain fundamental knowledge about Earth and space systems, the organization’s satellite-based observations have led to breakthroughs in scientific study of the interrelationship between global atmosphere, ocean, sea ice, land surface, and, of course, the activities of humans (Figure 1). 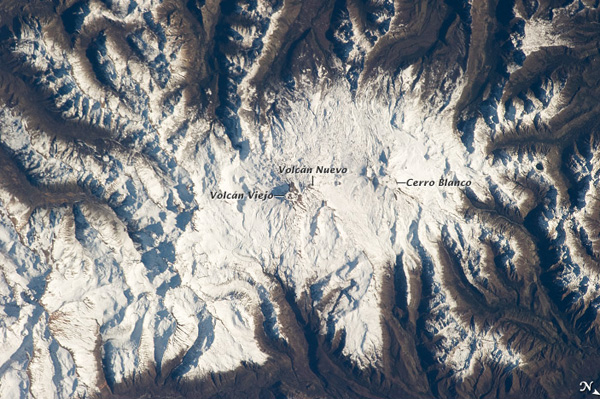 Figure 1: This photograph taken by an astronaut on the International Space Station highlights the Nevados de Chillán, a large volcanic area near the Chile-Argentina border (Courtesy of NASA).

With the longest unbroken data stream of Earth’s surface as seen from space, NASA’s Earth-observing Landsat satellite fleet has provided unprecedented information on land cover changes and their residual effects since 1972. The newest satellite, Landsat Data Continuity Mission (LDCM) ,also known as Landsat 8, is designed to measure Earth’s surfaces in the visible, near-infrared, short wave infrared and thermal infrared, with a moderate-resolution of 15 to 100 m, depending on spectral frequency.

Its Thermal Infrared Sensor (TIRS) will measure land surface temperature in two thermal bands with a new technology that applies quantum physics to detect heat. TIRS was added to the satellite mission when it became clear that state water resource managers rely on the highly accurate measurements of Earth's thermal energy obtained by LDCM's predecessors, Landsat 5 and Landsat 7, to track how land and water are being used. With nearly 80 percent of the fresh water in the Western U.S. being used to irrigate crops, TIRS will become an invaluable tool for managing water consumption.

TIRS uses Quantum Well Infrared Photodetectors (QWIPs) to detect long wavelengths of light emitted by the Earth whose intensity depends on surface temperature. These wavelengths, called thermal infrared, are well beyond the range of human vision. QWIPs are a new, lower-cost alternative to conventional infrared technology and were developed at NASA’s Goddard Space Flight Center in Greenbelt, MD.

The QWIPs are sensitive to two thermal infrared wavelength bands, helping it separate the temperature of the Earth's surface from that of the atmosphere. Their design operates on quantum mechanics principles. Gallium arsenide semiconductor chips trap electrons in an energy state “well” until the electrons are elevated to a higher state by thermal infrared light of a certain wavelength. The elevated electrons create an electrical signal that can be read out and recorded to create a digital image.

Thermal sensing can be used for more than accurately determining the Earth’s surface temperature. For instance, Omron offers a sensitive sensor for non-contact thermal measurement that uses proprietary MEMS sensing technology. The D6T sensor, operating on infrared radiation sensing principle, can detect the presence of people in an area without the need for movement and thus is an alternative to pyroelectric sensors or PIR detectors in home automation, building automation, healthcare, security and industrial applications. Most human presence sensors rely on movement, but the D6T is able to detect occupation by sensing body heat and provides a more reliable basis for switching off lighting, air conditioning, and other services when the space is empty.

The use of radar sensors for Earth observation began with the Seasat satellite, which carried three radar sensors, a synthetic aperture radar (SAR) for high-resolution imaging, a radar altimeter to measure the topography of the ocean, and a wind scatterometer to measure wind speed and direction. The three types continue to be used on satellites.

Remote sensing in space also involves radar altimeters that in principle operate similarly to altimeter sensors used on the ground. For example, the Parallax Altimeter Module MS5607 (Figure 2) is a high-resolution altimeter sensor with SPI and I²C bus interfaces. The module includes a pressure sensor and temperature output allowing for the implementation of an altimeter/thermometer/barometer without additional sensors, and provides a precise digital 24-bit temperature value. Applications include rate of climb and descent indicator, height sensing, weather station, altitude-hold for UAVs, and navigation. 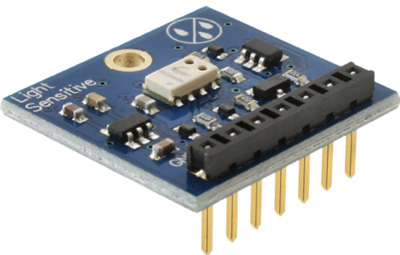 In previous decades, it was the astronaut that was well known for the work performed by NASA in space. Today, the face of the space program is not necessarily an astronaut. Instead, it is a sensor-laden, robot-looking Mars rover that seems more like a sci-fi character. The rover performs a myriad of activities and experiments. In designing planetary exploration vehicles, the first priority is that it must be mobile. For that, among its various systems the Mars rover relies on an Inertial Measurement Unit (IMU) that provides 3-axis information on its position, which is used in rover navigation.

An example of an IMU is the 6DF Series 6 Degrees of Freedom Inertial Measurement Unit, by Honeywell (Figure 3). The IMU sensors are designed to provide motion, position, and navigational sensing from a durable single device over six degrees of freedom. They use MEMS technology to sense translational movement in three perpendicular axes (surge, heave, sway) and rotational movement about three perpendicular axes (roll, pitch, yaw). The IMU measures the motion of the equipment onto which it is attached and delivers the data to the equipment’s control module using the industry-standard CAN SAEJ1939 communications protocol. The device is used in military/aerospace harsh environments. 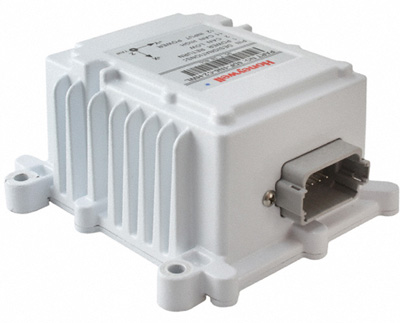 In space, radiation has a detrimental effect on semiconductor devices and requires development of radiation-hardening products and technologies. Earth-bound applications such as sensors used in nuclear power plants must be protected in the same way. To overcome these potential hazards, suppliers such as Honeywell offer radiation hardening silicon processes. Figure 4 shows Honeywell’s 150 nm patented SOI process for integrated circuit production, along with the radiation type and amount of rads/s it is designed to absorb.


In summary, space-based remote sensing instruments can acquire information about the Earth's surface without actually being in contact with it. At the heart of all of these systems is a variety of sensors. Those commonly used include visible-infrared sensors, vibration sensors, radar sensors, accelerometers, and more. Apart from providing valuable information on global atmosphere, global oceans, sea ice and land surface ecosystems, the optical, thermal and electromagnetic devices these satellites employ enable advances in sensor devices for use here on Earth. For more information on the products mentioned in this article, use the links provided to access product pages on the Hotenda website.