Algorithms such as TI’s FAST make sophisticated motor-control solutions much easier to employ and offer improved precision and performance.


Over the past two decades, a consistent trend in electric motor-control design has been to deploy sensorless motors using algorithm-based control technologies that simultaneously deliver more torque, greater efficiency and better precision than simple scalar control. This requires efficient motor-control algorithms and a good deal of number crunching by the MCU to execute them.

Until recently, the control sophistication had itself become a challenge for design engineers who do not have a deep background in motor theory and algorithms. It has been difficult for relative novices to use the estimator and observer algorithms because they just didn’t work that well in the real world.

Motor-control algorithms typically require manual tuning and the overall implementation process involves many caveats. As a result of a rather steep learning curve, a design often takes months. New algorithms are coming on line, however, that shift the emphasis away from just obtaining optimal performance and towards coupling ease-of-use with control sophistication while making no concessions regarding optimal performance.

AC-induction (ACI) motors are the dominant type of motor in residential, commercial and industrial applications. They are found in a wide variety of applications, such as white goods, pumps, fans and compressors for refrigerators, HVAC systems, and more.

ACI motors are asynchronous in operation because the two key mechanical parts — the stator and the rotor — spin at different speeds. Although ACIs provide excellent speed and torque control, good efficiency and low cost, they need complex feedback and control mechanisms to maintain efficiency across variable and lower speeds.

The two other motor types in wide use both employ synchronous operation. Brushless-DC (BLDC) motors control stator flux by varying current while rotor flux is held constant by permanent magnets or electrified coils. BLDC motors control position using a set number of states. The more states used, the more precisely position can be controlled. But more states requires more complex processing. Permanent-magnet synchronous motors (PMSM) are similar to BLDC motors but use a continuous control scheme instead of a discrete number of states.

Two kinds of control systems are in wide use. Simple scalar control is popular with novice designers because it offers straightforward implementation and low-processing requirements. Due to its simplicity, it is probably the most popular method for driving ACI motors. Speed is controlled by changing the frequency of the sine waves that drive the motor.

Since no effort is made to control current or optimize torque, scalar control is inefficient at low and high speeds and provides poor dynamic performance. Scalar control is slow to react to changes, often overshoots the set point, and has high-internal-power losses at low speeds.

Figure 1: Field-oriented control (FOC) provides full control over the full torque and speed ranges while responding quickly to changes in the set point or load. (Courtesy of Texas Instruments)

FOC increases starting torque and efficiently supports maximum torque at all speeds. Its performance is stable across the entire speed range of the motor. Because FOC is current-controlled, developers can optimize power-inverter circuitry as well as motor size to the particular application.

A good deal of the performance advantages of FOC control are due to the use of feedback looping that regulates speed, position/angle, current, flux, and torque. FOC needs to measure speed and the angle between the rotor and stator. Utilizing feedback also contributes to complexity.

Developers can provide feedback to the control system with either sensors or by using a sensorless approach. Sensors add cost and components to a system — thereby often creating reliability issues — but they are frequently required in high-precision systems. For ACI motor applications, a tachometer is typically used to measure speed. PMSM-based designs can use an encoder or resolver to track position while calculating speed by measuring change in position over time.

Sensorless control takes a software approach by modeling a motor’s speed and angle based on real-time current and voltage measurements using “state observer” algorithms such as Sliding Mode and Model-Reference-Adaptive System (MRAS). Current and voltage sensors are much less expensive than position sensors (current can be inexpensively and reliably measured using a single DC shunt) but a healthy number of MIPS will be required from the system microcontroller to implement the mathematical motor model.

Since industrial and white-goods motors consume so much electricity, efficiency is among the most important design goals. At the very-low-power end of the motor spectrum, energy conservation is just as important in battery-powered applications. FOC can extend battery life of a quadrotor hobby helicopter by 20%, for example. To optimize efficiency, developers need to adaptively maximize torque while minimizing the current necessary to produce that torque.

Texas Instruments’ InstaSPIN motor-control solutions are an innovative approach to providing efficient, precise motor control that is easily accessible to even novice designers.

The heart the InstaSPIN products are their FAST algorithm, which characterizes the motor-control circuit and creates a foundation for the three other components of the solution: TI does not release technical details on how its InstaSPIN solutions eliminate manual tuning (and optimize performance) but one technique is said to be analogous to echo cancellation in audio systems.

The block diagram in Figure 2 shows the inputs and outputs of the FAST algorithm. Only three inputs (motor-phase current and voltage and bus voltage) are required. The outputs are flux, phase angle, speed and torque. 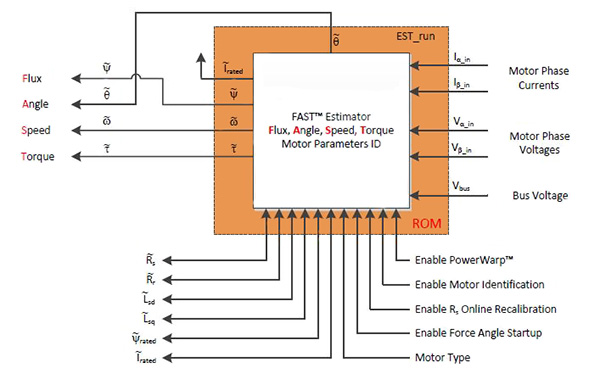 Figure 2: The FAST algorithm exploits the similarities between all motors that use magnetic flux. (Courtesy of Texas Instruments)

By eliminating the aberrant signals of a particular motor, the motor becomes closer to an ideal circuit from a control perspective. Only a few spins of the rotor are necessary to fully characterize it. A present limitation, which TI says is being resolved, is that the motor must be spinning in order for FAST and the InstaSPIN software to work. This means that the solution is not presently viable for position-control applications in which the motor is frequently at rest.

To further safeguard its intellectual property, the algorithm and InstaSPIN code resides in MCU ROM. Library calls are made from the development kits TI offers. ROMing the IP means that only specific MCUs in TI’s C2000 Piccolo family can implement InstaSPIN solutions.

While InstaSPIN brings the motor control aspect into the comfort zone of many more engineers, it is not a complete solution. Designers must still write the state-machine code and communications-interface code.

MCUs capable of intelligent motor control are low in cost yet can deliver impressive performance. A single TI Piccolo MCU, for example, can control two motors and also execute high-value features, such as power-factor correction (PFC). To manage this, MCUs integrate on-chip peripherals including the following: The three C2000 Piccolo subfamilies with FAST in ROM are: the high-performance, 90 MHz, floating-point 2806x family, which is distinguished by its high-power range and includes the TMS320F28068FPZT; the mid-level 2805x family; and the low-cost 2802x, which includes the TMS320F28027FPTQ.

Four development kits are available to support FOC InstaSPIN solutions — and, importantly, access the IP in ROM. Each includes a control card, driver and software. Generally speaking, they target motors of different power specifications and range. The BoostXL plug-in motor-control inverter (BOOSTXL-DRV8301) is an inexpensive evaluation platform; The DRV8301-69M-KIT is a 60 V, 40 A continuous, three-phase inverter platform; The DRV8312-69M-KIT is a motor-control evaluation kit for spinning three-phase brushless-DC (BLDC) and brushless-AC (BLAC) — or permanent-magnet synchronous (PMSM) — motors; and the High-Voltage Motor-Control Kit (TMDSHVMTRINSPIN) is a development platform for digital control of high-voltage motors (110-240 VAC or direct-DC bus input of 50-350 V).

Electric motors consume a substantial percentage of the power generated worldwide every day, although most are not operating efficiently. FOC technology to optimize not just efficiency, but performance and precision, has been available for two decades but until recently most engineers could not take full advantage of it because of a steep learning curve. New products are coming on the market, that make sophisticated motor-control solutions much easier to employ. Algorithms such as TI’s FAST can characterize a motor by observing the current and voltage generated by just a few spins of the rotor. Using the circuit model produced by the algorithm, analysis software can reduce development time from months to just a few days. Motor efficiency can be improved by 10% to 20% and the improved precision and performance is also welcomed by engineers designing systems with increasingly higher-performance goals.