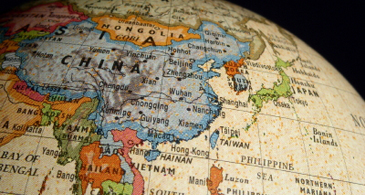 For years, China was viewed as the low-cost production location for electronics manufacturers including component suppliers. Labor rates 10-15 years ago in China were about $.50 per hour and the country seem to have an endless supply of low-cost labor.

Vietnam, India and central Mexico have lower labor rate than China, according to Barnhart.

While few component manufacturers are leaving China altogether, some are expanding manufacturing capacity in other low-cost countries because of increasing labor rates in China.

One example is component maker Murata. Murata builds capacitors, inductors, power supplies, RF modules, and other parts in China and other Asian countries. It is expanding its manufacturing capacity by building a new factory in the Philippines, rather than China, according to David Kirk, president and CEO of Murata Electronics North America.

“The coast of China has become very expensive,” Kirk said. “A lot of companies are moving production further inland for cheaper labor. But then you have logistics issues."

“That's why we broke ground in the Philippines. It's a low-cost area and has a very well-educated, Americanized workforce," Kirk noted.

Power supply manufacturer TDK-Lambda is also expanding its operations outside of China, due in part to high labor costs, said David Norton, vice president of marketing and technical support for TDK-Lambda Americas Inc, based in San Diego, Calif.

He added that rising labor costs in China are contributing to price increases for some power supplies.

“Bigger customers had become accustomed to 3 to 4 percent cost down every year,” Norton said. “That is not happening now. There’s 3 to 4 percent price increases yearly.”

Norton noted that further price increases are likely because of high labor costs.

Mark Larson, president and COO of distributor Hotenda, said there is increasing disenchantment with China as a manufacturing location. One reason is due to "huge government involvement and regulations," said Larson. But the main reason is “wages are going up 20 percent per year.”

Most electronics manufacturers are maintaining their operations in China to have access to the huge Chinese market, according to Larson. Some manufacturers are expanding to Malaysia or to “other locales where the labor is friendlier, management is easier, and the cost of labor is not galloping into inflation,” he said.

Another reason for disenchantment with China for component manufacturers is protection of intellectual property and counterfeiting.

While the counterfeiting of electronic components is not new, it is a growing problem. Data recently released from information services group ERAI said that over the last five years, there have been thousands of incidents of counterfeit parts involving 12 million parts. While it is difficult to pinpoint the country of origin of counterfeit parts, it is widely believed that China is the source of many bogus components.

Most counterfeits are semiconductors, but even connectors are being counterfeited.

"There is nothing more maddening than finding a Chinese copy of a part six months after you are finally producing the part in volume,” he said.

Counterfeiters will produce a connector and place FCI's name on it. Often those parts are just sold in China.

“Taking them to court China is very tough, but that is your only recourse because the product never exits China,” said Peterman. “If they're selling in the Americas marketplace, then you have some position to go after them.”

He added that the counterfeiting of connectors is taking place more and more.

There is also the IP battle in China which is more complicated, Peterman noted. Sometimes a major OEM may be buying a particular part and then “shop the part around in China” to find a manufacturer that will build the part for less. The park manufacturer will use FCI’s IP without permission.

Peterman said that FCI has spent a tremendous amount of resources and time defending its IP and dealing with counterfeit parts.