Solar Racers’ Innovations Hint at the Future of Automotive Electronics

Light, smart, and capable of speeds in excess of 120 km/h using only sunlight, today’s solar racers are helping shape the next generation of commercial electric vehicles and plug-in hybrids.

Light, smart, and capable of speeds in excess of 120 km/h using only the sunlight that hits their bodies, today’s solar racers are helping shape the next generation of commercial electric vehicles (EVs) and plug-in hybrids (PHEVs). Nearly two decades of solar vehicle competitions have resulted in a steady evolution from relatively simple electric buggies to streamlined thoroughbreds whose networked subsystems are continuously monitored and optimized by onboard computers. It is unlikely that your next minivan will be powered solely from its on-board solar array, but many of the lessons learned from them about using embedded systems to maximize efficiency will soon find their way into the design of the cars and trucks that will inhabit our highways over the next decade. 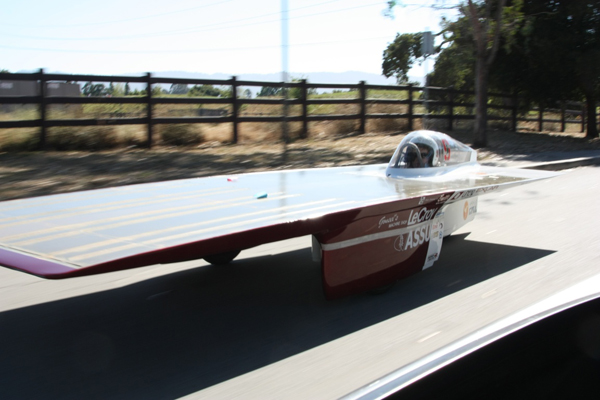 Solar racing’s origins can be traced back to 1985 when the first Tour del Sol was held in Switzerland, when over 50 of the race’s 72 entries completed a 5-day journey between Romanshorn and Geneva. As with many of today’s events, it was held on public roads and drivers were required to adhere to all traffic rules and speed limits. While the Tour del Sol was last run in 2002, it inspired many other competitions which remain popular today, including the North American Solar Challenge, the South Africa Solar Challenge, the Dell-Winston School Solar Challenge, and solar racing’s premier event, the World Solar Challenge (WSC), which is run across 3,021 km (1,877 miles) of Australian Outback.

Much like conventional auto racing, every event has its own set of rules and technical requirements that govern everything from the size of the vehicle, its solar array, and battery, to its many safety features. These excerpts from the 2010 WSC regulations provide a good sampling of the constraints that solar car designers must work within. Anatomy of a solar racer

Designing a solar racer involves countless trade-offs between minimizing its weight and keeping it durable enough to survive a week or more under real-world road conditions. Most of today's top contenders use some variant of a three-wheel configuration with a small canopy in the middle of a curved wing-like array, entirely covered in cells (Figure 2). Construction is usually a tube frame chassis supporting a composite body, although some teams employ frameless monocoque (unibody) construction.

The tightly packed solar cells that cover most of a racer’s top surface are hand-placed and laminated onto the curving body. Cells at the body’s edges are often hand-trimmed to achieve maximum coverage (See Figure 3). Because the car body presents itself to the sun at several different angles, many of the vehicle’s cells are connected as several smaller sub-arrays, allowing each output to be optimized using a separate maximum power point tracker (MPPT). 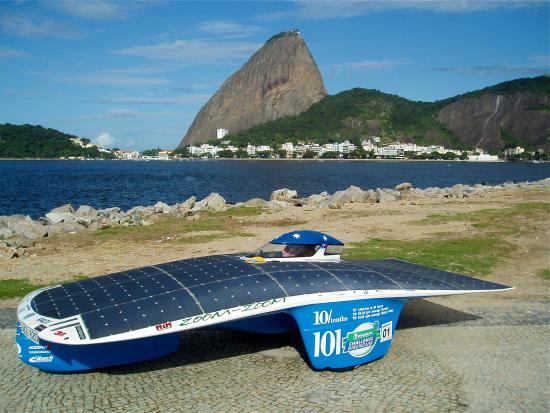 Figure 3: The solar cells on the nose of Aurora 101, the Australian Aurora Racing team’s 2011 entry for the 2011 WSC, are hand-trimmed to maximize the arrays’ coverage. (Courtesy of the Aurora Vehicle Association Inc.)

Some teams use off-the shelf MPPTs, while other teams prefer to use their own using specialized components, such as STMicroelectronics’ SPV1020 interleaved DC-DC boost converter with MPPT algorithm. Alternatively, Digital Signal Controllers such as Freescale’s MC56F8023 have multiple analog channels and an integrated CAN Bus interface that allows them to perform MPPT optimization for several array elements, while simultaneously monitoring their output voltage, current and temperature. Segmentation of the array, plus the strategic placement of bypass diodes, helps limit the impact of shading from the cockpit or other body features at low sun angles. (Figure 4) 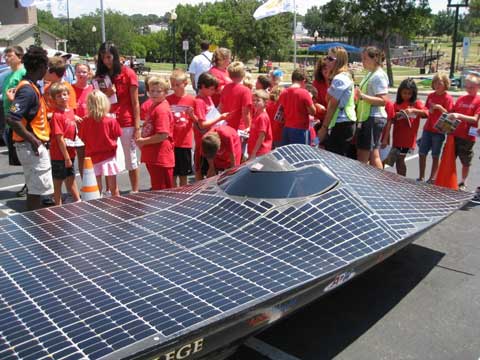 Figure 4: The elegantly curved body of Principia College’s Ra7 solar racer places the PV cells in its solar array at many different angles, causing their output voltages and impedances to vary significantly. Operating a multi-planar array such as Ra7’s at maximum efficiency requires it to be electrically segmented into multiple sub-arrays, each with its own maximum peak power tracking (MPPT) circuit. (Courtesy of Principia College).

Solar racer’s drive systems are usually built from a mix of off-the-shelf and custom-built components, as budget and available skills dictate. Most schools use commercially-available motors and controllers, but often integrate their own custom battery sets from individual cells. The ability of brushless DC motors (BLDCs) to run efficiently across a wide speed range has made them the weapon of choice for most solar racers. North American teams tend to favor BLDC hub motors from New Generation Motors (NGM), while European teams prefer motors produced by Australia's national science agency, CSIRO. Some solar racers build their own motor controllers using digital signal controllers from Texas Instruments or Freescale, but most now run off-the-shelf, DSP-based motor controllers. For example, Tritium Power Electronics’ WaveSculptor controller is a 160-V, 100-A, three-phase, 20-kW variable frequency inverter that can be custom-programmed by the team to optimize its drive signals for their particular motor type and operating conditions. WaveSculptor’s integral CAN bus allows the inverter to be monitored and controlled by the vehicle’s central computer.

Tying it all together

System complexity has grown over the years and most solar racers now use the CAN bus to monitor and control their subsystems. (Figure 5) The level and sophistication of system integration afforded by low-cost MCUs running CAN bus or other protocols will play a major role in a vehicle’s success.

Figure 5: A modern solar racer’s electrical system uses a networked architecture to enable centralized monitoring and control of all of its subsystems. (Courtesy of Tritium Power Electronics.)

Race teams often use a combination of off-the shelf and homemade control modules, usually based on low-cost microcontrollers. UC Berkley, for example, developed the CalSolBrain module, an open-source Arduino controller that can be used for everything from monitoring batteries to supporting the driver’s control and instrument interface or driving a helmet-mounted, heads-up display. The open-source Arduino instruction set and architecture is available on a variety of silicon platforms, including Atmel’s ATmega48/88 series of 8-bit AVR MCUs. In this application, the ATmega MCUs access the CAN bus using a companion MCP2515 CAN bus interface chip.

Designers interested in developing their own Atmel-based Arduino controllers for solar racing or other applications can use Atmel’s low-cost development board and the EEPPROM-resident Arduino Uno boot-loader.