Buyers can expect stable leadtimes and prices through the rest of the year. 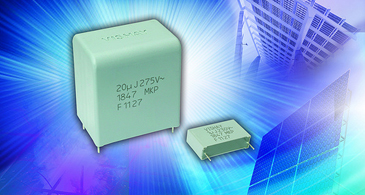 Leadtimes for metal film capacitors have returned to normal after being on allocation early last year.

The supply issue was partly the result of an uptick in business in 2010, new demand from the renewable energy and hybrid/electric vehicle (EV) markets, and the 2011 earthquake and tsunami in Japan, which resulted in double ordering of many commodity metal film capacitors. The long leadtimes were further exacerbated by a shortage of polypropylene film.

Metal film capacitor makers do not anticipate any supply issues for the balance of 2012, but they say there could be a problem with polypropylene supply in 2013 when an uptick in capacitor demand is expected.

The concern is polypropylene film suppliers will decrease their production because of a slowdown in the alternative energy and electric/hybrid vehicle markets. When demand recovers, there could be a shortage of polypropylene film.

A similar scenario happened in 2010. There was an increase in demand for metal film capacitors, due in part to demand from the alternative energy and hybrid-electric vehicle markets.

Many polypropylene suppliers took a wait-and-see attitude and did not increase capacity until they were sure demand would continue. As a result, leadtimes stretched to 35 to 65 weeks in some cases.

"The film supply chain runs on a demand basis, especially for suppliers of the raw film," said Andrew Bellavia, director of product marketing, film and electrolytic capacitors, Americas, Kemet Corp., based in Greenville, S.C. "When we had that big uptick in demand, it jammed up the supply chain from both a production capacity and raw materials point of view."

"I strongly suspect that they [film suppliers] did not increase their capacity while they waited to see if it was long-term growth or not," Bellavia added.

The Japan earthquake and tsunami also had an impact on metal film capacitor supply last year. Although the Japan disaster did not directly affect metal film production, distribution increased their inventories for catalog film capacitors, "ramping up their inventory in anticipation of demand," according to Bellavia.

Scott Franco, marketing director for Cornell Dubilier Electronics Inc., based in New Bedford, Mass., agreed that there was a shortage of polypropylene film. There was also a lot of double ordering. He added that "once something goes into scarce supply, people panic and buy more of it."

CDE was on allocation for film supply about one year ago, but today film roll suppliers are quoting four- to six-week lead times, according to Franco.

"There were a lot of things happening in the market. Business was going through the roof and a lot of the polypropylene film was being used for larger inverters. They use banks of capacitors for DC link capacitors," said Franco. 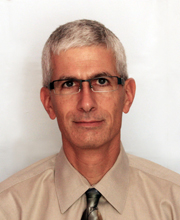 "When we had that big uptick in demand, it jammed up the supply chain from both a production capacity and raw materials point of view," said Andrew Bellavia, Kemet's director of product marketing, film and electrolytic capacitors, Americas.In the alternative markets – particularly solar – it could result in long leadtimes again. Solar energy systems use dozens of DC link film capacitors that gobble up a lot of metal film supply.

Despite the current slowdown in the renewable energy market, most metal film capacitor makers are taking a long-term view and expect those markets to pick up again.

"Softness in demand is also due to inventory," said David Valletta, executive vice president worldwide sales, Vishay Intertechnology in Malvern, Pa. "Demand has cooled a little, and at the same time, there is a lot of inventory. Hence you go from allocation to normal lead times."

Leadtimes for most metal film capacitors range from eight to 12 weeks. One exception is Panasonic's through-hole XY capacitor. Leadtimes currently are about 22 to 30 weeks. A tornado strike on a factory in China caused lead times to increase for Panasonic's ECQU (L) and ECQU (A) capacitor lines, according to Veer Singh, product specialist - film capacitors, at Panasonic Electronic Components in Secaucus, N.J.

"Panasonic expects leadtimes to return to normal, if not better, by the end of the summer/early fall," said Singh. "On a good day, average leadtimes for XY capacitors range from 13 to 20 weeks."

Despite the current slowdown, some metal film capacitor manufacturers continue to add production capacity to prepare for increased demand in 2013.

Vishay also increased production capacity substantially. "At this present demand level, we don't have any capacity issues. Even if the market starts to rebound strongly next year, we have enough capacity to meet demand," said Valletta.

Panasonic Electronic Components also has plans to increase production capacity by 10 million units a year by 2014. "The focus will mainly be power film for photovoltaic applications, windmills, railroad, and automotive,” said Singh.

A slowdown in demand also has resulted in stable pricing in 2012. Metal film capacitor manufacturers agreed that pricing will remain stable for the balance of this year. Valletta said "raw materials prices shot up quite a bit when demand went up," which resulted in price hikes of 10+ percent, "but that has stabilized this year."

Franco also does not anticipate any price hikes, and said there may even be some slight downward pressure on pricing because there is more film supply.

Most DC film capacitor makers are developing new products that target solar inverter applications. As an example, Vishay's MKP1848 series of metalized DC polypropylene film capacitors can be used as coupling or resonance capacitors in PV inverters. The low-profile version, the MKP1848S for DC-link applications, can be used for inverters, power supplies, solar micro inverters, on-board chargers for EV/HEV, pumps, and LED drives.

One of Cornell Dubilier's newest products is its 947D high-energy-density DC link power film capacitor, used in large inverter applications. The company also offers the UNL series of cylindrical board-mounted DC link capacitors for solar inverters, which also can be used in amplifiers for MRI equipment.

Panasonic's EZP-E series of metalized polypropylene DC link film capacitors are available in 800 and 1100 VDC options in small package sizes. The parts include a built-in fuse to protect against short circuits.