More electronics OEMs, EMS providers, and suppliers are adopting codes of conduct in an effort to provide humane and safe working conditions for employees.

Last month, three workers at a factory owned by electronics manufacturing services (EMS) provider Foxconn in China were killed and 15 others were injured in an explosion apparently ignited by combustible aluminum dust in ductwork at the facility.

For some in the electronics supply chain, it was the latest incident underscoring the need for OEMs to adopt and enforce social responsibility programs. These programs protect the health and safety of workers, especially in developing countries where laws safeguarding workers may be weak or unenforced.

Many electronics companies have social responsibility codes of conduct in place and require their suppliers to adhere to them. However, some companies pay lip service to them, but do not audit suppliers to make sure they are following the provisions covered by the code.

However, in the case of Foxconn, the company had been audited in the past because of earlier allegations concerning the treatment of workers and working conditions at its factories.

Last year, 14 Foxconn workers killed themselves, many by jumping off the roofs of dormitory buildings at the factory campuses where they worked. A study of Foxconn facilities by the non-government organization (NGO) The Center for Research on Multinational Companies, and Students and Scholars Against Corporate Misbehavior, found that workers were forced to work long and excessive hours. One employee worked 98 hours of overtime in a month. During peak demand for iPads, workers were only able to take one day off every 13 days. Other workers were forced to stand during their entire 12-hour shifts, according to the NGO's report.

Apple Inc. cited the suicides in its annual social responsibility report issued in February. Apple, which uses Foxconn to build iPads, iPhones, and other devices, audits Foxconn and other suppliers and tries to work with its manufacturing partners to improve working and safety conditions for employees, according to the company. 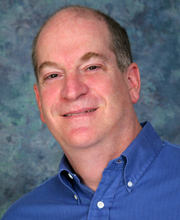 Intel's contracts with suppliers "have been updated with explicit language about expectations around its code of conduct," said Gary Niekerk, director of corporate responsibility at Intel.Most electronics companies obviously want to avoid Foxconn-like incidents. The companies say having a supplier code of conduct is important because treating workers fairly and humanely is the right thing to do. However, they also know using child labor or subjecting workers to harsh or unsafe working conditions could result in negative publicity, which could have an adverse impact on sales.

As a result, OEMs and EMS providers are putting more emphasis on social responsibility issues, and this intensified emphasis is changing the way electronics commodity managers source and how they maintain the supply chain.

In the past, the role of the commodity manager at chipmaker Intel was to make sure the company purchased materials at the best price, the highest quality, and received the parts on time, according to Gary Niekerk, director of corporate responsibility at the Santa Clara, Calif.-based semiconductor company.

Commodity managers must also monitor suppliers' track records on social responsibility issues. That is one reason why many major electronics OEMs, electronics manufacturing services providers (EMS), and suppliers have adopted the Electronic Industry Citizenship Coalition (EICC) code of conduct. Companies often require or encourage their suppliers to adopt the code of conduct and follow its provisions.

The code is wide ranging. It prohibits child labor and stipulates how workers should be treated, how many hours they work per week and per month, and sets standards for conditions of dormitories.

OEMs and EMS providers say that while they may require suppliers to adhere to the EICC's code of conduct, not all suppliers take the code of conduct seriously. Some pay lip service to it and some ignore it altogether.

As a result, major OEMs, chipmakers, and EMS suppliers such as IBM, Intel, HP, Celestica, and others audit suppliers for compliance to the EICC code of conduct. In fact, many companies have increased their number of audits in the past couple of years.

Many of the audits involve new suppliers in China, India, and emerging manufacturing locations in Southeast Asia. However, even well-known, established Western suppliers are audited, though often they are asked to do a self evaluation by filling out a questionnaire concerning social responsibility issues.

"We have an audit going on right now," said Dave Valletta, executive vice president, worldwide sales for component manufacturer Vishay Intertechnology, based in Malvern, Pa., in May. In most cases, Vishay was asked to fill out social responsibility questionnaire. "Customers are requesting documentation. They ask us to certify ourselves. They're saying, 'We need you to certify that you're in compliance with our requirements for social responsibility.' They want to know that we are not violating child labor laws and not buying certain identified raw materials from the Congo. Things like that." The Congo has been a source for so-called "conflict" metals such as tantalum.

Most OEMs are selective in deciding which suppliers they audit. Often a company will audit a supplier if the company has a large spend with the supplier.

"If we have a supplier and our spend with them is $25,000 per year, we don't have a lot of leverage with them," said Niekerk. "We can't say 'change all your processes and how your dormitories are managed because we are Intel and we spent $25,000 with you.'" 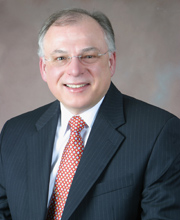 "We found that the growth market countries are probably the ones that are least mature in paying attention to, understanding, and adhering to social responsibility provisions," said Ferretti.

Ferretti added that since 2004, IBM has done at least 1,000 audits of suppliers and Big Blue is picking up the pace. "The growth in the number of audits that we do has been exponential," said Ferretti. IBM will audit 400 suppliers this year. Last year IBM had audited many suppliers that it had not audited before. This year, Big Blue is re-auditing many of them to gauge their progress in meeting social responsibility requirements, as well as auditing some new suppliers for the first time.

IBM does not actually do the audits, but hires a third party certified audit organization to perform the audit "for the sake of objectivity and inconsistency," said Ferretti.

The audits take three days. Auditors visit the supplier's site, tour the factory, and review records concerning wages, benefits, and worker safety and health for the factory. In total, there are 15 provisions that are audited. However, most of the problems found by auditors involve wages and benefits, and health and working conditions of employees, Ferretti reported.

After the audit is complete, the results are reviewed with the executive management of the supplier. The supplier then has the opportunity to ask questions about the audit results.

If there were violations of the code of conduct, suppliers are required to write a supplier improvement program to address what corrective action will be taken.

IBM reviews the suppliers plan to determine if it is sufficient to correct the problem. Suppliers are often given six months or so to address the issues and then the supplier is re-audited.

"Every effort is made to make sure they understand the seriousness of this and our expectations," said Ferretti. Some suppliers have lost IBM's business over the years in part because they did not comply with social responsibility provisions.

"This is not the only thing that would take away business from a supplier, but it could be the tipping point," Ferretti added.

In fact, many OEMs have added social and environmental responsibility in their supplier performance score cards when they evaluate a supplier's overall performance. So in addition to cost, quality, delivery performance, technology, and responsiveness, suppliers are also evaluated on how well they treat their workers and the environment.

It's in the contract

Many companies also include social responsibility provisions in contracts to suppliers.

Intel's contracts with suppliers "have been updated with explicit language about expectations around its code of conduct," said Niekerk. That means if the supplier does not adhere to the provisions of the code of conduct concerning social and environmental responsibility, the supplier could be in violation of the contract and may risk losing Intel's business. Intel also includes social and environmental responsibility in its supplier quality awards program, according to Niekerk.

Most major electronics OEMs and EMS providers reported a growing awareness about the importance of social responsibility compared with the last two years. 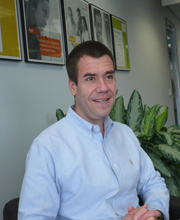 "Cooperation on corporate social responsibility (CSR) is proving," Simpson said. "Two years ago the percentage of suppliers participating with Celestica on CSR requirements was very low, maybe 20 percent. Now it is 95 to 97 percent compliance."

Simpson went on to say that two to three years ago, suppliers looked at CSR as an inconvenience and cost. "They did not want to take the time and invest resources for self-assessment or for audits," he said.

"Now suppliers realize this is serious if they want to be on Celestica's preferred supplier list. The adoption rate is growing," Simpson noted.

The adoption rate may also be growing because suppliers are being pressured by numerous OEM customers to adopt a code of conduct and follow it. Many are also being audited by multiple customers.

Ferretti of IBM said that suppliers in "growth market countries are turning the corner," in terms of acknowledging the importance of social responsibility.

Ferretti reported a growing acceptance that "social responsibility is not something that is Western or U.S.-based. It is something that is viewed as a universal requirement to do business in the global environment."

As more companies adopt a code of conduct and OEMs audit more suppliers, many in the supply chain are pushing for a standard auditing process in which audit results can be shared the by EICC members.

"Audits take a lot of time and a lot of effort," said Niekerk of Intel. "We want to prevent the situation where you have an Apple auditing a supplier, then HP next week, followed by Dell and Intel and someone else. So the question is how do we get together and create one common guideline" which can be shared by all coalition members?

Niekerk said the EICC is working on a shared audit process.

"It's difficult, but they are continuing to work on it," added Niekerk. "It is being done and we continue to move down that path because the feeling is that it is the right thing to do from a fairness point of view and from an efficiency point of view."

Simpson said while progress has been made in acceptance of codes of conduct, "there is still a long way to go."

"We are not finished yet. Social responsibility is gaining some traction as companies are starting to realize that this is important and they have to take it seriously. The key message here is that it is gaining momentum," said Simpson.