Wireless chip growth will be about double the growth rate of the overall semiconductor industry. 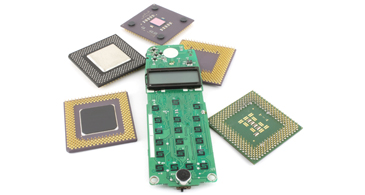 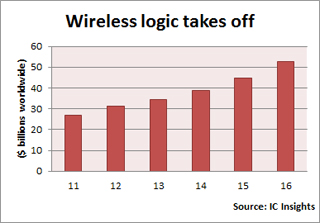 The wireless MOS logic market will post an annual growth rate of 14 percent through 2016 when the market will reach $52.6 billion.However, growth will be stronger for some wireless chips than others, said Brian Matas, vice president of research for IC Insights in Scottsdale, Ariz. For instance, wireless logic chips, which include ARM-based processors used in smart phones and tablets, will have a compound annual growth rate of 14 percent as revenue rises from $27.1 billion in 2011 to $52.6 billion in 2016. However, wireless analog chips will grow at an 8 percent annual rate from $10.7 billion in 2011 to $15.4 billion in 2016. One reason for the slower growth of analog compared to wireless logic is the erosion of average prices for analog, according to Matas.

He noted while revenue will rise 8 percent per year, unit shipments will actually increase 13 percent. “We see some pretty good price erosion that will occur which will impact revenue growth," said Matas. "The units are growing strongly, but prices are still dropping at about average annual rate of 5 percent.” 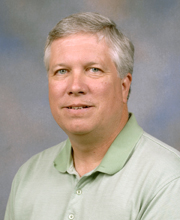 “Smartphones are a big driver. There was a 25 percent growth in smart phones from 2010 to 2011,” he noted. “On the mobile computing side of it, we see huge growth in iPads. Those types of devices are going through a strong growth cycle right now.”

Lacinski said overall the mobile computing market is growing 15 to 20 percent per year, but the huge growth is in media tablets such as the iPad, especially in 2011.

“Even when everybody thought there was a huge economic downturn, people were still buying those types of devices," said Lacinski.

He added that TI serves those segments with its OMAP application processors and its WiLink 7 chip, which combines GPS, Bluetooth and Wi-Fi on a single device. “We just announced WiLink 8, which includes Wi-Fi, GNSS, NFS, Bluetooth and FM/transmit/receive applications,” said Lacinski. It will be on the market second half of this year.

However, there are other emerging applications for wireless semiconductors including “the Internet of things,” noted Lacinski. “Basically it is taking a Wi-Fi device or Bluetooth device and embedding it in something that typically has had not has not had wireless connectivity and allow it to connect to the network,” he said. Household equipment, such as “washing machines, thermostats, HVAC system, water heaters,” is embedded with wireless devices.

Lacinski added that the user can “interface” with the appliances by adjusting them remotely, perhaps turning on one’s air conditioning before coming home from work.

“From an appliance standpoint it is much easier for the appliance OEM to really do some initial diagnostics. The OEM can access the machines or piece of equipment over the Internet versus rolling someone out there and realizing they don't have a right part,” said Lacinski. 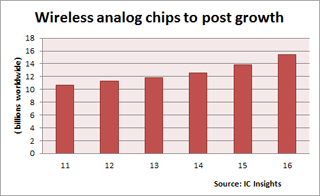 While the average price for wireless logic chips will fall, revenue for the chips will rise 8 percent per year through 2016.He noted that TI has introduced SimpleLink devices for these applications.

Besides home automation, automotive is also a growing segment for wireless semiconductors. Lacinski said more cars are being equipped with wireless connectivity such as Bluetooth. More cars will have infotainment types of systems where video is streamed into a central unit and then transmitted wirelessly to video screens in the back of the car.

“These are the base stations and also the microwave backhaul,” Mullins said. In RF, “we also have a big play in industrial and instrumentation and military/aerospace.” 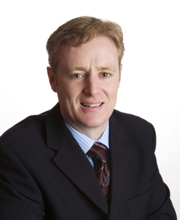 “We started getting into energy metering about five years ago. Today we’re designed in and in full production with some of the high-value metering companies particularly in the U.S.,” said Mike Mullins, RF marketing and business development manager at Analog Devices, Inc.“All of these markets tend to push the high-performance barriers. We are really not in the business of low performance RF,” noted Mullins.

He said that ADI supplies phase locked loop (PLL) devices and RF power detectors to those segments. “PLLs are used in practically every piece of communications equipment out there. RF detectors are primarily used in RF signal chain applications to measure the power of the RF signal.” ADI also supplies RF amplifiers, RF mixers, modulators and demodulators.

Mullins said there are emerging markets for wireless semiconductors, including energy metering which includes electricity, gas and water.

“We started getting into energy metering about five years ago," said Mullins. “Today, we’re designed in and in full production with some of the high-value metering companies particularly in the U.S., which has been leading that market.”

Many meters are being installed at homes and businesses as part of the move to the smart grid. “With smart grid, companies can monitor, measure, and change how the grid is used even to the points of potentially being able to turn down the dial on your air conditioner or furnace by half a degree if that is required to prevent an overload of the system,” said Mullins.

For energy metering, ADI supplies RF wireless transceivers. Mullins noted that “these are basically small miniature radios that take the readings from the meter, whether it's a water, gas, or electric meter, and communicate that reading to the service provider.”

A service provider could have a service manager drive down the street and basically gather the data for each of the metering locations for billing purposes, said Mullins.

“Instead of sending a service guy to your house, they can do that remotely now using a wireless connection,” Mullins added. To do this they need an extremely high-performance, reliable communications link between the meter and the meter reader, he noted. 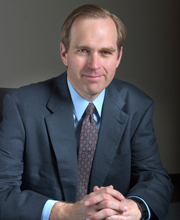 “We feel pretty comfortable in terms of capacity. We use TSMC and have qualified another foundry,” said Ember CEO Robert LeFort.Smart meters are also a big part of Ember Technology’s business, according to Robert LeFort, CEO of the Boston-based company. He added that another emerging segment for ADI's wireless business will be security, monitoring, and automation.

LeFort said cable companies such as Comcast, Rogers, and Time Warner will offer security systems to customers in late summer and the fall.

In Europe, British Gas has been launching a smart energy product over the last 16 months that meters gas, water, and electricity. It has a hub and a display, which are both connected wirelessly.

For these applications, Ember provides ZigBee system on chip (SoC) products that include a microcontroller, a 2.4 GHz radio, and flash memory to run software.

In fact, supply was tight for the 200 series products, but has now improved. The 300 series will represent the majority of Ember’s shipments by the end of the year, he added.

“Our technology is very well suited for that is has been designed into some solar equipment,” said LeFort. 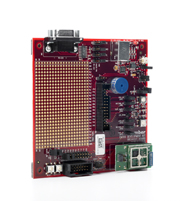 With demand growing for wireless semiconductors, buyers need to keep a close eye on capital expenditures and capacity expansion plans of wireless chipmakers.

LeFort of Ember stated that capacity should not be an issue for Ember. “We use TSMC as a foundry. 2010 was a tight year and we qualified another fab.” However, he noted that TSMC is spending $6 billion in capital expenditures and has plans to build three new fabs.

“So we feel pretty comfortable in terms of capacity,” LeFort said. Leadtimes for Ember products are steady at about 12 weeks.

Mullins said ADI watches wafer fab capacity very closely. “Ourselves and other suppliers have been in situations recently where we have been unable to serve the increased demand," he noted. “That was followed by situation where the business of the downturn and then we were left with capacity that was not being utilized. Excess capacity costs money. It is a key cost factor for us and many others so we watch it closely.”

He said ADI needs customers to provide as accurate forecast as possible so it can adjust its capacity appropriately.