Inductor manufacturers warn buyers that component prices may increase due to rising demand and materials costs. 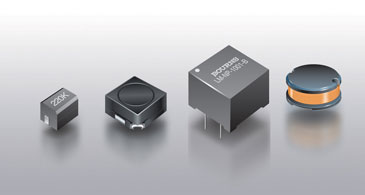 Bourns has expanded its product line with several semi-shielded inductor models as well as traditional non-shielded and
shielded inductors.Although pricing remains stable for inductors, tags may rise slightly due to increased demand and rising materials costs, say some inductor manufacturers. Rising demand over the past few months has already resulted in increased lead times for some suppliers. Deliveries vary significantly from five weeks to 16 weeks. However, inductor manufacturers don't anticipate any supply issues in the second half as some suppliers continue to invest in production capacity to meet growing demand.

The good news for buyers is that prices for inductors generally don't experience significant price movements either up or down. However, rising demand for inductors, starting about two months ago, may translate into slight price hikes later in the year. Although pricing remains flat, tags may increase slightly, inductor suppliers report.

“Pricing has been stable, but it is something that we have to review in the fourth quarter,” says Mia Broderick, marketing manager, API Delevan, East Aurora, N.Y. Broderick says there could be a slight increase in pricing, but that she doesn't anticipate a significant hike. The primary reasons for the increase will be due to a combination of increased demand and materials costs. 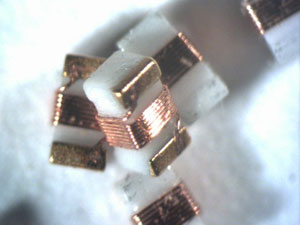 Because API Delevan still provides tin/lead (Pb) terminations for military customers, the inductor manufacturer also is keeping a close eye on the availability of Pb. Broderick expects the price of Pb to increase as Pb supply becomes a bit tighter, primarily due to the European Union's Restriction on the Use of Certain Hazardous Substances (RoHS), which restricts the use of Pb in electronics equipment. ("RoHS Recast still causes confusion in the supply chain").

“Prices remain flat with a slight trend for possible small increases on certain special products,” says Guido Zehnder, product line manager at Bourns, Inc., Riverside, Calif. He says he believes prices will remain steady in the second half of 2013.

“Since the economic growth in China has cooled off a bit, material costs have not been a major concern like a few years ago,” he adds.

“Pricing will generally stay flat and material costs are not expected to increase in the short term,” says Jerry Deng, senior product manager-circuit components, Panasonic Industrial Devices Sales Company of America, Newark, N.J. “There will be price increases in the legacy radial-leaded choke coil products due to overall demand decline.”

Buyers will need to keep a close eye on what's happening around labor costs in China, which may start to have an impact on tags. In many cases, inductor manufacturing consists of a high amount of hand labor.

“Labor cost has been continuously rising in China where the majority of Bourns' inductors are manufactured,” says Zehnder. “At the same time, many of our customers (especially for consumer products) are requesting cost reductions. Keeping manufacturing costs steady or lower has become our major challenge and this will continue.”

“Our biggest challenge is keeping up with requirements right now,” says Broderick. “We have a full backlog and are increasing our capacity on a regular basis. We are making investments in capital and on-boarding operators on a regular basis.”

Rising demand has caused API Delevan's lead times to stretch from a typical four weeks to five to seven weeks. Deliveries stretched to eight weeks until the company on-boarded a few operators, adds Broderick. She says she expects lead times to return to four weeks over the next two months. 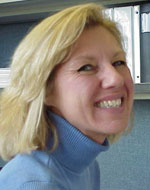 “Our biggest challenge is keeping up with requirements right now. We have a full backlog and are increasing our capacity on a regular basis. We are making investments in capital and on-boarding operators on a regular basis,” says Mia Broderick, marketing manager at API Delevan. “It's been the biggest increase in manufacturing requirements that we've seen since the beginning of 2012,” says Broderick. Avionics has been the biggest market driver with a bigger uptick on the commercial side, driving growth particularly for RF surface-mount inductors, she explains. The company expects growth in the 8% to 10% range in 2013.

“We planned for about 20% growth but it looks like growth will be more than 30% if the next six months continues in the same way,” says Zehnder, adding that small footprint (< 4 x 4 mm), low profile (< 1-mm) shielded power inductors are in high demand. “Most of these small size inductors are being used in consumer devices.”

“The smartphone segment has been driving the electronic market for a few years. It looks like it is running near saturation,” adds Zehnder. “The automotive industry seems to be still going strong. We expect the second half of the year to be steady like the first half.”

“The LED lighting industry is experiencing an exponential growth as well as the automotive market, as more and more electronics are being used plus electrical cars will also contribute to growth,” says Zehnder. “Inductor manufacturers will be riding the wave well into 2014.”

Lead time for all types of Bourns inductors is 12 weeks to 16 weeks, but under special circumstances and at the request of the customer, lead times can be shortened, Zehnder says. He says he expects lead times to remain steady this year.

“This is due to the requirement of high DC inductance and smaller case sizes from applications such as high frequency DC/DC, power management ICs, and charging I/O control,” says Deng, adding, “Another growth area is multi-layer inductors driven by demand from mobile applications.”

Demand for wirewound inductors will continue to be stable, he says.

Despite increased demand over the past few months, supply and demand remains in balance, according to most inductor suppliers, who say they also don't anticipate any raw material shortages in the near term.