Many designers use isolated approaches primarily due to safety concerns. In these cases, the topology of choice is a flyback configuration with primary-side feedback or regulation. But as more lighting designers ask how to design a lamp fixture for a T8 tube using LEDs that is cost effective, there has been a move from isolated to non-isolated LED drivers due to their higher efficiency and use of fewer components.

Designers can typically get the most efficient design with a single-stage non-isolated PFC buck topology, which eliminates the optoisolator and large aluminum electrolytic input bulk capacitor. This accomplishes three things: it increases lifetime, reduces component count, and cuts cost. It also makes it easier to fit in a T8 printed-circuit board (PCB).

There are several topologies – buck, buck-boost, and tapped buck – that can be used in single-stage PFC, non-isolated LED drivers for T8 tube designs. They all have their own advantages and trade-offs. Generally, these approaches boast high efficiency, high power factor (PF), good total harmonic distortion (THD), and low component counts, which translate into a lower-cost solution.

In terms of putting numbers to these specifications, Energy Star requirements call for a PF of at least 0.9 in commercial applications, although many designers are looking for 0.95 or 0.99. THD (EN 61000-3-2 describes harmonic content allowable in industrial/commercial power factor for lighting systems) typically must be less than 30 percent, although in many cases designers are looking for less than 20 percent and even 15 percent.

Efficiency is another important specification. Since there are no standards for efficiency, this often becomes a competitive battleground for LED driver manufacturers. Achieving high efficiency is critical because it directly impacts luminous efficacy. The higher the efficiency, the less heatsinking is required. This means the driver is cheaper and it uses a smaller PCB, providing lower cost, according to Andrew Smith, product marketing manager at Power Integrations.

As an example of a highly efficient driver using a buck configuration, Power Integrations offers a reference design for a 20 W, non-isolated high-line buck LED driver using the LNK460KG controller for a T8 LED tube (Figure 1). The design provides greater than 90 percent efficiency, a high PF of greater than 0.9, and a low THD of less than 15 percent. The total bill of materials (BOM) is 29 parts. This is a single-stage, combined PFC and constant current (CC) output design that does not require an electrolytic primary bulk capacitor, helping increase driver lifetime. The high-line design means it can handle higher output voltage than a low-line buck converter. 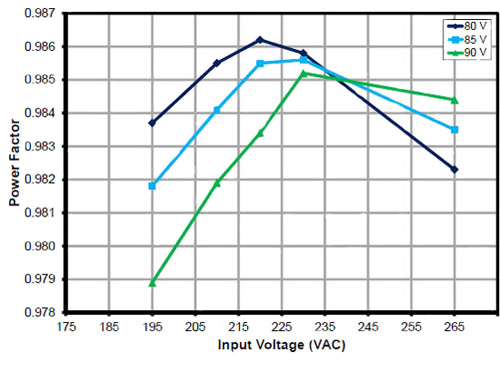 Figure 1: The Power Integrations LinkSwitchPL (U1) LNK460KG switching device in a 20 W non-isolated buck LED driver, controls the power factor and the output current in a single conversion, which translates into high efficiency and very good power factor. (Courtesy of Power Integrations).

The LNK460KG controller can also be used in a low-line non-isolated PFC LED driver in a buck-boost configuration for a T8 LED lamp. Efficiency is rated at greater than 87 percent with a PF of 0.98 and THD of less than 10 percent. The total BOM count of 24 parts and the driver's small size (< 8 mm high and 15 mm wide) make it simpler to mount inside T8 tubes.

To explain why a single-stage non-isolated PFC buck topology is the best approach for T8 tube lamp LED drivers, we will now address why non-isolated designs are cheaper, and the benefits and trade-offs of different topologies.

Why is non-isolated cheaper?

One of the biggest cost factors in a LED driver is the magnetics. An isolated design needs to meet a 4 ½ kV breakdown capability for electrical isolation, requiring a transformer and associated components. In non-isolated designs, the transformer is replaced by conventional low-cost inductors. It also eliminates the need for an optoisolator or simplifies the feedback components.

One of the key benefits of a non-isolated LED driver is the increase in efficiency. Efficiency will typically be above 90 percent (about 91 or 92 percent), compared to about 85 to 87 percent for an isolated single-stage driver in the 10 to 20 W range. A more efficient power supply will deliver more power to the LEDs, which means a designer can choose between using fewer LEDs or cheaper LEDs to provide the same amount of total light output.

As an example, Fairchild's non-isolated, buck LED driver (Figure 2) using the FL7701 PFC controller is said to cut BOM costs by 20 percent and save board space by 60 percent. It provides a PF of > 0.9, 90 percent efficiency, and lower THD.

In addition, heat is a big challenge in any LED lighting application. The problem is that the heat from the load – 75 percent of the power that goes to the LED comes out as heat – raises the ambient temperature around the power supply, so anything that can be done to improve efficiency makes it easier to produce a lower cost driver because there is less need for heatsinking or high-temperature components, according to Power Integrations’ Smith.

Power Integrations also cited a reduction of about 10 components when comparing the BOM for an isolated versus non-isolated design.

It is that power loss that leads to thermal issues and elevates the temperature rise around the components, and that higher temperature is what reduces the reliability of the components, said Brian Johnson, lighting specialist for Fairchild Semiconductor. "In the LED driver itself, you want designs that are very efficient. The higher the efficiency, the less power the driver is dissipating. If you have power wasted in the driver, that will reduce its overall efficacy number."

Because Fairchild's controllers are power factor corrected, it eliminates the need for an electrolytic capacitor, which is one of the weakest components especially when there is a rise in temperature, Johnson noted.

As an example, Fairchild Semiconductor's FL7730MY PFC controller, which can be used in a flyback (isolated) or buck-boost (non-isolated) configuration, incorporates the company's proprietary primary-side regulation (PSR), called TRUECURRENT technology. PFC eliminates the need for an electrolytic bulk capacitor, while PSR eliminates the optocoupler requirement. These two components are considered to be the weakest parts in a LED driver at high temperatures, which can impact reliability in LED lighting.

Designers may also want to consider dimming support as it becomes a growing feature in commercial systems. For example, many of Fairchild's PFC controllers, including the FL7730 and FL7701, offer a variety of dimming control methods. The FL7730MY, as an example, offers several dimming methods including TRIAC, PWM, and 0 to10 V operating range. For non-dimming applications, a complementary part is the FL7732 which can be used in either a flyback or buck-boost topology.

However, there are some tradeoffs. In a non-isolated power supply, certain government agencies will require that the materials around the power converter meet higher temperature standards and that the enclosure have a more robust construction, said Smith, adding that this means a little reduction in the transmissivity of the material, so it absorbs more light, which means the lumens per unit input power drops slightly. 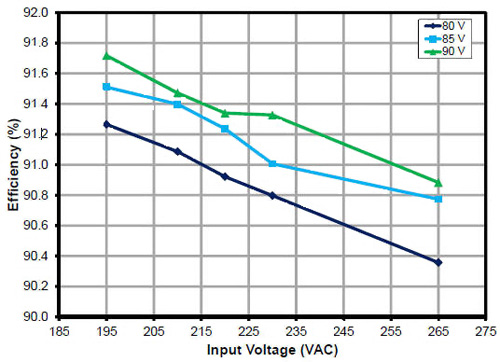 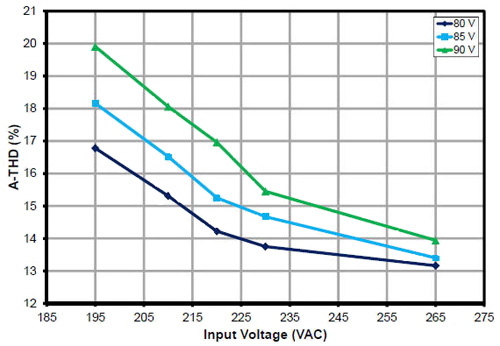 Although a designer typically can get the most efficient design with a buck topology, a significant advantage for an isolated flyback design is its wide output voltage. A designer may also use a buck-boost topology because it operates over a wide voltage range, but there is a limit to the ratio of the input voltage to the output voltage because it uses non-isolated converters.

Here, the important question is how many LEDs is the customer going to string together in series, as this will dictate the voltage that has to be placed across the LED. For example, according to Johnson, if there are 20 LEDs in series and each one has a three-volt drop then at least a 60 V output is needed on the LED driver to successfully drive those LEDs. "It's easy to do 60 volts in a flyback, but in a buck, it's pushing the range," he said.

Similar to a flyback converter, a buck-boost delivers power if the input voltage is higher or lower than the output voltage, which means it has benefits for high-voltage outputs. It also offers high efficiency, low component count, and low THD. However, it does have a limitation in terms of the ratio of the input to the output voltage.

In this case, Power Integrations’ Smith recommends using a tapped buck converter where a high level of voltage step-downs is required in non-isolated designs. He says it still offers high efficiency and low component count, although it requires some additional components.

When selecting the right LED driver configuration for T8 LED tube replacements, there are several choices available, each with their pros and cons. First, a designer has to choose between an isolated or non-isolated design. Then, he or she must factor in the output voltage requirement and power level. Designers also may want to incorporate dimming so the kind of dimming support of the controller becomes more important.

Single-stage PFC, non-isolated buck configurations typically offer the most efficient design, providing the highest efficiency and good PF and THD. They also deliver a lower-cost solution thanks to the use of fewer components, space savings, and higher reliability by eliminating several weaker components in the power converter.

However, there are a few limitations, which have to be carefully weighed, depending on the application. A big issue is output voltage. In buck LED drivers, designers need to pay attention to the limited output voltage.