Increases in new orders and shipments resulted in the book-to-bill ratio for printed circuit boards rising to 1.02. 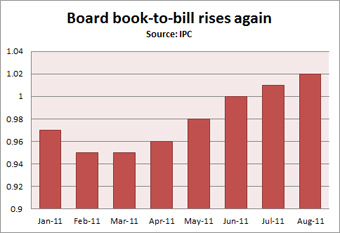 “The book-to-bill ratio has been trending upward for the past five months which suggests that sales should hold up through the rest of this year,” said IPC president and CEO Denny McGuirk.