Examining the short- and long-term supply chain impacts of the federal budget cuts. 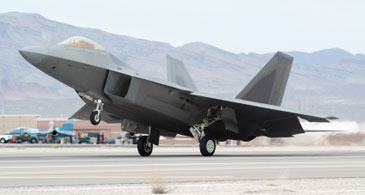 They say the month of March comes in like a lion and goes out like a lamb, but for many organizations in the aerospace and defense industries only the first half of that idiom is going to hold true this year. That’s because the impact of the federal spending cuts that took effect on March 1—also known as the “sequester”—will negatively affect entities up and down the supply chain long after the lion-lamb month is over.

Originally passed as part of the Budget Control Act of 2011, the sequester cuts spending to both domestic and defense programs and includes a total of $85.4 billion in spending reductions. The impact of the cuts have yet to be measured but according to Bloomberg Businessweek’s The Sequester's Hidden Risks for the U.S. Economy, the drop in government spending will result in 750,000 fewer jobs and a 0.6 percent contraction in the U.S. economy.

In Defense Contractors Preparing for Worst With Sequester, Fox Business reported that defense spending reductions represent roughly half of the total sequester cuts and that the bulk of those cutbacks will be achieved through contract cessation and the elimination of contract extensions. The rest will come from furloughing federal employees.

Dan Stohr, director of communications for the Arlington, Va.-based Aerospace Industries Association, which represents more than 300 aerospace and defense companies, says the major impact on companies’ supply chains will take place over time.

“It’s been a slow roll so far—which was pretty much anticipated,” says Stohr, who points out that furloughs for federal employees won’t go into effect until late April. “At that point, you will start to see a major difference in terms of the federal workforce and how everything is impacted on a services level.”

The actual contracting will unfold on a slower timeline because funds subjected to sequester have yet to be obligated. A contract that’s up for renegotiation or a secondary order ready to be put in the pipeline, for example, could be subject to sequester.

“Contracts issued on February 28—including a major F-35 fighter contract—wouldn’t be subject to sequester because the funds were already obligated,” explains Stohr. “Going forward is when we’ll start seeing the impacts.”

“We’re seeing multi-fold disruptions here in the D.C. area, where the shutdowns are costing firms enormous amounts of money,” says Karrenbauer, who sees the suspension of military equipment production and maintenance as a supply chain link that’s particularly prone to long-term effects of the sequester.

“The obvious disruption of putting employees on furlough for one day a week is sobering enough,” says Karrenbauer, “not to mention the fact that vendors working with the government are suddenly told that their customers aren’t going to be spending as much with them as planned.”

Aerospace and defense suppliers are keeping a close eye on their contract dates and trying to get a sense of what percentage of their expected contracts will be subject to sequester-related cancellation.

“From there, they’ll be gauging the impact on their businesses,” says Stohr, “and deciding what courses of action they need to take in order to best position themselves to ride out the sales volume changes.”

Any other predictions would be preliminary at this point, says Stohr, who adds that the industry AIA serves could face a great deal of uncertainty in the near future. He said companies are re-tasking and moving resources around in order to preserve personnel. The smallest of firms are facing big hits on their revenue figures and “could go out of business,” says Stohr, “depending on which contracts are executed going forward.”

Ideally, Stohr says organizations such as AIA and its members want Congress to act on these issues “sooner rather than later” to restrict the amount of permanent damage that is done to the supply chain and the industrial workforce.

“Yes it’s true that we have a spending problem,” says Stohr, “but the sequester won’t fix that; it’s only going to create more problems.”