The world depends on fiber-optic links: from phone links around the globe to the backbone network of the Internet, fiber-optic cabling carries millions of megabits every day and this is increasing.


The world depends on fiber-optic links: from phone links around the globe to the backbone network of the Internet, fiber-optic cabling carries millions of megabits every day and this is increasing. Weathering all economic recessions, traffic in telecommunications networks increases steadily by more than 50 percent each year according the Fraunhofer Heinrich Hertz Institute in Germany. To meet this demand, it is vital to increase the capacity of fiber optical networks and to make better use of fiber optical links to support modern services and high-resolution video.

The fundamental technology for these optical fibers is LED transmitters and diode receivers. The LEDs transmit data at wavelengths of 1300 nm, 820 nm or 650 nm, either at a single frequency for single-mode fiber to get long distances, or together in multimode fiber for short links with higher bandwidth. Soliton technology has been able to send a single pulse of light through 4000 km of fiber without the need for amplification, while the same technology has been used for 1 Tbit/s data rates. However, these are not yet commercial systems.

Increasingly, lower cost plastic fiber is being used with more cost-effective sensors providing the last mile connection for the telecom networks to the home. Developments in plastic fiber transmitter and receiver technology are boosting the data rates such that they will be proof against the increased data needs in the future.

While traditional telecom networks operate at standard data rates, most commonly up to 2.4 Gbit/s (or the optical carrier OC-48 standard in the US, and STM-16 in Europe), now networking technologies are also running at similar speeds. The 10G Ethernet provides links at 10 Gbit/s, comparable to OC-192, while the developments in 40G Ethernet are mirrored by the development of the OC-768 (STM-256) protocol.

Even these speeds are being exceeded. Last year, researchers in Germany and Denmark succeeded in generating a serial data rate of 10.2 Terabits per second and transmitting it over a 29 km-long fiber-optic link, beating the previous record of 2.65 Terabits per second. This is the equivalent of sending approximately 240 DVDs over the link in one second.

The breakthrough was achieved by an even more rapid and comprehensive modulation of the light signal transported in the fiber-optic cable on a single optical carrier or wavelength. First, the data transmission pulse repetition rate is increased, so that every 800 femtoseconds researchers sent an optical pulse of just 300 femtoseconds pulse duration down the optical cable, giving a pulse repetition rate of 1.28 THz. This is 32 times more repetition than in commercial 40 Gbit/s transmission systems and means that data can be time-interleaved with very high density.

Secondly, the researchers increased the amount of information transmitted in each burst by modulating the amplitude and the optical phase of the electromagnetic light wave as well. 16-QAM modulation, used for the first time on such an ultra-rapid sequence of optical pulses, enabled coding of 4 bits per pulse, which means that four times more information could be transmitted than with commercial systems.

All this requires high-performance diodes that can sense the incoming photons and convert them into a current. The PIN diode operates under a state of high-level injection in the ‘Intrinsic’ area between the p- and n-type semiconductors, hence a ‘P-I-N’ diode. The diode will conduct current once the flooded electrons and holes reach an equilibrium point.

To be used as a photodetector, the PIN diode has a reverse bias applied so that it does not conduct except for a small leakage, or ‘dark’ current. When a photon enters the intrinsic region it frees a carrier and the reverse bias field creates a current.

Aligning the optical fiber with the PIN diode sensor has been a key challenge. The 1000 µm core of the fiber has to be aligned with the sensor to provide the maximum sensitivity and performance. The modules are increasingly seeing full vertical integration of the optical components, and this is extending up to the 100 Gbit/s systems. This often includes an integrated tunable-laser assembly, integrated PM-QPSK modulator and integrated dual-polarization intradyne coherent receiver into a cost-efficient high performance transponder. It increasingly includes automatic chromatic dispersion and polarization mode dispersion compensation properties for the next generation optical network architectures with more extensive optical routing and richer mesh network topologies.

The OPF480 from TT Electronics is a low-noise high-speed PIN photodiode for fiber optic links designed to self-align in the 0.228 diameter bore of standard fiber-optic receptacles using 50 to 100 µm fiber. The low capacitance of a maximum of 2 pF means it can provide the high speed sensing of the photons at the peak frequency of 860 nm across an 80-degree field of view. This wide field of view is one reason why the device can be easily fitted into the fiber-optic receptacle. 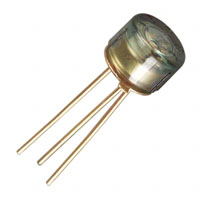 
The TEMD7000X01 from Vishay is a high-speed and high-sensitivity PIN photodiode with the optimum sensitivity at 900 nm, but can detect light from 430 nm to 1100 nm. It is a miniature surface mount device (SMD) including the chip with a 0.23 mm² sensing area that detects visible and near-infrared radiation and fits into the 0805 SMD format.

The Versatile Link series from Avago is a complete family of fiber-optic link components for applications requiring a low-cost solution. The HFBR-0500Z series includes transmitters, receivers, connectors and cable specified for easy design. This series of components is ideal for solving problems in voltage isolation/insulation, EMI/RFI immunity or data security. The optical-link design is simplified by the logic-compatible receivers and complete specification for each component. The key optical and electrical parameters of links configured with the HFBR-0500Z family are fully guaranteed from 0° to 70°C.

A wide variety of package configurations and connectors provide the designer with numerous mechanical solutions to meet application requirements. The transmitter and receiver components have been designed for use in high-volume/low-cost assembly processes such as auto-insertion and wave soldering.

The transmitters use a 660 nm LED while the receivers include a monolithic DC coupled, digital IC receiver with open collector Schottky output transistor. An internal pull-up resistor is available for use in the HFBR-25X1Z/2Z/4Z receivers. A shield has been integrated into the receiver IC to provide additional localized noise immunity. The internal optics have been optimized for use with 1 mm diameter plastic optical fiber and the Versatile Link specifications incorporate all connector interface losses. All this simplifies the optical calculations for common link applications and helps the designer set up the optical link quickly and easily. 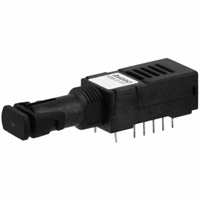 Plastic fiber is also becoming more common, both in automotive networking but also as the last mile link to the home for passive optical networks (PON) and Fiber to the Home (FTTH). While using plastic fiber does not give the same data rates or link length as glass fiber, it is considerably cheaper to install. Aligning the fiber with the receiver is a relatively simple procedure and can be done in the field.

The IF-D91 from Industrial Fiber Optics is a high-speed photodiode detector housed in a connector-less style plastic fiber-optic package. The optical response of the IF-D91 extends from the 400 nm band up to 1100 nm, making it compatible with a wide range of visible and near-infrared LED and laser diode sources. 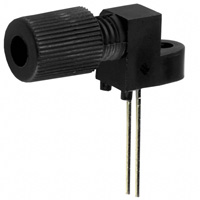 
This includes 650 nm visible red LEDs for optimum transmission through the plastic optic fiber although the peak sensitivity of the receiver is at 920 nm. The detector package features an internal micro-lens and a precision molded PBT housing to ensure efficient optical coupling with standard 1000 µm core plastic fiber cable.

The fast response times of the IF-D91 with a rise time of 5 ns make it suitable for high-speed digital data links in telecom networks, providing more than 100 Mbit/s with a suitable LED or laser diode source. It can also be used for analog video links (in CCTV for example) with bandwidths up to 70 MHz. 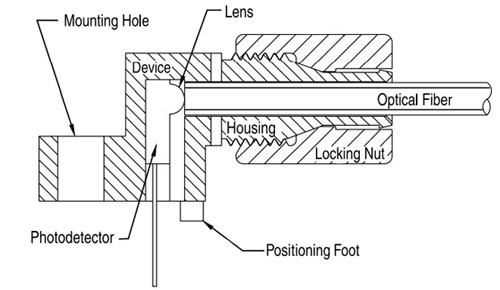 Figure 4: Mounting the IF-D91 sensor on a fiber.


The PLR135 from Everlight Electronics is a high sensitivity receiver optimized for red light at 650 nm for plastic optical fiber. It has a built-in threshold control to provide improved noise margin with a receiver sensitivity of up to –27 dBm for 16 Mbit/s links, and –21 dBm for 25 Mbit/s links.

Figure 5: Testing the performance of the PLR135 receiver from Everlight Electronics.


Careful decoupling of the power supplies is very important. A 0.1 µf surface-mount (size 0805 or smaller) capacitor is required as close as possible to the Vdd and Gnd leads. This acts as a low impedance path to ground for any stray high-frequency transient noises.

To reduce the digital noises from the digital IC on the motherboard, the planar capacitance formed by an isolated Vcc and the ground planes is critical. The plastic fiber must be mounted directly on these two planes to reduce the lead parasitic inductance.

The isolated Vdd and Gnd planes must then be connected to the main Vcc and Gnd (digital) planes at a single point using ferrite beads. These beads are used to block the high-frequency noises from the digital planes while still allowing the DC connections between the planes. Using these techniques allows the receiver to be used effectively.

The 125 MBd Versatile Link (HFBR-0507ETZ Series) from Avago is another cost-effective fiber-optic receiver for transmission of 125 MBd data over 100 meters of plastic fiber. The data link consists of a 650 nm LED transmitter, HFBR-1527ETZ, and a PIN/preamp receiver, HFBR-2526ETZ. These can be used with low-cost plastic or silica fiber. One-millimeter diameter plastic fiber provides the lowest cost solution for distances under 25 meters. The lower attenuation of silica fiber allows data transmission over longer distance, for a small difference in cost.

The HFBR-1527ETZ transmitter is a high-power 650 nm LED in a low-cost plastic housing designed to efficiently couple power into 1 mm-diameter plastic optical fiber and 200 µm Hard Clad Silica (HCSR) fiber and operates at speeds up to 125 Mbit/s. The high bandwidth analog receiver contains a PIN photodiode and internal trans-impedance amplifier. A wide variety of other digitizing circuits can be combined with the device to optimize performance and cost at higher and lower data rates. 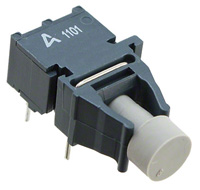 Figure 6: The HFBR-0507ETZ receiver from Avago can be used for silica or plastic fiber.


Up until now, however, these polymer plastic fibers have suffered from the disadvantage that their transmission capacity has been limited to 100 Mbit/s. Although that is sufficient at the moment for DSL to the home, Internet telephony and Internet TV, there is increasing demand for higher data rates.

Using a new technique for data transmission, German researchers have succeeded in transmitting one gigabit per second over a 100 meter test route in the laboratory. The trick for getting optical polymer fiber cables to operate at gigabit speeds is that the bits are not sent as usual light pulses but using a special algorithm that changes the light signals in such a way that more information fits into the available bandwidth of the fibers. The researchers adapted the familiar multicarrier modulation technique used in DSL and WLAN so that it is also applicable to light signals. Using this 256QAM modulation 1008 Mbit/s could be sent through the polymer fiber cable.

The need for bandwidth in the telecom network is expanding rapidly every year. With more demand for video and high bandwidth applications, the network has to increase the capability of the optical transmitters and sensors, especially over the last mile to the home. The developments in plastic optical fiber are allowing more self-aligning sensors to be used, easing the installation and cutting the costs of installing faster links to a wider number of homes.