Medicine does not advance technology, technology advances medicine. This is especially true in diagnostics, maintenance, and monitoring for both interceptive and preventative medical techniques.


Medicine does not advance technology, technology advances medicine. This is especially true in diagnostics, maintenance, and monitoring for both interceptive and preventative medical techniques. Sensor technology in particular, based on improvements in miniaturization— especially in the MEMS segment—is at the forefront of advancement. MEMS chips sense pressure, detect motion (or lack thereof), identify, and measure force, pump fluid, control flow, and more.

Sensors are used by being implanted, placed through incisions into catheters, or used in body cavities; external sensors are used in contact with body fluids and in medical devices.

Today’s implantable sensors are extremely small, lightweight, and rugged enough to be used over a long period of time. Today’s medical sensors are able to differentiate between walking, running, and other physical exertion. Given that power sources are an issue in some designs, such as pacemakers, piezoelectric polymer sensors are miniature, reliable, and require no power other than what they can harness from the environment in which they operate. Similarly, implanted sensors can also be powered externally through the use of RF technology in the form of an RF energy wand. When the wand, complete with an antenna and transponder, is used in close proximity to the sensor, the sensor wakes up to take measurements, sending the data to the wand through the RF link, and then returns to sleep mode.

Sensors placed by way of an incision, for example, attached to a catheter, are used to measure blood flow in the heart. These types of sensors are typically used in the short term, spanning minutes to hours.

Disposable silicon MEMS pressure sensors are used during the childbirth process to measure contraction frequency and pressure, and are removed after the baby is born. Disposable oral and rectal probes are used to measure body temperature.

Sensors that are exposed to fluids include disposable blood pressure sensors typically used during surgical procedures to monitor blood pressure. These sensors are replaced regularly. The sensor module is plugged into a monitor and logs all extracted information. 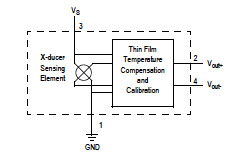 Figure 1: Block diagram of the internal circuitry integrated on a pressure sensor chip.


Motion sensors also play an important role in medical applications. Accurately detecting and monitoring motion is important where movement or lack thereof is important. Bed-patient positioning, patient down monitors, activity and inactivity, and free fall detection, are all possible. For example, the Analog Devices ADXL345 Digital Accelerometer, often found in handsets and gaming devices, is a high-resolution, small-size, low-power-consumption part that provide value in bringing ultra-fine resolution to medical imaging equipment, surgical instrumentation, advanced prosthetics, and automatic defibrillators with embedded accelerometers for enhanced feedback. In addition, the accelerometers provide useful information about patient activity and, when worn, can be used to detect standing, walking, falling, and measure tremor. The ADXL345 (Figure 2) is a small, thin, ultra-low power, three-axis accelerometer with high-resolution measurement. The device detects the presence or lack of motion by comparing the acceleration on any axis with user-set thresholds. 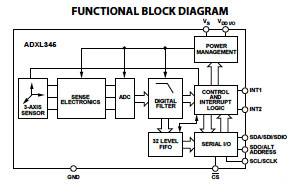 
In a recent paper presented by J. Pang and I. Singh at the World Congress on Engineering and Computer Science 2011 (Proceedings Volume II), the authors describe a new solution using the ADXL345 in combination with a RabbitCore RCM3365 board as web server to detect and monitor hand motion in real time. When a hand moves, the accelerator detects the motion, and the data is collected into an Excel database. The experiment shows the position of the hand, forward or backward movement detection, and the angles of the hand position. These types of experiments are still somewhat in the early stages and will require increased sensitivity to small sensor errors and more accurate accelerometer angle detection, which depends on complicated algorithms to process the data.

MEMS flow sensors are used in medical applications for ventilator sleep apnea machines, and anesthesia. For example, the Omron MEMS D6F-P flow sensor (Figure 3) is a compact, high-performance sensor with high resolution and repeatability at high or low flow rates. It features barbed ports with connector or PCB terminals (or a manifold mount version with connector) and has a built-in voltage regulator, temperature compensation and amplified output. 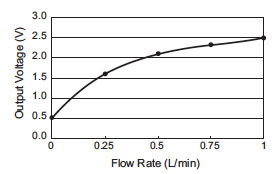 
The D6F-P flow sensor series represents a cost-effective solution that measures the change of temperature across two thermopiles. The temperature difference is correlated to a flow rate by an amplified, temperature-compensated analog output signal from 0.5 to 2.5 Vdc. Features include their small size, the ability to be used with most medical gases, and excellent accuracy. Humidity sensors are also used in such medical applications as respiratory therapy, incubators, and in microenvironments. They provide precision RH and temperature measurement in sleep apnea machines and ventilators in respiratory applications, and provide optimal temperature and RH levels to support critical processes and experiments in incubators and microenvironments. 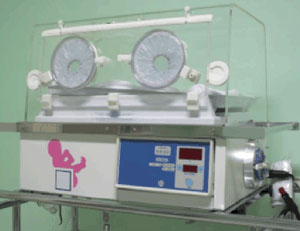 Figure 4: Incubators use the Honeywell HIH6130 series for temperature and RH levels. (Courtesy of Honeywell.)


As a population ages and medical costs continue to spiral out of control, any chance of providing advanced, reliable, and remote medical services represents a substantial advantage to patient and caregiver alike. As has been discussed, miniaturized sensors with advanced features are finding their way into medical application designs. In a subsequent article we will explore the related fields of wireless body area network (WBAN), radio frequency identification (RFID), wireless personal area network (WPAN), and a variety of other sensor network technologies used in medical designs.