With advances in power semiconductors, converter architectures, magnetics, and packaging in the last two decades, power levels once available only from large-size, isolated modules have migrated downward.


With advances in power semiconductors, converter architectures, magnetics, and packaging in the last two decades, power levels once available only from large-size, isolated modules have migrated downward while conversion efficiency simultaneously increased. The result is system board needs are being served by ever-smaller isolated DC/DC converter bricks with new, higher levels of conversion efficiency and power density. For example, 1/4th and 1/8th bricks are delivering hundreds of Watts of isolated power with over 90 percent conversion efficiency and more than 500 W/in³ power density to supplant full and half bricks in distributed power architectures. Similarly, 1/16th and 1/32nd bricks are moving up the ladder to handle the power needs of intermediate bus architectures (IBA).

Isolated brick converters are available in a range of standard formats including 1/16th, 1/8th, 1/4th,1/2, and full bricks. To ensure pin-for-pin compatibility and facilitate second sourcing, the isolated bricks have been standardized by the distributed-power open standards alliance (DOSA), which was initially founded by Lineage Power (now GE Critical Power) and SynQor in 2004. Since then, many more have joined the alliance to bring order to the fragmented DC/DC converter market. Today, DOSA alliance members include brick manufacturers such as CUI, Delta Electronics, Emerson Network Power, Murata Power Solutions, Power-One, and TDK Lambda, among others, ensuring multiple sources for each brick format.

The 1/32nd brick DC/DC converter, which is the smallest (Figure 1), was standardized by DOSA in 2011 in a 19 mm (0.75 inch) by 23.35 mm (0.92 inch) format. Each module has the ability to provide an isolated single output voltage from 12 VDC down to less than 1 VDC, enabling direct powering of semiconductor ICs such as ASICs and FPGAs. Since maximum output current is not specified in the standard, it allows all DOSA suppliers to incorporate new technologies over time to increase power ratings. This smallest brick footprint is aimed at telecom, datacom, and industrial applications. 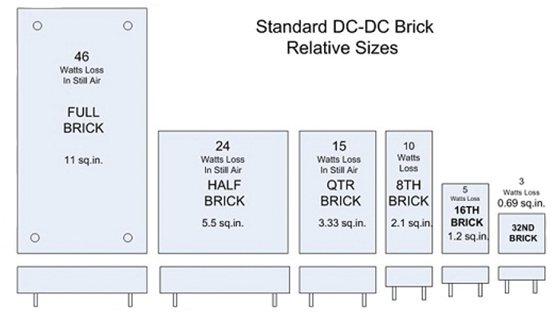 Figure 1: Standard DC/DC bricks go all the way from full-brick to 1/32nd brick.

While full bricks have migrated up to 900 watts or more, the smaller-size bricks are also flaunting hundreds of watts of output power from a significantly reduced footprint. For example, TDK-Lambda’s iQG series is designed to deliver 400 W from a DOSA-compatible quarter-brick package only 0.52 inches in height (Figure 2). It is designed for space-constrained intermediate bus architectures (IBA) in telecom systems where the typical input voltage is 48 VDC with an operating input range of 36 to 75 VDC. 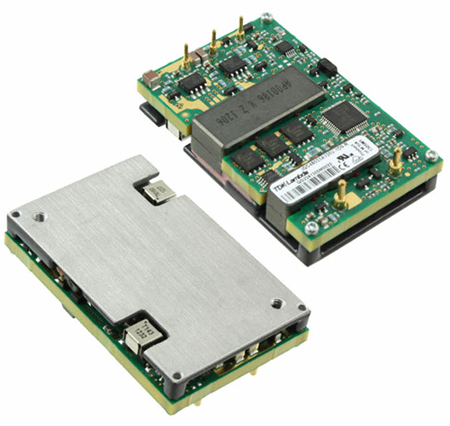 Figure 2: TDK-Lambda’s iQG series is designed to deliver 400 W from a DOSA-compatible quarter brick package with a base plate.

Typical DC output voltage for the iQG series is 12 V at 33 A of maximum output current. While its rated peak efficiency is 96 percent for 48 V input, the quarter brick achieves 94.5 percent at full-load and 95 percent at 25 A, or 300 W load. This performance begins to drop by a few percentage points as the input voltage goes higher (Figure 3). Because the efficiency is so high at 48 V input and 12 V output, thermal management becomes simple with the open-frame design; the board can be easily cooled with conduction, convection, and forced-air cooling strategies. This allows the quarter-brick DC/DC converter’s baseplate to operate over a temperature range of –40°C to +125°C. The unit offers an input to output and input to baseplate isolation of 1500 V. 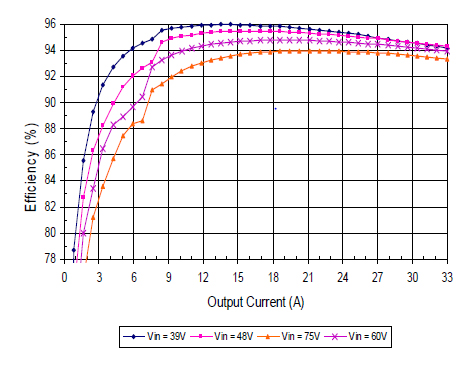 Figure 3: The quarter brick iQG series is rated to deliver peak efficiency of 96 percent at 48 V input, which drops by several points as the input voltage goes higher.

Quarter brick suppliers, such as Vicor, are pushing the power envelope even higher while simultaneously raising the efficiency bar. Last year, the company squeezed 750 W of output power from a quarter-brick footprint at >98 percent peak efficiency. Part of Vicor’s VIBrick IBC series, the IB050Q096T70N1-00 can deliver up to 750 W from a quarter brick footprint with a profile of only 0.42 inches. Though the peak efficiency is obtained at mid-load, it remains high (>97 percent) at full-load. In fact, even as the ambient temperature rises to 55°C, the rated efficiency at full-load is 97 percent (Figure 4). 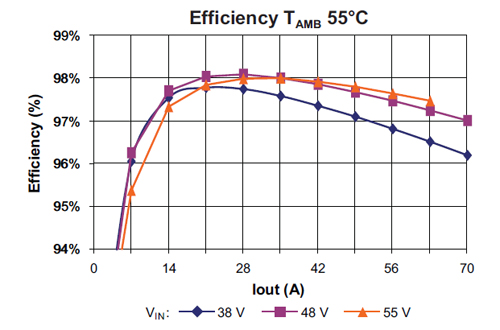 Figure 4: Vicor’s 750 W quarter brick IB050Q096T70N1-00 maintains high-conversion efficiency across all loads even as the ambient temperature rises to 55°C.

According to Vicor, the very-high efficiency of the 5:1 DC/DC converter enables full-load operation at 50°C with only 400 LFM airflow. The module’s small cross section facilitates unimpeded airflow above and below its thin body to minimize the temperature rise of downstream components. A baseplate is available as an option for alternative cooling schemes. It should be noted that the maximum output power is delivered only at the high end of the input voltage range, which is 36 to 60 V. At 36 V input, the rated output power is 500 W. With 48 to 54 V input, it squeezes out 650 W power, which is much higher than many competing quarter bricks. Another key feature is input to output isolation, which is rated at 2250 VDC.

Eighth bricks are also achieving higher output power to displace traditional quarter bricks in telecom and datacom sectors. Using patented sine amplitude converter topology, Vicor has set new benchmarks for the eighth-brick module. The low-profile 4:1 converter IB048E120T40N1-00, boasts 500 W output from 50 to 55 V input. At 48 V input, it drops to 480 W, which is still higher than many competing products. The unit’s very-high efficiency enables full-load operation at 55°C with only 200 LFM airflow. Although Vicor is not a member of the DOSA alliance, its IBC quarter and eighth bricks are compatible with DOSA specs.

Similarly, for applications beyond IBCs, such as powering ICs and industrial equipment or wireless networks, Delta is squeezing more juice from 1/16th bricks such as its V48SH. Designed to provide 100 W of power or 30 A of output current at 3.3 V from 48 V input, the single-output isolated DC/DC converter provides up to 91 percent efficiency at full load. A DOSA-compatible version is Delta’s V48SC. 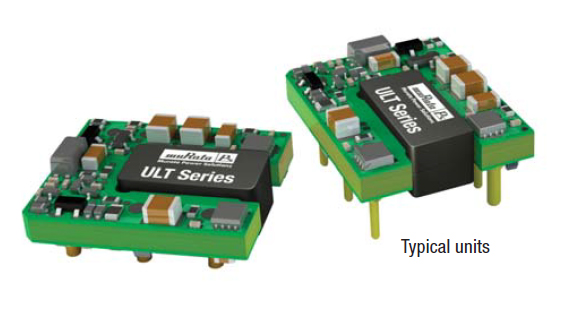 Figure 5: Murata’s DOSA-compatible 32nd brick can deliver up to 30 W output from a miniature package.

In summary, the choice of a specific DC/DC converter brick module is typically dictated by the power level required. Board space is another primary consideration in selecting a converter, and designers typically want the most power in the least space. But in making your choice, keep in mind that bricks today are combining advances in semiconductor technology, circuit architecture, magnetics, and packaging to deliver higher power from smaller footprints with levels of conversion efficiency and power density that were unachievable just a few years ago. These technology improvements mean the power levels deliverable from each brick size have increased. With more power on board, smaller bricks today are supplanting traditional larger bricks, and as a consequence, design engineers may now be choosing from a wider range of brick modules. That is an important consideration, given that smaller bricks typically cost less than larger ones. What to do? While there is no one-size-fits-all law governing brick selection, a good rule of thumb (all other things being equal), is that the most cost-effective power solution is one where the least unused power capacity is left on the table when the final system is running.