When selecting LEDs for street light applications, several parameters must be addressed including the efficiency, efficacy, and features municipalities desire.

The market for LEDs used in streetlights recently got a bump thanks to President Obama’s nationwide streetlight upgrade plan announced at a recent U.S. Conference of Mayors. Under the Presidential Challenge for Advanced Outdoor Lighting1, the President is calling for local cities to upgrade 1.5 million streetlights. Doing so, according to the U.S. Department of Energy, local governments can reduce their outdoor lighting bills by 50 percent or more.

The good news is that the price of LED streetlights has dropped enough where payback periods are becoming more attractive to cities. In general, the cost of LEDs as a percentage of the overall system was in the 50 percent range a few years ago, according to LED manufacturers. Today, LEDs as a percentage of system cost is about 20 to 25 percent. This means streetlight luminaire manufacturers are now looking at other elements of their systems – the optics, heat sinks and assembly – as the cost drivers.

In addition to cost, one of the top specifications that any streetlight designer has to consider when selecting LED components is efficacy and meeting more stringent lighting standards. This should be coupled with LED platforms that offer a wide range of CRIs and CCTs in order to meet the exact requirements for the streetlight application. Other top characteristics include quality and reliability to ensure longer lifetimes and lower maintenance costs.

For even more energy savings, these streetlights can be coupled with dimmable control systems. An extra benefit is a reduction in light pollution. In addition to the savings in energy consumption, the LED streetlights also provide better nighttime visibility and can provide a more “comforting” light for pedestrians.

One of the challenges for designers are the performance trade-offs, which depend on the requirements of the application. “Some luminaire streetlighting manufacturers are designing for high efficiency – in the 110 to 120 lumen per watt (lm/W) range as a system efficacy, while others are looking for more of a cost-effective fixture,” said Ray Chock, senior director of business development at Lumileds.

This means some designers will trade off efficacy or efficiency to get lower LED counts and a more cost-effective fixture. However, the real advantage of LED streetlighting and what’s attractive to the customer, for example a city or municipality looking to install streetlights, is high efficacy. “The value propositions to them are saving energy and providing better quality of light than traditional high-pressure sodium-type lighting,” said Chock.

From a system perspective in terms of bill of materials (BOM), in order to achieve a 10,000-lumen streetlight a design needs about 12 or 14 LUXEON M’s and each one will have a corresponding streetlight optic, explained Chock. If compared to a LUXEON TX, a design would need about four times the number of LEDs, four times the amount of optics, and about 50 percent more board area, and maybe some more heatsink material, he added.

The result: Designers can either choose the LUXEON M to keep the emitter count down and lower the system BOM or select the LUXEON TX, which is just as effective in efficiency, but takes up more space. In some applications like streetlights, size is not an issue because a certain form factor must be met, said Chock.

There is a price difference between the two series, but from an emitter cost perspective it’s nearly equivalent. Four LUXEON TX LEDs are priced at about the price of one LUXEON M. But because of the board and optics savings, the LUXEON M may have an upper hand, said Chock.

Again, it depends on the architectural design. “Designers have looked at the LUXEON TX because they have wanted to design a more flat fixture or because they can distribute the light better with the TX,” said Chock. “I think some of it is architectural design preferences over pure cost. We believe the LUXEON M (Figure 1) is probably the flagship in streetlights but every designer has a different angle on how they want to design their product. The value that we also bring is that we have the depth and range of products from M to TX to Z ES, which is a very small form-factor product.” 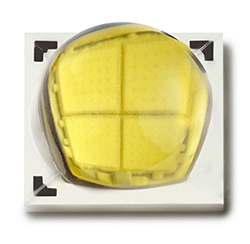 Figure 1: Thanks to its high-flux density in a 3 mm2 area, the LUXEON M reduces emitter count to deliver more compact fixture designs. (Courtesy of Lumileds)

As an example, for outdoor lighting manufacturers that require 4000 K at 70 CRI, designers can use the LUXEON TX 360 lumen output at 1 amp and 85°C to reduce overall system cost, but still be able to drive the same part at 350 mA to deliver 155 lumen/W LED efficacy, providing a system efficacy of more than 120 lumens/W for streetlights.

Add beam angles to the mix and there are other products to consider. For example, Lumileds’ LUXEON Z ES, a high-power LED housed in a 1.64 x 2.04 mm package, uses a reflector-based design - versus the lenses for M and TX – that deliver advantages to “shape the beam pattern” for streetlighting, said Chock. “The LUXEON Z ES offers a very small source size so they could use a lot of these little parts to get more light in the corners.”

There are a variety of LED platforms and optics to cover all the different types of streetlight configurations – for intersections, exit ramps, two-lane roads, and sidewalks. A good lighting design is the result of a combination of the LED and a very good optics design, added Lumileds’ Chock.

“Designers have to make sure the combination of the LED and optic work together to meet the different streetlight profiles. They will either design their own optics or go to an optics supplier for an off-the-shelf product,” said Chock.

For most designers this means first looking at the LED specs, such as lumen per watt, because cities and municipalities are looking for energy savings. There is a minimum requirement, said Chock, typically ranging between 90 to 120 lm/W as a system efficiency.

In addition, designers typically know what correlated-color temperature (CCT) they need, which varies globally, he said. In the U.S. and Europe the requirements are 4000 K/70 CRI (color-rendering index) and in Asian countries, it is 5000 K/70 CRI.

There is some trend toward 3000 K, a warmer light, for more urban streetlighting and city centers where people want a “warmer look,” said Chock.

“We see trends driven by both the utilities and rebate organizations that drive performance standards – they are looking at color temperature and efficiencies of the light source, which really drives the manufacturers to set a minimum requirement for the performance of their fixture,” said Marc Dyble, marketing & business development manager – Solid State Lighting at OSRAM Opto Semiconductors Inc. “One of those organizations is DesignLights Consortium, which sets a minimum light output as well as requirements for efficacy, CCT  and CRI.” (Figure 2) 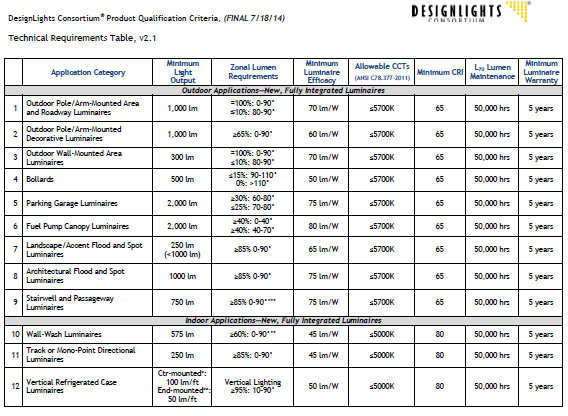 “From an LED-manufacturer standpoint we utilize that data to supply manufacturers with products that meet those requirements but also provide some added value when it comes to robust conditions for outdoors like high temp, salt spray, and other environmental factors that could influence the LED performance,” Dyble added.

Physical design or form factor is another aspect of the luminaire design. Typically, traditional streetlights use a cobra-head form factor, which is a bit bulky. Thanks to LEDs, streetlight form factors no longer have to conform to the cobra-head style, which helps manufacturers to differentiate their products.

Designers also need to consider the selection of the LED driver. Streetlights is one application where you not only need a lot of light but also high reliability, quality, and stability. “One of the weakest points in luminaire designs, including streetlights, is in the driver,” said Chock. “The driver has to take the lightning shock on a stormy day and lifetimes of drivers are typically much less than a LED. The ramification is if you don’t get a quality and reliable driver, you have to send a bucket truck to the pole to replace it. Maintenance cost is part of the ROI equation.”

“LED drivers are very critical to the design and efficiency of the system and long-term performance of the system,” agreed Dyble. “If you have a lot of thermal cycling - it might get cold in the evening and heat up during the daytime - that puts a strain on the LED and the driver. When we look at driver compatibility we look at how well that driver is going to perform in these environments and what is the functionality of the driver.”

The OSRAM OSLON family – OSLON SSL and OSLON Square, one- and two-watt devices, respectively, built on ceramic substrates, provides a very good platform for the LED die in harsher environments because they provide a lot of robustness, said Dyble.

In addition, the OSLON family offers a variety of beam angles, which provide greater flexibility in terms of matching up optics whether they are custom or off the shelf. “We look at how well the LED couples to the optic to increase the optical efficiencies of the entire system,” said Dyble.

“We’ll mate up especially for chip-on-board (COB) products certain drivers depending on the need of our customer. Drivers can have other feature sets and provide control inputs that allow them to dim the LEDs or provide wireless communications to the streetlight for some unique controllability,” said Dyble. “For example, when there is an accident scene the lights can be turned up and create a lighting zone or dim the lights at curfew for energy savings. Those functions are available in different driver topologies.”

OSRAM’s high-power COB arrays – the Soleriq P family (Figure 3) – is another way to approach streetlight applications to reduce luminaire costs and for ease of assembly, said Dyble. They reduce the complexity of the luminaire by requiring fewer LED sources and minimal optics, while providing a fast-track to bringing product to market, he added. 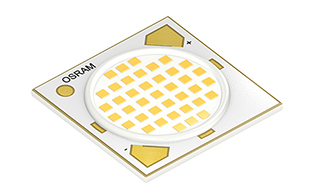 Figure 3: The OSRAM Soleriq P 13 offers a brightness level of up to 6800 lumens and is available in two versions with different CRIs in a small light-emitting surface of 13.5 mm in diameter. The package measures 18 x 18 x 1.5 mm. (Courtesy of OSRAM)

The Soleriq P COBs use the same LED die as in the OSLON family so they provide the same robust part but just in a different form factor. “The COB allows for easy integration into a fixture so you do not have to place several dozen or so LED components on top of a PCB. This allows for a simple connectorized system, or the use of a holder and snap-on optic that is easy to integrate into a fixture. This provides up to 5000 lumens but in a single dense array of chips,” he said.

Some LED manufacturers also will work with third-party suppliers to ensure that their customers get the help they need to develop a luminaire or a complete system. OSRAM, for example, offers a line of sensing technologies including ambient-light sensing (SFH 5711) that pair with LED technology for controlling the systems independently. However, when customers are looking to add a wireless module or advanced intelligence to the streetlight, OSRAM will work with third parties and make referrals to help them with the non-LED portion of the design.

One of the key challenges for designers of LED streetlights is looking at trade-offs between cost and performance. However, they also need to keep in mind the key reason why cities are moving to LED lighting – energy savings, which means efficiency and system efficacy must be top considerations in the selection of the LED. Other important factors are the selection of the optics and LED driver, which contribute to system efficiency and reliability, in combination with architectural design and form factor.

For more information on the parts discussed in this article use the links provided to access product pages on the Hotenda website.