Selecting a Thermistor or RTD


Sensors used to measure temperature can include thermocouples, resistive temperature devices (RTDs and thermistors), infrared radiators, bimetallic devices, liquid expansion devices, and others. Over the past few years, impressive and widespread improvements in accuracy, interchangeability, and stability have prompted increased thermistor use across many applications and that will be the focus of this article.

These thermally sensitive resistors (hence their name, a contraction of "thermal" and "resistor") feature a large and predictable change in electrical resistance when subjected to a change in temperature. The larger the thermistor, and the higher its resistance value, the more power it dissipates. Thermistors are highly sensitive and have very reproducible resistance vs. temperature properties.

While these devices are inexpensive to purchase, the real savings comes with the fact that they do not require installation calibration or recalibration during the sensor’s life. Instead, they are aged before leaving the manufacturer so that drift is minimized, and while these sensors generally respond rapidly to slight temperature variations, the reaction time of probe-type thermistors is material-dependent.

While the NTC variety is manufactured from the oxide of manganese, cobalt, copper, and nickel, it operates over a range of –200°C to 1,000°C. Thermistors can be bought in glass bead, disc, chips, and probe options. Used extensively in such applications as temperature measurement and control, temperature compensation, surge suppression, and fluid flow measurement, they should be selected when a continuous change of resistance is necessary spanning a wide temperature range. They offer high stability and a high degree of sensitivity.

The NTC thermistor has three modes of operation: Resistance over temperature is the most widely used mode, as the thermistor performs precision temperature measurement, control, and compensation functions. There is no self-heating in this mode. Resistance across the sensor is high. Thermistor housing varies to meet hermetic seal and ruggedness requirements.

A current-over-time approach depends on an element’s heat capacity as well as the dissipation constant of the package. As a package self-heats, as a result of continuous current applied to a thermistor, the resistance of the thermistor will lessen. This option can slow down the effects of a high-voltage spike, and a time delay from the thermistor prevents false relay triggering. The time response in this case is very fast compared with other types of temperature sensors. While RTDs are just as fast, they lack the high-level output potential.

Finally, in comparison, the voltage-over-current mode uses one or multiple small thermistors in a self-heated condition. Flow meters are a typical application for this mode, whereby the thermistor is in an ambient self-heated condition, and its resistance is changed by the heat-generated power dissipated by the element. Gas or liquid going over the device changes this power dissipation.

The NTC thermistor probe assemblies from U.S. Sensor (Figure 1) are used extensively in HVAC applications, consumer appliances, medical electronics, food preparation, computer, and industrial electronics applications. Many probes are capable of operating from –55oC to 300oC under the most severe environmental conditions. Temperature accuracies to ±0.1oC and thermal response times as fast as 0.25s are available. The protective housings are constructed using various materials including stainless steel, copper, brass, epoxy and vinyl. A wide assortment of lead wire and termination configurations are available as well. 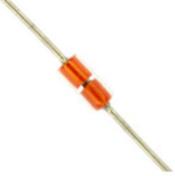 
Another NTC device, the Honeywell ES120 Series (Figure 2) is an enclosed immersion-type brass thermistor featuring a rugged design, brass encapsulation, and plastic overmold for use with a wide operating temperature range. The overmolded, hexagonal shape provides for easy installation, and the all-plastic design reduces heat loss through the sensor. This thermistor is used in liquid temperature sensing, engine management systems, and industrial applications. 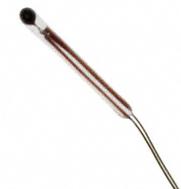 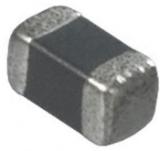 Figure 4: The Murata NTC Thermistor for temperature sensor and compensation.

Resistive temperature-sensing devices (RTDs) rely only on a resistance change in metal so that resistance rises linearly with temperature rise. These positive temperature coefficient (PTC) sensors typically are made of platinum and nickel, and the most popular is a 100 or 1,000 Ω RTD or platinum resistance thermometer that has a temperature range from –200°C to 800°C. Based on their low resistance, they deliver a small change in resistance per unit of temperature change. There is a potential effect of the lead wire that connects the RTD to an instrument that must be considered. Both two- and three-wire RTDs are available, with the latter more common. Often used in industrial applications, they offer excellent long-term stability.

PTC thermistors are “switching” types, as their resistance rises very suddenly at certain critical temperatures, and they are therefore used when a drastic change in resistance is necessary, but at specific temperature or current levels. They are used as current-limiting devices for circuit protection, and as a replacement for fuses. As a solid-state fuse, PTC thermistors protect against excess current levels ranging from several milliamperes to several amperes, and continuous voltages up to 600 V in power supplies for a wide range of electrical equipment. They can also be used as a liquid-level sensor, and as timers in the degaussing coil circuit of CRT displays and televisions.

The Vishay platinum SMD flat-chip temperature sensor is another example of an RTD (Figure 5). The device is used for temperature control of electronics operating under varying environmental conditions such as in automotive, aviation, and industrial applications. A highly controlled thin-film manufacturing process results in stability of temperature characteristics for reliable operation in harsh conditions. Features include standardized characteristics according to IEC 60751, advanced thin-film technology; short reaction times of t0.9 less than or equal to 2s (in air), excellent stability of temperature characteristics, and standard SMD sizes. The sensor supports lead-free soldering, and is RoHS-compliant.


Which one to use: NTC or RTD?

To select the best sensor for the job between RTDs and NTCs, the key to comparing the two are how they are specified. Thermistors are specified most often using accuracy, while RTDs are specified based on tolerance. Accuracy refers to temperature and tolerance refers to resistance. A third basis for comparison is interchangeability: the maximum amount of variance in degrees of one sensor is compared with another. Generally speaking, NTC thermistors are best for precision temperature measurement, while RTDs are best suited to temperature compensation.

For more information (specs, datasheets, and packaging) use the links provided to go to product pages on the Hotenda website.