The RoHS Recast has raised questions regarding the effects on supply chain. Get detailed information on what falls under the scope of the revision. 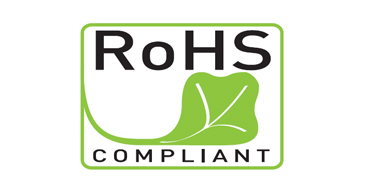 Most electronics OEMs understand that they must meet new requirements of RoHS Recast, an update of the European Union's (EU) Restriction on the Use of Certain Hazardous Substances (RoHS) Directive. RoHS, which went into effect in 2006, was revised last year, and there is some confusion in the electronics industry over several key points of the law.

Design Chain Associates (DCA) recently addressed some of the most frequently asked questions about changes to the law which restricts the use of lead, mercury, cadmium, hexavalent chromium, polybrominated diphenyl ether, and polybrominated biphenyl in electronics equipment.

While no new substances were added to the list, the revised RoHS made changes in the scope of the law. Revisions to the law also impact CE marking, exemptions, data collection, and risk management.

Similarly, components are not in scope under RoHS, but they do become impacted by it based on the finished product application.

Also, evaluation boards, reference designs and kits used by engineers to evaluate semiconductor chips are not in scope with the directive. User guides are also not under the scope of the law. However, pouches and carrying cases used with the equipment have to comply with RoHS, Stanvick said.

Questions have been raised around the connection between the EU's Registration, Evaluation, Authorization, and Restriction of Chemical substances (REACH) regulation and RoHS Recast. Stanvick noted that there is an effort to make sure they complement each other.

An example cited is the precautionary principle in which four substances have been identified as substances of very high concern (SVHC) under REACH. Although no new substances have been banned under revised RoHs, the four SVHCs will likely be the first ones evaluated under the RoHS Recast as possible additions to the list of banned substances, according to Stanvick.

The SVHC substances include:

However, there is nothing in the RoHS Directive that states a finished product must be compliant to REACH.

Only one CE mark needed 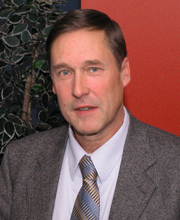 Medical devices and industrial monitoring will come into the scope of RoHS in 2014, said Ken Stanvick, senior vice president of Design Chain Associates.The recast also includes a CE mark requirement. This provides a formal set of requirements for manufacturers to demonstrate RoHS compliance, making the CE mark universally accepted across the European Union. Currently, there is a mix of different marks created in the industry, ranging from special symbols to logos to signify RoHS compliance, which will no longer be sufficient.

"This will always be an issue," said Stanvick. "There is no ideal answer. There have been many methods used including different part numbers, special symbols, and date codes to identify compliance status with mixed results."

This does not mean more than one CE mark is required on a product. Having one is sufficient, said Stanvick. If a product already has a CE mark to indicate that it is compliant under another directive, such as the Machinery Directive or the Low Voltage Directive, product manufacturers do not need to add one for RoHS. Instead, manufacturers will be required to update the declaration of conformity (DoC) and technical documentation to reflect RoHS compliance.

In addition, CE marking does not pertain to components, only finished product, which includes both consumer and commercial goods.

Exemptions now have time limits by category type and companies must submit renewal applications 18 months before the exemption expires. Under the RoHS Recast, in general, exemptions for Categories 1-7, 10, and 11 are valid for up to five years, and up to seven years for Categories 8 and 9.

There is no restriction on who can ask for exemptions. Just about any organization can request an exemption including product manufacturers, authorized manufacturer representatives, industry associations, NGOs, consultants, and lobbyists.

One question that continues to be asked pertains to the lead (Pb) exemption in ceramic capacitors. The exemption for lead in the dielectric ceramic in capacitors for a rated voltage of less than 125 Vac or 250 Vdc expires on January 1, 2013. After that date, those capacitors may be used in spare parts for EEE placed on the market before January 1, 2013, explained Stanvick.

He said "almost without exception, the manufacturers of ceramic capacitors have already reformulated their products to comply."

Stanvick recommends companies ask for full materials composition disclosure and keep it current as a way to prove RoHS compliance and to manage any changes. He said the following must be included in a technical documentation file for RoHS:

Manufacturers have to demonstrate that the product is designed to be compliant by documenting disclosure and content information, and that they have a quality system in place to maintain the quality or performance of that product relative to the RoHS Directive, said Stanvick.

Some companies are asking if ISO 9001 is an approved way to show compliance. The directive only expects that a manufacturer has a quality system in place, but does not require any specific system.

Stanvick noted that if a manufacturer or supplier only provides a certificate of compliance (C of C) for their RoHS-compliant product, supply chain professionals need to review the risks and options. They should ask whether the supplier is a “single source” and if the supplier has a plan to provide additional information.

Should a company test incoming parts with an XRF analyzer? Stanvick does not recommend testing incoming parts, whether with an XRF analyzer or sending it out to a third-party test lab. "It's about process control, knowing who you're buying from, having good controls in place with a particular supplier, and having good documentation trails," he said. "Testing is costly."

To manage risk, Stanvick recommends developing a formal specification, documenting what is required to substantiate a claim of RoHS compliance by suppliers. He also said to make sure that compliance to this specification is referenced in the purchasing agreement and enforced.

A third recommendation is to organize suppliers and their products according to their level of risk and take appropriate action to validate their data or replace them.

Tier 1 suppliers are low risk, so manufacturers can accept information as provided by the supplier. For Tier 2, or medium risk suppliers, Stanvick recommends that the information be reviewed and approved by the compliance engineer. Internal audit results may be required or requested.

For Tier 3, or high-risk suppliers, information must be certified by a test lab or independent third-party auditor. "Have a plan to remove that supplier from your process," Stanvick added.

Although there are not any rules in place in terms of how all documentation must be delivered or stored, Stanvick said it is reasonable to assume that storing it electronically is appropriate due to the volume of data. The DoC and the technical file must be kept on file for ten years and available to the national enforcement authorities.