Robot Sensing for Challenges and Chores

This article discusses autonomous robots and navigation sensors from Vishay, Omron, and Sharp , that are designed for home use, vacuums and lawn mowers.


Although many of the gadgets visualized in popular science fiction shows have since become reality, such as mobile communications, unmanned vehicles, and cloning, there is a curious absence of robotic assistants around today’s homes and offices. Surely many homeowners would jump at the chance to offload repetitive chores to a willing automaton.

Plenty of applications for domestic robots can be suggested, but market-ready products have been slow to come forward. The reasons for this may be that customer requirements have not been adequately defined, or that an acceptable balance between affordability and functionality has not been achieved. This is beginning to change, as the price of processing power continues to fall. Moreover, as small, low-cost computer boards such as the CircuitCo Beagle Board or the Arduino boards have become widely available, robot maker communities all over the world are able to draw in larger numbers of fertile minds, thereby creating conditions that could produce suitable platforms that will make commercial sense in consumer markets.

In fact, the first autonomous robots for the home have already arrived: at a price. Chores such as vacuuming floors and cutting grass can now be handed to machines capable of navigating their way throughout a room or lawn to clean or cut the entire area. A small robotic vacuum cleaner can now be bought for around $200, while robotic lawnmowers are newer arrivals in the market and priced at around $1200 or lower.

Hobby Robots Showing the Way Ahead

Robot kits for hobby builders are commercially available, such as the Parallax ActivityBot (Figure 1), and the guidance techniques needed to enable a robot to do chores such as vacuuming or mowing are well developed and understood. These have been honed in robot design competitions such as the annual Nagoya International Micro Robot Maze Contest (MAZE), which has been running since 1991. 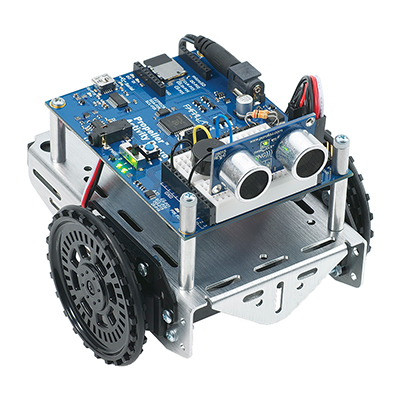 Figure 1: ActivityBot is a basic educational robot with various technologies onboard including power electronics, processing and sensing.

The robot can detect the line to follow using an array of infrared sensors that shine infrared (or visible light) onto the floor and monitor the reflection. An infrared reflective optical sensor such as the Vishay TCND5000 may be used. Arranging the sensors inline across the chassis of the robot can allow accurate detection of left, right or dead-center position by using straightforward logic, for example by assuming that light reflected from the white floor produces a high sensor output while less light is reflected from the dark line resulting in a low output. A T-junction in the line maze can be detected when the outputs change so that all sensors indicate seeing black simultaneously. Similarly, a left or right turn can be detected if the left-side sensors indicate black while the right-side indicates white, or vice versa. All sensors detecting white indicates a dead end. Assuming the chassis has independently driven wheels, the relative speeds of the left- and right-side motors can be adjusted in response to the detected pattern, to make the robot move in the desired direction: ahead, left, right, or U-turn.

Although maze contests have helped to accelerate the development of robot motion control, simple line following is not suitable for a commercial device such as a vacuum cleaner or mower. A different location-sensing strategy is required.

From Challenges to Chores

One well-established range of robotic vacuum cleaners uses optical interruption to detect events such as reaching a wall or the top of a flight of steps, or to detect when the unit has been picked up and so should turn off. Optical sensors are mounted in a sensor bar at the front edge of the machine. These sensors may incorporate a discrete emitter and detector, or may be an integrated type such as the Omron EE-SX-3070 photomicrosensor, which comprises an emitter and photo-detector element with built-in amplifier and temperature compensation. The sensor bar has a molded bumper that incorporates a beam blocker, which moves between the emitter and detector to interrupt the beam as the bumper deflects on contact with a wall. As far as the EE-SX-3070 is concerned, its output is ON when the photo-detector is dark. An alternative part, the EE-SX-4070 provides an ON output when the detector is illuminated. The robot controller can use the resulting signal as an indication that the edge of the room has been reached, and can instruct the driven wheels to change direction.

A similar optical sensor or a microswitch can be used to detect when the machine has been picked up, by activating when the wheels descend in their housings as the machine is lifted off the floor.

For stair detection, the proximity of the floor is sensed by measuring optical reflection. A sensor such as the Vishay TCND5000 reflective optical sensor is suitable. The TCND5000 is a 6 mm x 4.3 mm surface-mount device that incorporates an infrared emitter mounted next to a photo-detector in a package that excludes visible light. It can detect proximity within the range of 2 mm to 25 mm.

In the robot vacuum application, this type of sensor is mounted in a downward-facing orientation in the sensor bar at the edge of the machine, and signals that a stair has been reached when the reflected signal becomes suddenly weaker or is no longer detected.

More sophisticated non-contact wall sensing can be achieved using infrared or ultrasonic distance measurement. An infrared-based distance-measuring sensor such as the Sharp GP2Y0A51SK0F generates an analog voltage proportional to the strength of the infrared signal reflected onto the built-in detector. Capable of measuring distances of 2 cm to 15 cm, the sensor minimizes the effect of reflectivity of the detected surface on measurement accuracy by using a triangulation method to calculate the distance. The infrared emitter, detector and signal-processing circuitry are all integrated within the 27.0 mm × 10.8 mm × 12.0 mm package (Figure 2). The sensor provides a fast start-up, generating its first stable output measurement within 5.0 ms. The typical difference in output, between the voltage corresponding to 15 cm and that corresponding to 2 cm, is 1.65 V. 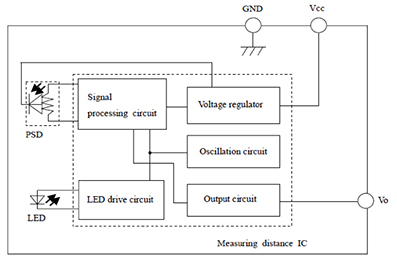 Figure 2: The Sharp GP2Y0A51SK0F integrates the circuitry needed to generate an analog output voltage proportional to the distance measured.

Among other non-contact sensing techniques suitable for robot guidance, distance measurement using ultrasonic sensing has been proposed. A proximity-sensing module such as the Parallax PING)))™ 28015 ultrasonic distance sensor emits an ultrasonic “chirp” and generates an output pulse that is terminated when the echo is received. The duration of this pulse indicates the distance to the nearest reflecting surface (Figure 3). Placing several ultrasonic sensing modules at the front, rear and sides of the enclosure allows the robot to detect its position relative to obstacles, without the risk of damage either to the equipment or to home decorations or furniture.

Just as a maze-solving robot “learns” the maze it is following, robot vacuum cleaners are able to map the floor space they are required to clean. By mapping, the robot is able to return to its docking station, for example when sensors on the dust collector signal that it must be emptied, or when the battery state-of-charge sensor indicates that recharging is needed. When ready to resume operation, the robot can return to its last working location in order to continue.

Robot lawn mowers must contend with a different set of operating conditions. A convenient wall or other reflective surface is usually not available to indicate the limits of the working area. Instead, a wire is buried or pegged around the perimeter of the lawn. A driving circuit transmits a signal on the boundary wire, which may be RF or an audio tone, and sensors such as radio receivers, microphones or inductive sensors mounted on the mower can detect when the unit has reached the perimeter. It is common for the mower to move randomly within the wire-fenced area to cut any grass longer than the pre-selected length of cut. Safety cut-offs are critical in this type of application, including proximity sensors to avoid collisions and sensors to detect when the unit has been picked up or may have become inverted accidentally. More sophisticated mowers may also include temperature and rain sensors, which enable the mower to detect automatically when weather conditions are not suitable for mowing.

As affordable robots begin to emerge for consumer applications, the next frontier for development could be airborne robots. Parallax Inc., which supplies educational kits in addition to its ranges of semiconductors and components, has a number of flying robotic kits on the market, and is promoting an Unmanned Aerial Systems (UAS) Educational Program. This aims to grow expertise in multiple disciplines such as software design, motor control, electronic design including GPS and use of accelerometers and gyroscopes, and wider issues such as responsible flying. Potential applications could include rescue assistance for emergency services, or consumer applications such as toys, novel garden lighting, or aerial photography.

The walking, talking robotic personal assistant may remain a sci-fi fantasy, or the subject of expensive research projects, for some time yet. However, the age of the domestic robot has already begun, enabled by technologies such as high-performance processors and sensors that are mature, reliable and affordable.
Supplier
Product Type
Industry
Function