The choices in designing control and data links for UAVs including security needs, anti-jamming, and a certain level of autonomy when something goes wrong.


Unmanned Aerial Vehicles (UAVs), commonly known as drones, are not new. Hobbyists have been designing and building very impressive remote-control planes, helicopters, and even flying inflatable sharks for quite some time. The concept of drones dates back to the mid-1800s, when Austrians sent off unmanned, bomb-filled balloons as a way to attack Venice. Initial development of what became today’s drones started in the early 1900s, and they were used for target practice to train military personnel during World War I.

Military requirements have driven UAV capabilities to new heights and commercial interests are looking hard at how they can leverage drone technology. Already, Amazon has been experimenting with same-day delivery drones that use GPS to navigate to your location to make an automated delivery. Law enforcement and civic authorities have also demonstrated how effective UAVs can be at tasks like search and rescue and border patrol.

This article looks at some choices we have when designing control and data links for UAVs. It examines the evolved and sophisticated R/C units that blazed the path, and the additions needed for security, anti-jamming, and a certain level of autonomy when something goes wrong. All parts, data sheets, tutorials, and development systems referenced here can be found online at Hotenda’s website.

From toys to tools

We have all had some exposure to radio-controlled toys, such as little electric cars. A small steering wheel lets you position the wheels and a rudimentary throttle makes it go. A polarity switch allows you to reverse directions. While fun for hobby and play, even this simple functionality has proven useful as an expendable scout or a surveillance system that precedes entry of military or law enforcement personnel.

Initially, radio-controlled cars, helicopters, planes, and toys, for the most part, used either 27 MHz or 49 MHz frequencies. The FCC granted these frequencies for basic consumer items, such as toys, garage door openers, walkie-talkies, and more. Higher frequencies of 50 and 53 MHz can be used if the operator is a licensed Ham Radio Operator with greater allowed output power levels. Additionally, the 72 MHz and 75 MHz bands can be used for more advanced communications links with additional channels (Table 1).

Different countries and regions of the world allow different frequencies and power levels1 and determine which are off limits. The military can use any power level in any band they want during crisis situations. The transmitter output power is sometimes dictated in watts, but is more accurately represented by effective radiated power measurements 2.

Modulation techniques can determine interoperability. For example, in the 27 MHz and 49 MHz bands, only one 27 MHz unit can be operated in close proximity to another. The same with 49 MHz. Cross-talk causes interference on each unit.

The number of channels is also a limiting factor. Typically, six channels are used for a simple toy. These are forward, reverse, forward-left, forward-right, back-left, and back-right. As you can see, toys are not very precise, which is why it takes some developed skill to fly R/C planes and helicopters.

In addition, radio-controlled toys use a time-aligned pulse-code format (Figure 1). Here a timeslot is assigned for each channel. If a logic one is present in a bit’s location, it is active and turned on. Likewise, if there is no bit at that point in time, it is turned off. Analog levels can be expressed this way by varying the pulse width. A lack of pulse could be full off, while a full duty cycle can indicate full on. Levels in between correspond to duty cycles of the pulse.

Figure 1: Standard pulse-code-modulated techniques for radio control allow multiple channels to be controlled by the existence or absence of a pulse in the time slot associated for that channel. Pulse widths can be used to represent analog levels.

The higher frequency bands do not propagate as far as do lower frequency signals, but, there are more available channels using the higher frequency bands. This means that interoperability is feasible and somewhat reliable when, say, a dozen drones are all using the 2.4 GHz band, thanks to spread-spectrum technology (which also allows higher transmit power levels compared to narrow-band AM and FM). This can help overcome distance issues for long-range drones.

Lower frequencies have better penetration of surfaces, however, so for non-aerial remote control lower frequencies may be desirable. For example, a camera rover drone may be used inside a building to find criminals and hostages. Interference from walls and cubicles, even for a 2.4 GHz wireless network array, may make parts like the Silicon Labs EZRADIO Series useful. Parts like the 315-915 MHz Silicon Labs SI4313-B1-FM or the 240-960 MHz SI4330-B1-FM provide fairly good data rates up to 128 Kbits/sec. While not high-definition, real-time video capable; control, telemetry, data gathering, and sensor interfaces are perfect applications for these rates.

A good signal sensitivity of -118 dBm means that even weak signals will be usable and designers have a choice of modulation techniques they can choose from, including FSK, GFSK, and OOK modulation. A particularly nice feature is the programmable bandwidths which range from 2.6 KHz to 620 KHz. This allows designers to choose channel widths and spacings, which can allow more channels (interoperability) and narrow bands for lesser tasks (like throttle or steering, which typically happen at low-data rates).

A low-power 10 nA shutdown current is good for inactive periods, and a built-in RSSI can even be sent back to a control point to dynamically adjust transmit power as needed. Another nice feature is that the small (4 mm x 4 mm) 20-pin parts have frequency-hopping capabilities and mixed-signal capabilities along with a built-in low-battery detector and temperature sensor. Even smaller in size is the 315 MHz – 917 MHz Silicon Labs SI4356-B1A-FM in a 3 mm x 3 mm-sized package.

Silicon Labs also provides a solar-energy-harvesting development kit, the ENERGY-HARVEST-RD that demonstrates how these low-power (12 mA) receiver links can extract enough energy to keep the command channel alive while its independent power source is recharging.

These days anyone can make a rather sophisticated UAV using Commercial Off-The-Shelf Technologies (COTS). The remote-control links, available for hobby and industry, have advanced to the point of delivering clean performance, remote-sensing capabilities, and even streamed video and audio. Modern components are making these subsystems smaller and smaller. The average citizen today can have a little spy drone patrolling their house if they choose to. Even pocket drones have been created.

Higher-frequency radios allow wider bandwidths. The 2.4 GHz frequency has 1 MHz-wide channels allowing much higher data rates than the 49 MHz band that only has 15 KHz-wide channels. This allows shorter bursts of data or control, and allows interoperability with live streaming audio and video.

Miniaturization is key in today’s drones. Simple low-frequency radio-control links can be very small and light since they can be implemented using only a few transistors. In contrast, sophisticated spread-spectrum radios are microcontroller based and carry with them all the support circuitry and power requirements of a complex digital radio. The higher-frequency operation, however, allows smaller RF discretes, such as inductors, impedance-matching components and antennas.

The 2.4 GHz band has also been adopted by most radio-control enthusiasts and more aptly, the drone makers. Yes, you can buy relatively sophisticated radio-controlled drones now and they use 2.4 GHz radios. This means that the multitude of single-chip receivers, transmitters, and transceivers can all be fair game when planning your own designs.

Several 2.4 GHz solutions are readily available as well but may be band limiting. For example, heavily trafficked Wi-Fi, ZigBee, Bluetooth, and even Bluetooth low-energy areas may limit signal reliability, as well as limit transmit power levels to achieve maximum distances, especially if someone is using active jamming. All critical data must be acknowledged and the established protocols with ack/nack can assure error-free delivery of packets when conditions permit. Also, modern 2.4 GHz protocols have higher-bandwidth data rates and can allow audio and video streams independent of control links. For example, a different manufacturer’s audio and video links can be streaming concurrently with control and status information on different channels.

A key point is that the availability of Wi-Fi tablets, smartphones, laptops, and notebooks can make these bands desirable since a reliable and low-cost control platform is readily available on most smartphones. An app can be your controller. ZigBee remote controls can also be used as low-cost testers.

ZigBee’s mesh-networking capabilities also provide a good solution when heavily trafficked areas are a concern. The arbitration, routing, and messaging delivery system is designed to use other nodes as jumping-off points to find a route to a specific destination.

A good solution here could be the Atmel AT86RF231-ZUR, which is a small 32-pin dedicated transceiver that can be used for 700, 800, 900 MHz and 2.4 GHz designs. Atmel’s ATREB231FE2-EK Reference Design is a good place to start. Keep in mind that as always, RF PCB layouts can be tricky.

It’s good to be king

While governmental agencies and military groups have the luxury of operating in any band they want, using as much power as they want, and using spread-spectrum techniques to stealthily co-exist, non-licensed industries and people do not have the same ability. Instead, we are limited to R/C bands and ISM bands. Others can be used via licensing.

When it was announced that 30,000 drones are in use over the continental U.S., even though many were surprised, we can expect this number to rapidly grow, especially as law enforcement adopts this technology (Figure 2). 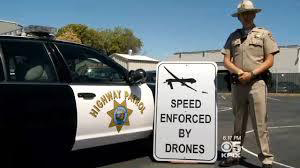 Figure 2: Civil authorities and especially law enforcement, border patrol, and the DEA have been using drones in the continental U.S. for quite some time now.

For serious tasks, satellites still offer the best choice for coverage when large areas are targeted. While expensive to operate, a satellite link may be the only way to get a line of sight and get signals through.

Another factor to keep in mind is that a certain level of autonomy should be programmed in. If you lose control for a short period of time, the drone should go into a safe mode. Related to this is the use of GPS modules to allow your drone to limp home if all else fails.

Drones are a fact of life, and those that can use this technology will. We are entering the first stages of a personal drone market in which legitimate private and commercial use, as well as law enforcement and military use, is certain to accelerate.