In most incandescent home lighting systems today, it’s taken for granted that you can install a dimmer that will allow you to control the amount of light coming from a fixture or lamp.


In most incandescent home lighting systems today, it’s taken for granted that you can install a dimmer that will allow you to control the amount of light coming from a fixture or lamp. The TRIAC dimmers widely used for this purpose work by chopping the AC waveform so that only a portion of it ends up being sent to the light (Figure 1). Effectively, the TRIAC dimmers are reducing the total voltage (Vrms) that the lamp receives, and since the output of an incandescent bulb depends on the voltage supplied to it, its output is diminished. 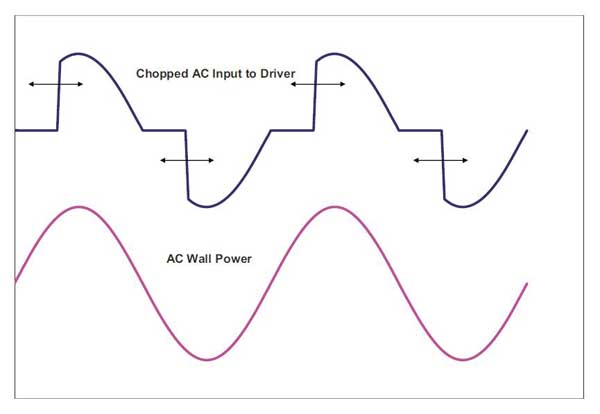 Figure 1: The output of a TRIAC dimmer (top) is obtained by chopping out portions of the AC line voltage (bottom) to reduce the voltage delivered to the light fixture. The amount of chopping done is referred to as the conduction angle and is specified in degrees of the half sign wave. (Source: V-Infinity, a division of CUI)

The amount of chopping done is referred to in terms of the conduction angle. If no chopping is done, the angle is 180°; if the waveform is completely eliminated, the angle is 0 degrees. Dimming typically takes place in a range between approximately 20 degrees and 160 degrees.

A number of LED drivers being introduced today solve this problem. For instance, CUI’s V-Infinity division produces the VLED Series dimmable AC-DC LED drivers, CUI's VLED Series, which physically resemble ballasts used for fluorescent lighting. With the VLED 15, for example, the driver sits between the AC power line and the LED and controls the current to the LED based on the level of the input voltage from the line (Figure 2). Its dimming (conduction angle) range typically goes from a minimum output at 30 degrees to maximum at 147 degrees. 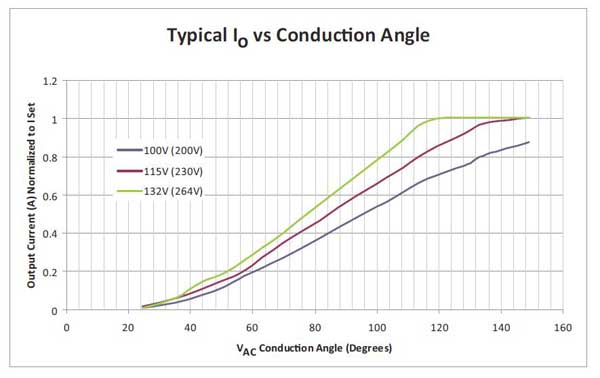 Figure 2: For a given conduction angle, the VLED series from CUI provides a proportional current that will result in the LED emitting the appropriate amount of light. (Source: V-Infinity, a division of CUI.)

Designers of bulbs for retrofit applications must be able to accommodate TRIAC dimming, and build driver capabilities directly into the replacement bulb itself. For those applications, designers turn to ICs that can offer similar functionality to ballast-like drivers. For example, the LT3799 LED controller from Linear Technology, makes special accommodation for dealing with TRIAC dimmers. TRIAC dimmers are not ideal switches. When turned off they allow milliamperes of current to flow through them. This can be an issue for a low-quiescent part such as the LT3799. So instead of turning off its main power MOSFET when the TRIAC is off, the MOSFET is kept on and sinks the current to properly load the TRIAC.

The CY8CLEDAC02 AC-DC controller for dimmable LED Lighting from Cypress Semiconductor, uses proprietary digital control technology to provide automatic detection of dimmer type – leading or trailing edge. The controller automatically generates dimming signals for LED loads and has the ability to dim down to 2 percent. It modulates LED brightness using a linear dimming scheme and switches to a pulse width modulation (PWM) based dimming scheme for output current levels lower than 20 percent of the full load current. In PWM mode, optimized dimming frequencies in the range of 900 Hz result in zero visible flicker.

The BCR450 LED Driver IC from Infineon, makes accommodation for dimming with a dedicated EN pin. The IC can be switched on and off by an external signal, which allows regulation of the brightness of the LEDs by using a pulse-width modulated dimming signal. This driver is available as part of a kit, KIT AF LED 1, so designers can experiment with different types of light-control schemes.

In the past year or more, suppliers have made great strides in dealing with the dimming of LED lighting, such that today, it is virtually impossible to tell the difference between an incandescent lamp and a properly designed and driven LED source when used with a TRIAC dimmer.