Resistor Prices and Leadtimes Are Stable for Now

However, if raw material and transportation costs increase, resistor tags could rise. 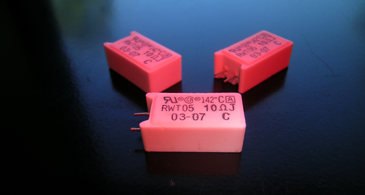 Buyers can expect stable lead times and pricing for fixed resistors in 2012, with the only exception being axial-leaded resistors. Some suppliers increased prices by as much as 25 percent in the first quarter of 2012, primarily due to raw materials increases, transportation costs, and labor costs in China.

Lead times for most standard resistors range between six to eight weeks, and, in some cases, can be as short as four weeks. Most suppliers do not foresee any changes over the next six months that could impact deliveries.

"We expect everything to be status quo in the resistor chip market as far as lead times or supply chain issues, with lead times at about eight weeks or so," said Kory Schroeder, director of marketing, Stackpole Electronics Inc., in Raleigh, N.C.

Even Rohm Semiconductor, which experienced some supply issues in late 2011 as a result of the floods in Thailand, impacting production for several of its component lines including chip resistors and tantalum capacitors, said "things are back to normal."

"We had some issues in the past with our Thailand facilities and that made it tough to get product out through January, but since then we're fairly well caught up," said Travis Moench, senior director of sales and marketing, ROHM Semiconductor, based in San Diego, Calif.

In general, resistor makers also report no major issues with materials supply or pricing. "At present, everything seems to be stable," said Moench. However, if there are changes in the price of oil, component costs could be impacted because of the higher cost of transportation. Increases in prices of raw materials such as bauxite, copper, and palladium could also lead to higher prices for resistors.

Schroeder noted that there have been recent price increases for bauxite, an ingredient in alumina substrates for chip resistors, due to limited supply and increased demand issues from other industries. This could put price pressure on chip resistors. 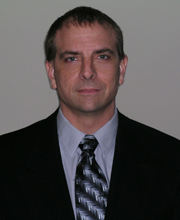 "We expect everything to be status quo in the resistor chip market as far as leadtimes or supply chain issues, with leadtimes at about eight weeks or so," said Kory Schroeder, director of marketing at Stackpole Electronics.Schroeder thinks the supply issues, in terms of what is needed for substrates, have subsided, and he is not seeing the spikes in pricing that were seen previously.

"If we do see another shortage where there is a significant price increase, then, yes, I definitely would expect to see a price increase in chip resistors," said Schroeder. "There simply isn’t anywhere you can cut cost on a standard chip resistor because it is already such a low-margin product."

The cost of copper has impacted the price of axial-leaded resistor products. Although copper is not as big a problem as 18 months ago, it is still higher than it had been for many years, according to Schroeder.

"Price increases on axial-leaded resistors were due to increased raw material costs, increased labor costs in China, and increased logistics costs (due to gas price increases)," said Schroeder. "Material costs were largely driven by copper, but also other metals and packaging materials. Increases depend on the type of product."

Pricing for "lower average-selling price (ASP) products like carbon-film resistors, where material and freight costs are a significant percentage of the total costs, increased up to 25 percent," Schroeder noted. "Other products such as metal film, metal oxide, and wirewounds had much more modest increases."

Stackpole has implemented most of its price increases for axial-leaded product in the first quarter of 2012, although some of those price hikes won't go into effect until the second quarter. "Hopefully, nothing else will cause any material pricing hiccups for us," Schroeder added.

The good news is that pricing for ruthenium is on a downward trend and has returned to 2009 levels, said Deng.

Panasonic implemented price hikes for standard chip resistors and resistor arrays in 2010, and is not planning for additional price hikes at this time, according to Deng. 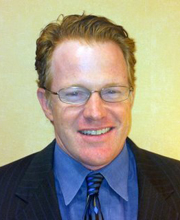 "We had some issues in the past with our Thailand facilities and that made it tough to get product out through January, but since then we're fairly well caught up," said Travis Moench, senior director of sales and marketing, Rohm Semiconductor.The big market drivers for resistors continue to be mobile devices, particularly smart phones and tablets. Automotive is also strong with some new requirements from hybrid electric vehicle (HEV) and EV applications, which require more high reliability requirements, Moench added.

Deng also expects increased demand for resistors from the smart-phone and automotive markets. He said that LCD panel stock level is returning to normal, so demand in the second quarter for the PC market will increase.

Applications that require more specialty devices such as lighting and smart meters are also starting to pick up, said Moench. There is also strong demand for home appliance applications in China and South America, he added.

"Everybody is cautiously optimistic," Schroeder noted. "The first quarter for us is going to be good and the second quarter is filling in nicely."

One of the challenges facing the resistor industry is shrinking package sizes. Rohm recently claimed the industry's smallest chip resistor, packaged in a 03015 (0.3 mm x 0.15 mm) case size, aimed at the smartphone market. The newly minted package is about 44 percent smaller than the popular 0402 case size. Rated power is 0.020 watts. The device will be available in volume production this year.

A key issue for buyers is the higher cost of resistors in small case sizes including the 0201 and 01005.

There is a definite price premium for smaller case sizes, said Schroeder. "Everybody assumes as you go smaller, you use less materials so the pricing will get better. The 0201 has a significant price premium because it's so difficult to manufacture and it will more of a problem with 01005."

For the typical customer, the pricing for the 0201 would be around four to five times more expensive, depending on tolerance and resistance value, but the price gap is narrowing, said Schroeder.

eng agreed that there is a significant price premium for 01005 packaged devices. Despite the challenges, including higher pricing and difficulty with customer assembly, he said there is increased demand for 01005 devices especially from smart-phone customers.