Residential lighting is dominated by the use of standard incandescent lighting fixtures and standard on/off switch controls.

Residential lighting is dominated by the use of standard incandescent lighting fixtures and standard on/off switch controls. The major advancement is in the area of dimming control and timers to allow for more energy efficient use of the lighting fixtures. The fixtures themselves are single-function devices, so the light modules – whether incandescent light bulbs, CFLs, or LEDs – have to add compatibility with external controls for the fixtures.

These external controls are now being brought up to date and are becoming smart controls which include logic ICs and communications systems. They not only tailor the lighting, but also provide information on the status and power usage, and provide remote control access to the lighting. Some of these systems are based on simple sensor functions with logic control to the communication interface; others may be more sophisticated and use full microcontroller solutions.

The dominant function in the home is to turn the lights on or off. This has been done with manual switches for nearly a century. Controlling the on/off function of a light from a distance is gaining in popularity. One of the most well-known methods is the often parodied “clapper”. This device is actually a simple sonic control module that triggers on a sound (in this case, a clap), and then turns the electronic circuit on or off. This sort of control can be used with both electronic and relay-based controls.

Today, many homes use motion sensors to control the lights. Mandated by regulation in many states, these devices ensure that the lights are turned off when there are no occupants in the room, such as the bathroom. These sensors are typically based on some sort of IR transmitter and receiver pair with a wide angle lens arrangement. The sensor system triggers a simple timer that keeps the light on for a specific period of time. In the event that there is a person still in the room, the timer is restarted. Typically, the IR sensor set is polled one to three times per minute when on, and multiple times per second (one to two times per second) when the timer is not running. This technology is also being found in new “in the area of” and “touch-free” applications in the area of a sink and for water control.

The on-off control function has recently been extended to new forms of remote control. The simple switch is now bundled with an RF interface such as ZigBee®, Z-Wave®, or Wi-Fi, to allow for the on/off function to be managed from a distance. Most home automation systems use a centralized control console that has a wireless connection to the lights and outlets in the network. The RF uses either a mesh network or a traditional point-to-point network to connect to the console. These RF subsystems are integrated into the lighting control outlets or are part of the subsystem for the console.

Typically, the RF subsystem comes in the form of a custom chip that is integrated into the design. An example is Skyworks Solutions’ SKY56337 front end module, which has the power amplifier, mixer and transformers necessary for bi-directional communication on ZigBee or other 2.4 GHz bands. The block diagram for the module is in Figure 1.

The ZigBee system is an IEEE protocol (IEEE 802.15.4) initialized in 2003 for WPAN connections. As mesh networks and how to configure them may be new to some designers, getting a background on the system is helpful. The Hotenda site has a ZigBee Product Training Module provided by Freescale Semiconductors. The PTM covers the basic architecture and scaling solutions, transceivers and integrated processors, as well as software options for the ZigBee compliant solutions.

Some new designs have shifted away from RF and the issues of antenna placement and coverage in favor of power line networks that work directly with the power wiring in the home. These designs are easily implemented using technology and parts such as Maxim’s MAX2990 OFDM-based power line communication modem. A typical application (see Figure 2) shows how the PHY/MAC can be connected to a FEM and uses the AC power line as the network connection. This means a home central console, once wired to power, can provide IP-based control to multiple objects on the same power system in a home. This is key for residential, including multi-unit buildings, as they share a common power line through a centralized power meter and panel.


One advantage of the IP-based system is the ability to mix networks. The power line network can be connected to a wired, 802.11 wireless, or cellular data network. In this configuration, the devices on the home power line network can be remotely turned on and off or have their status interrogated from any point that can address their IP address such as smart phones, tablets or dedicated control devices.

In addition to on/off functions, most residential applications use both programmable timers and dimmers to control lighting. Timers are a variant of the on/off function which allows for a sequence of state changes based on time. For microprocessor-based systems, there are generally real-time clocks already in the system. For simpler devices, they are generally added as extra components. Complete real-time clocks, like Seiko’s S35390A, can be used to set up systematic schedules for the lights.

Most households know their exterior light pattern, and how it affects the room light. The real-time clocks in the timers (see the sample block diagram for the Seiko S-35390A shown in Figure 3) keep track of the day of the week and can adjust for daylight savings time, as well as leap year. This allows for the programming of morning support light before school and work, and then a shut off of the system. These can also turn the lights back on for evening use with different schedules on weekdays and weekends. The units can also be programmed for automated control during vacations and other absences from the home. The output of the times is a simple on/off control as with the remote switch scenario. 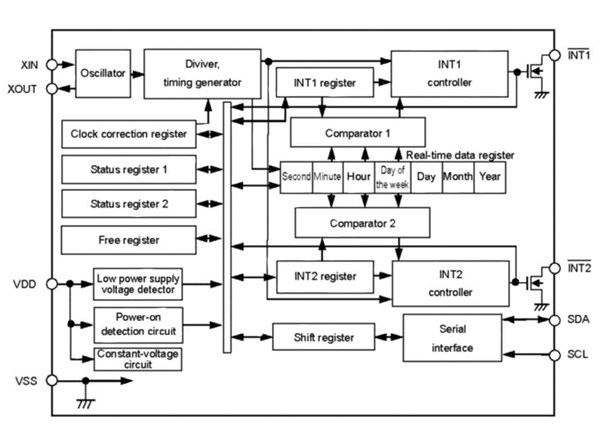 There are several types of dimmer circuits that are available. Incandescent and halogen lighting use a phase-controlled dimmer, while LEDs use a PWM dimmer. The phase-controlled dimmers work by adjusting the AC phase of the power getting to the bulb and shifting it to lower the net power received at the bulb. As a result, the bulb is not as bright, due to the offset. These dimmers are either manually controlled through a slider-style control, or remotely managed via a purely digital input. These circuits have their own internal PLLs to help manage the phase offset.

The majority of new lighting is either fluorescent or LED-based. These systems utilize digital control for the lighting, so if they support dimming functions, it is a PWM dimmer. The PWM function is a standard part of the drive circuit. Most of the drivers have a fixed frequency for the PWM operation that is optimized for a particular type of device. An example is Fairchild Semiconductor’s FAN5331 LED driver (see Figure 4). 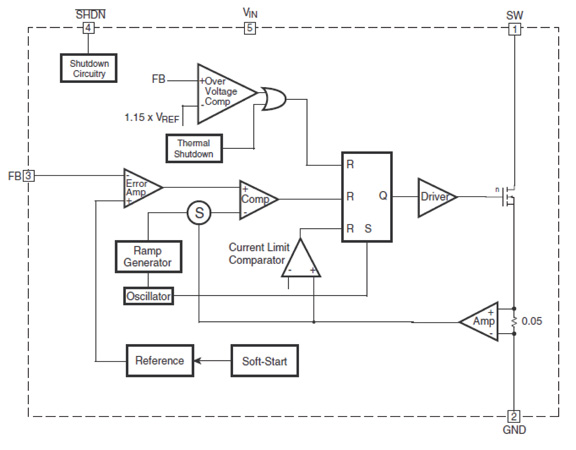 
Variable output products, such as National Semiconductor’s LM3429, support a full range of both analog and digital dimming which is defined by the PWM control. The signals can be issued by any standard microcontroller or microprocessor which allows for local or remote setting of the dimming function. This method supports connected devices similar to the on/off control and is compatible with all the communication protocols.

The final piece of the home automation environment for lighting is the control interface. This has traditionally been light switches with a fixed form factor (the standard wall insert breakout box). The new look of the controller is a touch screen enabled embedded computer system. This system features a fully programmable display, some in color that can even support graphics generation for location of lighting in a floor plan.

With the support of sensors and smart control modules, the new centralized controllers display the status of the lights, can program and adjust timer functions, and can control dimmer functions. Advanced features now being programmed in the large Flash memory-based systems (512 MB to 1 GB) include sequences of control for multiple units. An example of this control is setting the lighting in a home theater and at the same time turning out the lights in adjacent areas, such as hallways. These control systems also need to communicate status to devices in the network. The status updates need to be sent in the form of an email, graphical output, or SMS/text style messaging to remote computers and mobile devices. A new feature is also the collection of information to transmit to smart meters and other home gateway devices that are monitoring the centralized energy use. These features are generally all addressed in software, so the base component set for the systems is pretty independent of the complexity of the variety of the features supported.

The residential lighting space is based on standardized fixtures that feature owner-installed and retrofit external control for these fixtures. The new controls (timers, dimmers, and power controls, in addition to the selection of bulb type) are driving the market. The trend for the primarily logic-based control function is to implement network communication systems as an addition to these controls to allow remote access and status of the system. The external control functions range in scope from single through multiple unit controls and are being driven by the desire to use mobile and smart phone devices to allow for graphical management of the lighting solutions.