An optical sensor system typically includes the sensor, a light source, optical fiber, and a measuring device; when a phase change occurs, the sensor acts as a photoelectric trigger.


An optical sensor system typically includes the sensor, a light source, optical fiber, and a measuring device; when a phase change occurs, the sensor acts as a photoelectric trigger. Used for process control, medical diagnostics, imaging, and remote sensing applications, optical sensors are experiencing rapid advances across a wide range of products, including some notable parts that will be discussed in this article.

Today there are many types of optical sensors, including those based on the use of lasers, imaging systems, and/or optical fibers. Optical sensors provide such important features as electromagnetic immunity, electrical isolation, wide dynamic range, multiplexing capabilities, and are compact and light.

An optical sensing system is a good choice for measuring electric and magnetic fields and electrical current. Optical fiber sensors have an inherently dielectric nature; they provide galvanic isolation of the sensor head from ground potential and are less sensitive to electromagnetic interference. Nearly all electric and magnetic field application optical fiber sensors use fiber attached to some other material where the fiber is used to monitor any changes in that material with application of electric and magnetic fields, rather than measuring changes in the actual physical, optical properties of the light itself (such as intensity, polarization, phase, wavelength, and spectral distribution). This is necessary for electric fields since the glass matrix of the optical fiber precludes a Pockels effect, which produces birefringence (basically double refraction, the decomposition of a ray of light into two rays when it passes through anisotropic materials) in an optical medium induced by a constant or varying electric field.

Let’s now examine some representative optical sensors and the applications they serve.

The sensor is based on the company’s LaserStream technology, which measures changes in position by optically acquiring sequential surface images (frames) and mathematically determining the direction and magnitude of movement. The ADNS-7550 includes the sensor and vertical cavity surface emitting laser (VCSEL) in a single package. In contrast to most oxide-based single-mode VCSELs, this class of VCSEL remains within single mode operation over a wide range of output power, features significantly lower power consumption than an LED, and is used in optical navigation applications.

The solution contains an Image Acquisition System (IAS) that acquires microscopic surface images by way of the lens and illumination system. The images are processed by a digital signal processor (DSP) that calculates the Δx and Δy relative displacement values. A microcontroller translates the data into PS2, USB, or RF signals before sending them to the host PC or game console. 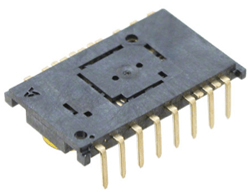 Figure 1: The Avago ADNS-7550 featuring sensor and VCSEL in a single package.


Avago’s LaserStream technology was the world’s first laser-illuminated system for high performance navigation. When used in a mouse application, the mice are able to track on smoother surfaces with greater accuracy than LED-based mice.

In comparison, the Avago ADNS-2700 (Figure 2) is a compact, one-chip USB optical mouse sensor designed for implementation of a non-mechanical tracking engine in computer mice. The sensor is based on optical navigation technology, and contains an image acquisition system (IAS), a digital signal processor (DSP) and USB stream output. In this sensor, the IAS acquires microscopic surface images via the lens and illumination system provided by the trim lens. These images are processed by the DSP to determine the direction and distance of motion. The DSP generates the Δx and Δy relative displacement values which are converted to USB motion data. It is based on optical navigation technology that measures changes in position by optically acquiring sequential surface images (frames) and mathematically determining the direction and magnitude of movement.

The sensor is in an 8 pin optical package that is designed to be used with the ADNS-5100-001 trim lens, an ADNS LED assembly clip and an LED. Together, these parts provide a complete and compact mouse sensor. With no moving parts, precision optical alignment is not required, facilitating high-volume assembly. 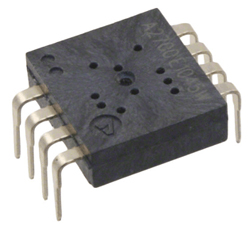 
The output format is USB. This device meets HID Revision 1.11 specification and is compatible with USB Revision 2.0. The frame rate is varied internally to the sensor to achieve tracking and speed performance, eliminating the need for the use of many registers. Default resolution is specified as 1,000 counts per inch, with rates of motion up to 30 in/s. A complete mouse can be built with the addition of a PC board, switches and Z-wheel, plastic case, and cable. Applications include corded optical mice, trackballs, and integrated input devices.

Optical sensors are also used to measure ambient light and to control the brightness of LED-backlighted LCD displays based on ambient light availability and brightness for both energy efficiency and display visibility. One such device is the BH1603FVC analog current output type ambient light sensor IC by ROHM (Figure 3). 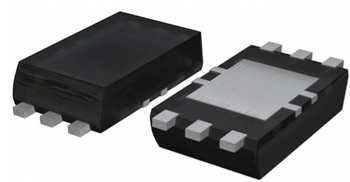 Adjusting the backlight intensity to compensate for variations in ambient light level can save 50 percent or more of the total power required to operate select electronic devices, providing a dramatic improvement in talk time and the ability to extend the device’s feature set. To provide superior performance, backlight brightness control must be done in a uniform way over a wide range of ambient light conditions and light sources.

Distance measuring sensors are extremely important across several applications including energy savings provided by touch-less switches. One unit that provides digital output is the Sharp GP2Y0Di10Z0F (Figure 4) composed of an integrated combination of photo diode, infrared emitting diode, and signal processing circuit. The triangulations provided by the three parts that make up the unit minimize the influence of reflectivity, environmental temperatures, and operating duration on distance detection. The output voltage of the sensor stays high in case an object exists within the specified distance range, enabling the sensor to also be used in proximity sensor applications. 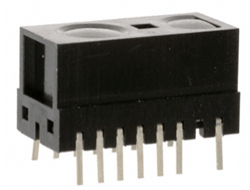 
Features of the RoHS-compliant sensor include digital output, short detecting distance of 100 mm, low-profile package size of 13.6 x 7 x 7.95 mm, 5 mA consumption current, a supply voltage from 27 to 6.2 V, and a tolerance to sunlight.

Optical distance measurement sensors are found in a variety of industrial, commercial, and research applications. They typically work by using a visible or infrared laser beam to project a spot of light onto a target, the surface to which the distance is to be measured. The distance from the spot back to the light-detecting element is then measured by such means as triangulation and modified time-of-flight. Selection criteria for distance-measurement sensors include maximum range, sensitivity, target reflectance and specularity, accuracy and resolution, environmental conditions, and sample rate. What’s next? THz sensors

Recent advances in materials such as micro and nano-structures, new frequency bands including terahertz (THz) radiation, ever-greater networking capabilities, miniaturization, and low-power capabilities are opening up a wealth of applications for optical sensors.

Electromagnetic radiation in the THz frequency domain has unique properties that make it particularly attractive for applications ranging from biomedical imaging, national security and packaged goods inspection to remote sensing and spectroscopy. One unique capability is that THz waves can penetrate a wide variety of non-conducting materials. They can pass through clothing, paper, cardboard, wood, masonry, plastic and ceramics so that packaged objects can be inspected for either size or chemical composition, but they cannot penetrate metal and are strongly attenuated in water.

Semiconductor photoconductivity can also be used to detect the THz pulses in an arrangement called the “Grischkowsky antenna;” a dipole antenna for the THz frequency range is patterned as a transmission line on an insulating semiconductor (typically GaAs). The antenna is gated on and off by a femtosecond laser pulse. Only when the laser pulse generates photo-carriers in the semiconductor does a current flow in the direction of the THz electric field. By scanning the time delay between the narrow gate laser pulse and the THz pulse, the electric field of the THz wave can be measured as a function of time. Also known as “photoconductive antennas,” such detectors have been used for time-domain spectroscopy (TDS).¹