Prices for copper, gold, and oil are mostly steady, which should mean stable to down prices for connectors. 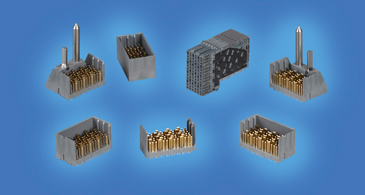 While price increases for connectors are unlikely this year, connector manufacturers say they cannot rule out price hikes if prices for gold, copper, and oil increase.

Because of that possibility, connector suppliers are looking at ways to reduce the materials used in connectors without compromising performance.

Copper, oil, and gold are the three commodities that make up the material cost of a connector, according to Brian Krause, vice president of marketing and communications at Molex Inc., in Lisle, Ill. Copper pricing has been holding steady over the past year and crude oil is holding steady around $90 to $100 a barrel, but gold pricing has steadily increased over the past five years, he added.

"At this point in time, we don't expect any price hikes," said Krause. "But you can't say no because commodity prices for materials have been erratic over the past few years."

"Despite what the materials costs or labor costs are doing, there is always continual pressure from customers to lower prices," noted Sideck. "On average, I think there will be a few percent decrease in pricing, though there will always be certain products where you have some pricing power because demand is very high."

One factor that is affecting pricing this year is softened demand for connectors. "Year-to-date, through May, connector sales are down three percent," said Ron Bishop, president, Bishop & Associates, Inc., in St. Charles, Ill. He forecasts about 3.4 percent sales growth for the global connector industry this year, reaching $50.1 billion in 2012, up from $48.2 billion last year.

Sales in Europe are down 11 percent and down 3.3 percent in China. However, sales are up 1.3 percent in America, 4 percent in Japan, and 2.8 percent in Asia. Most of the connector industry's growth is expected to happen in the fourth quarter, Bishop said.

Bishop added that there will be some price erosion this year. “It's more of a function of softer demand, not raw materials pricing, and companies becoming more aggressive for business," he said.

Raw materials costs are not as big an issue for suppliers as they have been over the past couple of years, according to Bishop.

Despite expected stronger demand in the second half of 2012, buyers should not have to deal with supply issues during the second half. Inventory levels in the distribution channel are in "good shape," connector manufacturers reported. Leadtimes for commodity connectors have been stable over the past year, ranging between two to four weeks. 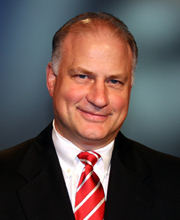 "At this point in time, we don't expect any price hikes," said Brian Krause, Molex's vice president of marketing and communications.Since the price of gold is one of the biggest concerns for connector manufacturers, they are continually looking for ways to use less material, whether through the use of alternative materials or thinner plating.

"Sometimes it's possible to go with a thinner plating thickness if customers over specify what they need for their requirement," said Sideck

"Connector manufacturers are doing everything they can to shrink their gold usage, specifically in the contact areas," Krause noted. "They are also looking at other base alloys and base materials for the contacts themselves."

Over the past 10 years, contact plating has moved from half of the contact plated in gold to selective plating to striped plating, and now microdot plating where the plating is placed specifically in the area that makes contact to try to reduce cost, according to Krause.

Microdot plating is something Molex is looking at to reduce the cost of plating, and "it's definitely being evaluated more and more because it allows manufacturers to specifically plate in the contact area itself," Krause said.

Any changes to the amount of plating and/or materials will necessitate another round of testing. "It has to withstand the OEM's requirements. Typically what you're doing is retesting and going back showing the test results," Krause noted.

Plating is one area where companies are interested in alternatives to gold, agreed Sideck. "Gold has been a big issue, and has probably moderated a little bit recently because the price of gold has pulled back a bit, but it's not just gold," he said.

"The price of oil is up, along with the price of plastics and the price of copper. China and other developing countries have a lot of demand for copper, which drives the price up," Sideck added. 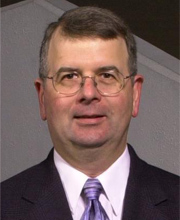 "On average, I think there will be a few percent decrease in pricing, though there will always be certain products where you have some pricing power because demand is very high," said Dave Sideck, FCI's global strategic marketing manager.Connector makers also are looking at different and lower cost materials. Some like Molex are looking to move from high-priced beryllium coppers to more copper alloys.

End market segments come into play when looking at alternative materials, according to connector manufacturers. That is because many markets call out specific specifications that the connector has to meet such as number of cycles, humidity testing, and salt spray testing, Krause said.

FCI's GXT plating, a palladium nickel alloy with a gold flash, has been an attractive alternative to customers because it offers very comparable performance to gold, typically at a lower price, Sideck noted. "There have been some periods where the price of palladium has gone crazy, but generally it will cost less than gold," he added.

For backplane products that have to meet standards, FCI specifies its products at a performance-based level, which give the supplier the opportunity to use gold or the GXT plating depending on the metals prices.

"We have many products where we've performed the qualification testing with both metals, and with both metals intermated, because customers will sometimes have a concern about mating differing materials," said Sideck. "We have a long track record for the [GXT] product. It's not a case where we have new development and customers may be averse to taking the risk. It's a technology that we've had for many years. It's another way to offer savings to the customer."

Sideck added that the GXT plating has helped in recent years to avoid price increases. "As the prices of metals have gone up, it's a way we've been able to mitigate the impact of price increases on customers," he said.

While not exactly a cost-cutting measure, many leading connector manufacturers, including Amphenol, FCI, Molex and TE Connectivity, have cross-licensed more products over the past several years, which not only gives buyers a second source, but also gives them more competitive pricing.