Demand is growing for off-the-shelf Wi-Fi modules and components from suppliers like Murata, TI, and Microchip for prototyping of wearable medical devices.

The connectivity explosion currently under way has some far-reaching ramifications for our health and well-being. For starters, medical devices no longer have to shackle a patient to a hospital bed or even to a medical facility; doctors now can monitor and control on-person devices remotely and even perform adjustments on the fly.

This advance owes its existence in large part to the merging of cell phones, computers, wearable peripherals and personal area networks (PANs). From an economic perspective, cost-conscious insurance companies are driving the trend toward medical wearables as earlier detection and prediction of an upcoming event can reduce patient treatment expenditures.

This article looks at using off-the-shelf Wi-Fi modules for prototyping of wearable medical devices. These devices can accelerate development of the actual medical sensors and circuits, serve as an OEM solution if desired, or, if used as a reference design, be absorbed into a board when a product is ready for release. All devices, data sheets, and training material referenced can be found online at Hotenda’s website.

Several wired and wireless protocols are competing for use in PANs. Wireless solutions include Wi-Fi, ZigBee, Bluetooth, ANT+, 6LoWPAN, and Z-Wave. While all of these protocols feature real and tangible benefits such as lower cost, less protocol complexity and overhead and less traffic to contend with, Wi-Fi is perhaps in the best position to capture the wearable medical device market, for a number of reasons.

One reason is that Wi-Fi is very widely deployed compared to other protocols. Cafes, restaurants, and even public places are being fitted with free Wi-Fi, which makes it an ideal conduit for medical devices that need to communicate directly to the cloud and a medical professional through the public infrastructure. In the case of medical wearables, this direct channel can serve as a backup if our wearable host computer goes down.

Another reason is that Wi-Fi is supported universally on smart phones. This means that as smart phones become the computing and communications aggregator for wearables, our medical device will have a continuous low-power link to the cloud through 3G/4G/5G (etc.) services.

Still another reason is that Wi-Fi offers rudimentary security and encryption. In addition to not wanting anyone to intercept your medical data or hack into your pacemaker, for example, with IPv6 there are enough IP addresses to uniquely identify everyone’s devices. Addressing is not an issue.

Finally, there are several good off-the-shelf Wi-Fi solutions that are ready to use in both chip and modular form. This means that you can leverage the technology without having to become too deeply ensconced in its intricacies. Example schematics, code, layouts, and application support are readily available.

To a designer, copying and pasting a reference design onto a PCB may seem rather trivial. After all, the design has been fabricated, tested, and characterized. What could go wrong?

In the real world, however, because so many things can affect RF performance, even RF chip makers may have to do several iterations of their PCB demo and development boards. In addition, the time-consuming and costly certification process to have a PCB tested can be at risk of needing to be redone every time a non-RF-related change takes place. This adds a lot of cost, risk, and delay, and stretches out time-to-market.

Specifying modules for prototyping and initial production is a good choice for several reasons. Right out of the chute, these modules provide the FCC and TUV certifications and the specific frequencies for compliance around the world. Also, they are testable and can be developed independently from other system components. This let’s you test enclosures, spacing, and component placement for maximum performance, especially since materials in close proximity to antennas can affect RF performance.

One of the best benefits to using modules is the ability to design concurrently. The main application can be designed, prototyped, and tested while an RF module is being developed in the background. This takes some of the pressure off, since even initial production runs of the product can be released with OEM’d Wi-Fi modules, which are available at very reasonable cost.

Data rates may help you decide which modules are best for you. Not every application will need high speed and a lot of power. Take, for instance, the MikroElectronika 3.3 V general-purpose MIKROE-1135 Wi-Fi module supporting the 11-Mbit/s 802.11b standard. The integrated PCB antenna claims a 400 m range, and the firmware-coded stack allows your embedded micro to communicate with it via a standard UART. The snap-in mountable module can be socketed for quick updates and assembly (Figure 1) and is supported by a reference schematic and code examples. MikroElectronika also offers other members of its modular Click™ Series of RF modules. 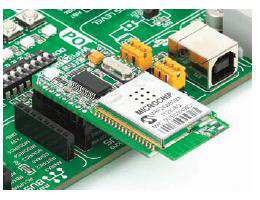 Figure 1: Snap-in modules can be socketed for development and test and also allow a measure of freedom when determining optimum PCB placements for best performance.

One nice thing about this module is that no RF trimming is needed and the device is precalibrated with an already assigned MAC address. Based on an Atmel AVR processor with an internal boot ROM, this module takes (or supplies if you add a local oscillator) a 40 MHz clock from the host system to synthesize all of the needed internal micro and RF frequencies. It can also take a 32.768 kHz clock for low-power modes where it draws 15 mW in soft-shutdown mode. This part does use an external antenna and serial communications via SPI. Digital I/O is also available (Figure 2). 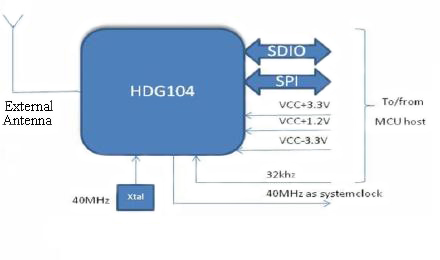 Figure 2: All that are needed are clocks, power, and serial communications to take advantage of this chip-style module. An external antenna may not require trimming.

Texas Instruments also has some 54 Mbit/s Wi-Fi modules ready to use, such as its WL1831MODGBMOCT module, which combines a Wi-Fi 802.11 b/g/n transceiver with a Bluetooth transceiver. As a member if the WiLink™ Series, it is based on TI’s Sitara microprocessors and has stack and software support for Linux, Android, Wi-Fi, and Bluetooth pre integrated with AM335x Development Kits.

Several other contenders are ready for use, like the 54 Mbits/s Microchip RN171XVS-I/RM general-purpose Wi-Fi module and the 54 Mbit/s H&D SPB800-BCP1 in a surface-mountable circuit board. A major claim to fame here is immediate wireless connectivity to the Internet or to a local area network for any devices with UART or RS-232 connectivity.

A slightly faster 65 Mbit/s data rate comes from Murata with its Type TN 802.11b/g/n and Bluetooth 4.0 combo module, the LBEE5ZSTNC-523. Murata has a family of RF modules that can also connect medical devices to Bluetooth and even 900 MHz radios for longer range and better wall penetration (Figure 3).

Inventek has an interesting UART-fed ISM43362-M3G-L44-E-C2.4.0.2 module for 802.11 b/g/n Wi-Fi with a microstrip antenna and the ability to connect an external antenna (Figure 4). This part also features simple serial communications, but, with multiple SPI, UART, and USB ports, it can act like a mini hub all on its own (note also the A/D converters on the module for mixed-signal functionality).

Figure 4: When more than one serial port is available on a module, it can act like a mini communications hub and a server to several medical devices. This allows several distributed sensors like EKG probes to all need only one single RF channel.

BlueGiga has a family of WF111 and WF121 Wi-Fi Modules with and without external antennas such as the 72 Mbit/s WF111-E for use with an external antenna and the WF121-A with internal antennas. Even faster — 150 Mbit/s — data rates are available on the Sagrad SG901-1059B-5.0-H general-purpose 802.11 b/g/n/ module, which uses an external antenna. Using a USB 2.0 interface, the integrated RT3070 single-chip solution integrates a 150 Mbit/s PHY and fully complies with the 802.11n 3.0 draft and feature set. Note that a 300- or 400-MIPS process is needed to fully drive this part to its full performance level. So far, 32-bit ARM and x86 architectures have been tested with this module, as have 64-bit x86 processors.

Medical device makers may be experts in developing healthcare products for patients and doctors, but they are unlikely to be equally proficient in wireless communications. Here is where the modular solution lets them more easily design a wireless version of their medical sensors or treatment systems. While one team chugs away developing an optimal medical solution, another team can be refining the necessary low-cost RF link. This provides a fast-time-to-market solution with the lowest risk, and potentially much lower cost, especially if FCC certification tests have to be repeated.