Review of techniques that can be used to isolate motors (and heavy inductive loads) from driver and sense circuitry.

Motors used in machinery vary in size from smaller than a finger to larger than a truck. Whether positioning an indicator on a gauge, or driving a locomotive, these inductive loads can wreak havoc on control circuitry that needs to be able to switch high voltages and currents rather quickly.

The same is true when sensing motor status. In-line current sensors for example, can be subject to huge spikes and surges due to the electromotive kickback as the drive waveform switches polarities and loads. What’s more, this motor-sense data needs to be reliable in real time to make possible more precise applications like medical-infusion pumps and drug-delivery systems.

This article looks at some techniques that can be used to isolate motors (and heavy inductive loads) from driver and sense circuitry. This helps protect the often sensitive analog front ends that can easily be damaged when overstressed with higher voltages.

All parts, data sheets, tutorials, and development kits referenced here can be found on the Hotenda website.

A gap in time

The simplest isolation technique is actually a semi-isolated solution. It is based on the fact that when relays or contactors are in the open position, an air gap is in series with the current loop providing near-infinite resistance. This is a very good form of isolation.

However, when a relay or contactor is switched to the “on” position, galvanic isolation is gone. If the control board references the same ground as the drive power, then any noise effects will also reference the same ground. This not only lets ground surges interfere with control circuits, but also helps negate any common-mode noise-filtration techniques used in the sensor stage.

Sensing solutions can use filtering, attenuation, gain, and clamp techniques to remain non-galvanically isolated but still protected. But in-line current sensors, for example, can be subject to huge spikes and surges due to the electromotive kickback as the drive waveform switches polarities and loads.

Isolation in a bi-directional sense is needed. This means that the motor, sensors, and drivers can all effectively float in reference to each other. In reality, systems will use and reference one primary ground at some point like earth ground. However, for practical analysis, they are isolated.

Several good technologies and techniques exist that can help us protect our drive and sense circuits. A simple technique to use in the design stage is to make sure that hysteresis exists in your design (Figure 1). This window protects against state oscillations when an absolute threshold is used. 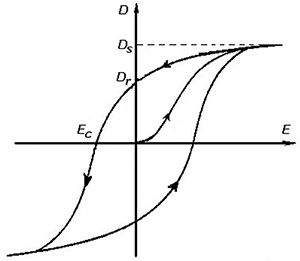 Figure 1: Hysteresis designed into a motor-control loop is a simple but effective way to help eliminate some of the turn-on and turn-off chatter as sense thresholds are reached.

Used in combination with varistors, surge suppressors, and transient suppressors, opto-isolation is a good technique for up to 50,000 volts with parts such as the TT Electronics OPI150, which uses a axial-tubular construction to deal with the very-high-voltage levels (Figure 2).  Note that at some point, voltages can get high enough to arc across the pins on monolithic devices, especially in the small packages with fine pitch.

Figure 2: In order to maintain 50,000 volt isolation, these optically-coupled isolators need around 3 inches of separation. Monolithic surface-mount packages will arc over at very-high-voltage levels.

Another point is that multiple isolators inside a single package make effective solutions for individual control of three-phase motors. Note that all LED drivers should be on the same side as the isolated-power rails. Do not, for example, use three drivers from a quad part to drive the coils of a three-phase motor and use the fourth as a tachometer back to the controller. Use a separate opto-isolator for the tachometer.

In addition, current ranges from 20 mA to 160 A can be directly driven by logic. Take, for instance, the Crydom HDC200D160 solid-state relay contactor. Designed for inputs from 4 to 32 V, output current levels up to 160 A in an SPST configuration can be switched in an On, Off, or PWM-based configuration using an internal 2.5 KV opto-isolator. Note, even with the low 4 milliOhm on-state resistance at full current this part needs to dissipate 100 watts.

Making sense of it all

While useful for isolated driving and control, photovoltaic isolation can also be employed to isolate sensor systems that monitor and send data back on motor speed, acceleration, current, phase angle, and more. This becomes a bit trickier to isolate since analog signals are passed instead of just digital on/off controls.

One technique that can be used effectively is voltage to frequency. Once normalized and linearized, a sensor’s value can feed a voltage-controlled oscillator which drives an opto- isolator going back to the controller board. The controller accumulates a gated count to recover the value.

In a similar fashion, Pulse-Width Modulation can also be used whereas the pulse width corresponds to the value within a normalized range. The advantage of PWM is that each sample can represent a reading. With the VCO approach, the gated accumulator can have a slower response time, but it has the advantage of averaging out impulse noise since a corrupted reading will only be a bit or two in error.

Linear opto-isolators are not as common as digital ones, but they do exist. Consider, for example, the Vishay IL300-F-X007 linear opto-isolator. This part uses two detector diodes, one in the output stage, and one that can be used in the feedback loop of the driver stage. This allows an op-amp to be used to bias the emitter part of the opto- isolator in a linear manner (Figure 3). As the input signal increases, so does the output current while remaining isolated. 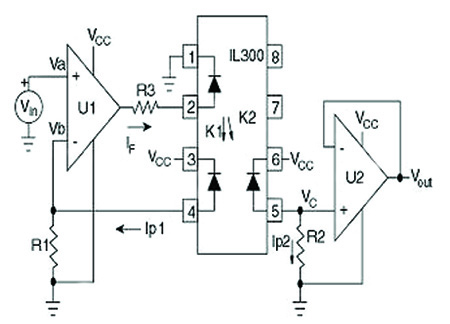 Figure 3: By using two closely matched photo detectors illuminated by the same photo emitter, one can be used in the linear-driver feedback loop. The other reports the same condition while remaining electrically isolated.

Reinforced barriers are also proving to be a successful option for providing high-voltage isolation for sensor purposes. Texas Instruments' AMC1305x high-precision, reinforced isolated delta-sigma modulators are an excellent example of an integrated-sensor system designed to provide monolithic isolation of fairly high resolution analog levels (Figure 4). It uses a capacitive double-isolation barrier to separate the input from the output stages and achieves a 7,000 V peak and 10000 V surge rating compliant with several VDE, UL, and CSA standards.

Figure 4: A capacitive double-barrier isolation technique is used in this single-chip isolated-sensor interface and driver. A digital filter can extract 16-bit resolution at 78 K samples/second while protected up to 7,000 V. Note the floating power supply that allows the sense portion to float with the load.

By using a shunt resistor in the motor-phase conduction path, it can acquire a low-level signal that feeds a delta-sigma modulator. The modulator’s output is fed back to the control micro that can use digital filtration algorithms to extract a 16-bit resolution at 78 Ksamples/sec.

TI cites the sigma delta filter in its dual core Delfino processor as a prime candidate for implementing the isolated-motor-current sense algorithm and offers the TMDXDOCK28377D eval kit to assist design engineers.

With such a wide number of motor uses every design becomes a story unto itself, but the common need is to protect microcontrollers and sensor interfaces from the dangers of quickly changing motor loads and conditions. As this article has noted, several good isolation technologies are ready for use to help solve whatever you are up against.

For more information about the parts discussed here, use the links provided to access product pages on the Hotenda website.