New orders for new boards declined slightly as the board book-to-bill ratio remained flat at 0.99. 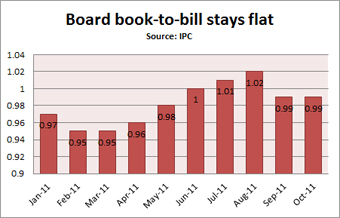 “North American PCB sales are down from the previous month, but this is a normal seasonal pattern,” said Sharon Starr, IPC market research director.