Shipments of rigid and flexible printed circuit boards increased 4.3 percent in January compared to January 2010, but new orders for boards declined 6.5 percent, according to the Association Connecting Electronics Industries (IPC).

The good news is that shipments in both segments are still ahead of the same month last year and the numbers look stable, said McGuirk. 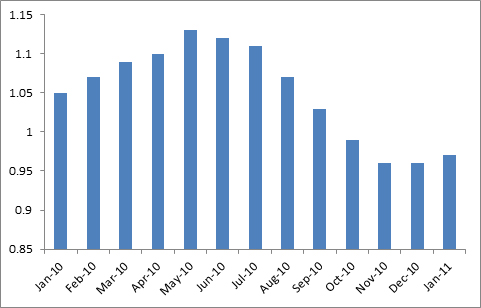