Ample capacity means manufacturers can meet an increase in demand without leadtimes being impacted. 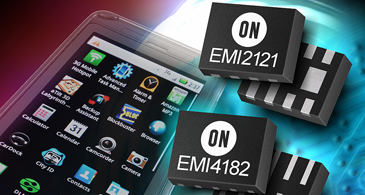 Buyers can expect stable supply and pricing for integrated passive devices (IPDs) in 2012. Leadtimes for thick film resistor-capacitor (RC) networks typically range from six to eight weeks, while deliveries for silicon-based protection and filter devices are comparable in the eight- to 12-week range.

While suppliers do not expect any supply issues this year, there was "some minor fluctuation in deliveries" for silicon-based devices, due to the floods in Thailand which impacted backend assembly/packaging/test houses, according to Ashok Chalaka, president and CEO, OnChip Devices Inc., based in Santa Clara, Calif.

"We don't anticipate any supply/leadtime issues for the rest of 2012," added Chalaka. "We are seeing a slight increase in demand, which should continue over the next six months. We have put sufficient resources in place to adequately support this additional demand."

IPD manufacturers said prices for IPDs are stable this year. However, some suppliers said there may be some price erosion later in the year. Materials pricing remains stable, they said, which means price hikes are unlikely.

IPDs can be either ceramic- or silicon-based parts. IPDs including resistor/capacitor and inductor/capacitor (LC) networks from passive makers like Vishay and KOA Speer are typically custom-type devices, targeting high-reliability markets. They are used for filtering, AC coupling, and line termination.

Silicon-based devices from suppliers such as ON Semiconductor and OnChip are used for protection from electrostatic discharge (ESD) or transient voltage suppression (TVS), and as electromagnetic interference (EMI) or radio frequency interference (RFI) filters to protect data ports, LCD interfaces, and camera modules for cell phones and other portable devices.

About 10 years ago, IPDs or integrated passive/active devices (IPADs) – typically integrating diodes – were supposed to be the next big thing in passives. However, demand never took off, mostly because of their price. IPD manufacturers could not get customers to look at the cost comparisons between an IPD and discrete solution from a total cost of ownership (TOC) perspective. This takes into consideration the pricing per unit, as well as placement, soldering and inspection costs and the benefit of board-space savings. 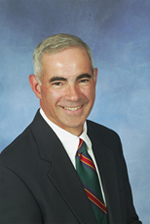 One example is Bourns' Model CDDFN10-0506N device that provides ESD and electrical fast transients (EFT) protection for high-speed data ports. The TVS array protects up to six data lines, and is housed in a DFN-10 package.

Vishay also offers similar devices, in addition to its thick film parts, such as the 4-line ESD-protection array in an ultra-small LLP2510 package. These devices protect high-speed data lines in applications such as USB 3.0, HDMI, DisplayPort, eSATA, and 1394/Firewire in mobile electronics.

"IPDs are still considered a niche portion of the passives market," said Valletta. "Saving space seems to be the driver, and the value of that space offsets the higher cost of the integrated part," he added. 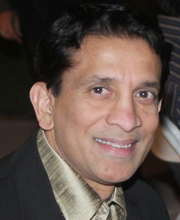 “We don't anticipate any supply or leadtime issues for the rest of 2012 for IPDs," said Ashok Chalaka, president and CEO, OnChip Devices Inc.Silicon-based IPD suppliers said pricing is becoming less of an issue as they move to smaller package sizes. "With chip-scale-packaging (CSP) solutions, cost continues to be a factor when compared to discretes," said Chalaka. "However, the trend has been to move away from CSP and offer IPDs in miniature IC packages. These new packages have very low cost and have given the ability for IPD manufacturers to shrink their chip size,” he said.

OnChip plans to introduce a series of smaller and low-profile devices. The company also is "in the process of developing multi-chip and stacked chips in the same package, which will continue to make IPDs more cost effective and space efficient," said Chalaka.

Discrete solutions have the perception of a lower cost, but in reality, the cost benefits are deluded by needed EMI countermeasures, said Tim Micun, director of marketing, mobile protection products, ON Semiconductor, based in Phoenix, Ariz.

Silicon IPD makers have found a lucrative niche in the portable device market for their filter devices with ESD protection. These devices can replace several passive components, which is a considerable spacing savings, particularly for mobile devices. 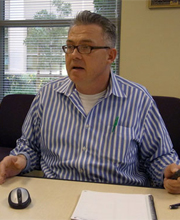 “Discrete solutions have the perception of a lower cost, but in reality, the cost benefits are deluded by needed EMI countermeasures,” said Tim Micun, director of marketing, mobile protection products, ON Semiconductor."As consumer electronics continue to become smaller and more sophisticated, the need for IPDs has become more compelling," Chalaka noted. "An IPD consists of one or more of the following elements: resistors, capacitors, diodes and inductors. A typical IPD may have anywhere from two of these elements to over 50."

"As ICs continue to achieve higher speed, work at lower power/voltage levels and are manufactured with smaller geometries, the need for ESD and TVS become greater," said Chalaka.

Micun noted that the Mobile Industry Processor Interface (MIPI) industry standard for wireless handsets, an initiative to reduce the number of lanes required to support multiple cameras and displays, "crowds out the passives manufacturers."

By integrating ESD protection and EMI suppression, the devices offer a space savings of up to 50 percent compared to competitive solutions, noted ON Semiconductor, offering a significant bill-of-materials (BOM) savings for buyers, along with a turnkey solution for designers. These devices can replace up to nine separate discrete solutions.